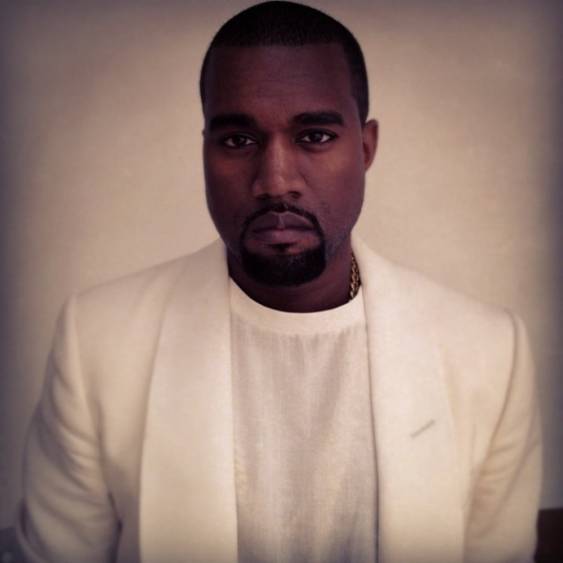 It looks like Kanye West is back to his old ranting ways. The outspoken 36-year-old rapper took to Twitter today after a leaked version of the video for his single “Black Skinhead” from the recently released album Yeezus hit the Internet. “The BLKKK SKKKN HD video that leaked yesterday was not the official version,” he stated. “Me and Nick Knight have been working on this video for 5 months and for creatives it’s heartbreaking when something like this happens.”

We were unaware that he and Knight were collaborating for a music video, but given West’s penchant for the fashion photographer’s work—Knight recently shot him for W magazine—we’re not surprised. West went on to stress that the finished product will be far superior to what anyone may have seen in the leaked version, writing, “Allow me and Nick to give the world what we’ve been losing sleep over.” He then asked websites who posted it to take it down—and even said please. We couldn’t help but notice that this Twitter rant was far different from his usual Caps Lock infused diatribes, and we speculate that perhaps Kim Kardashian and their new baby girl North West may have mellowed him out.

Of course, he ended his tirade with a swift, “And to who ever leaked the video… FU* YOU!” Clearly, he hasn’t let go of the Caps Lock key entirely, but at least he’s making progress. Frankly, we understand his frustrations. If a fashion designer like Alexander Wang‘s debut line for Balenciaga were photographed prior to their completion, everyone would be pitying him. Why can’t people extend the same courtesy to music videos?

Well, Kanye, we’ve got our eyes peeled to see exactly what this video will hold. What do you think of Kanye’s latest rant?