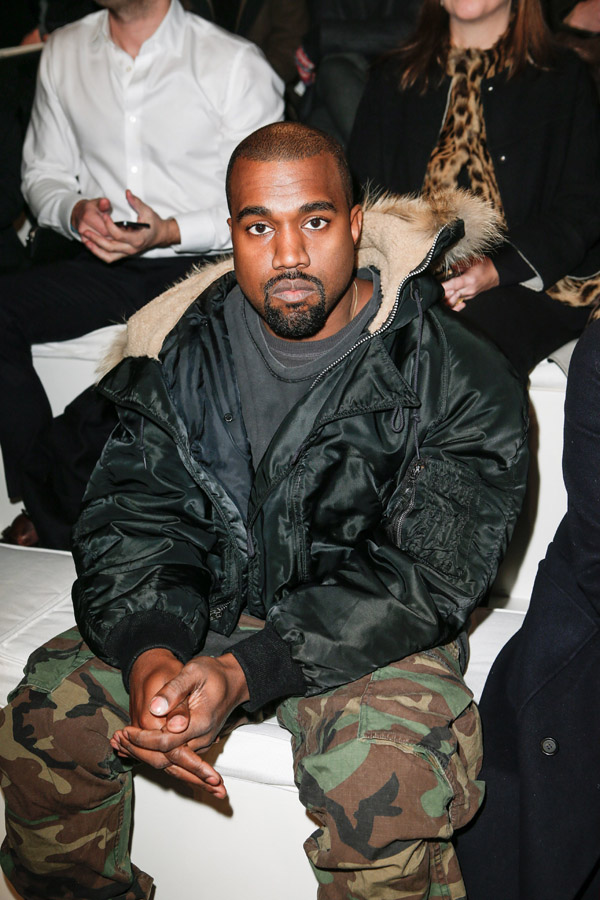 Nobody loves himself more than Kanye West, which the rapper, sometimes designer, and husband to a Kardashian proves time, and time again. We’ve heard him go on various rants before about how he should be appreciated as the “fashion genius” he is, so we’re not terribly shocked he’s done it again, this time on Twitter.

In the wee hours of this morning, West started spewing statements like “I have a million ideas and I represent a new generation,” and “fame is often looked down upon in the design world” on the social media site. Okay, Kanye.

The fairly crazy Tweets have since been taken down, but thanks to the magic of the Internet they’ve been captured for us all to enjoy. 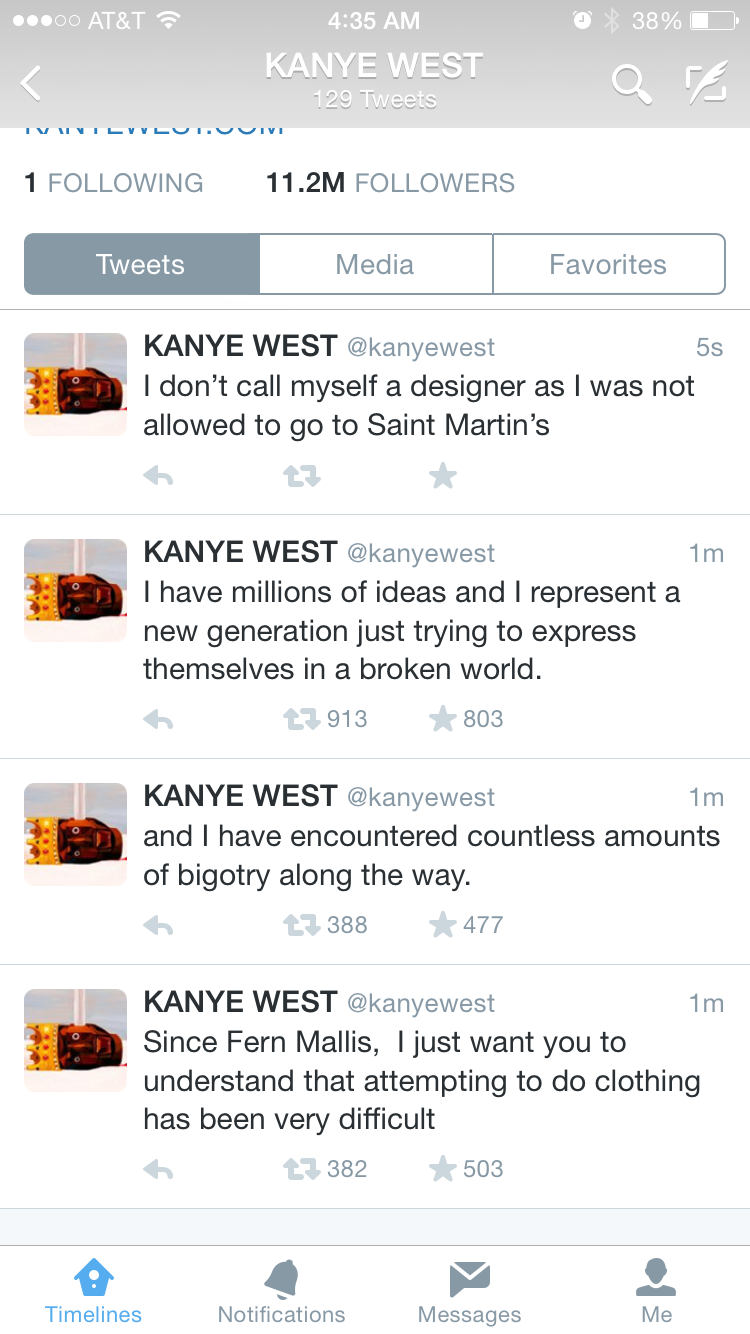 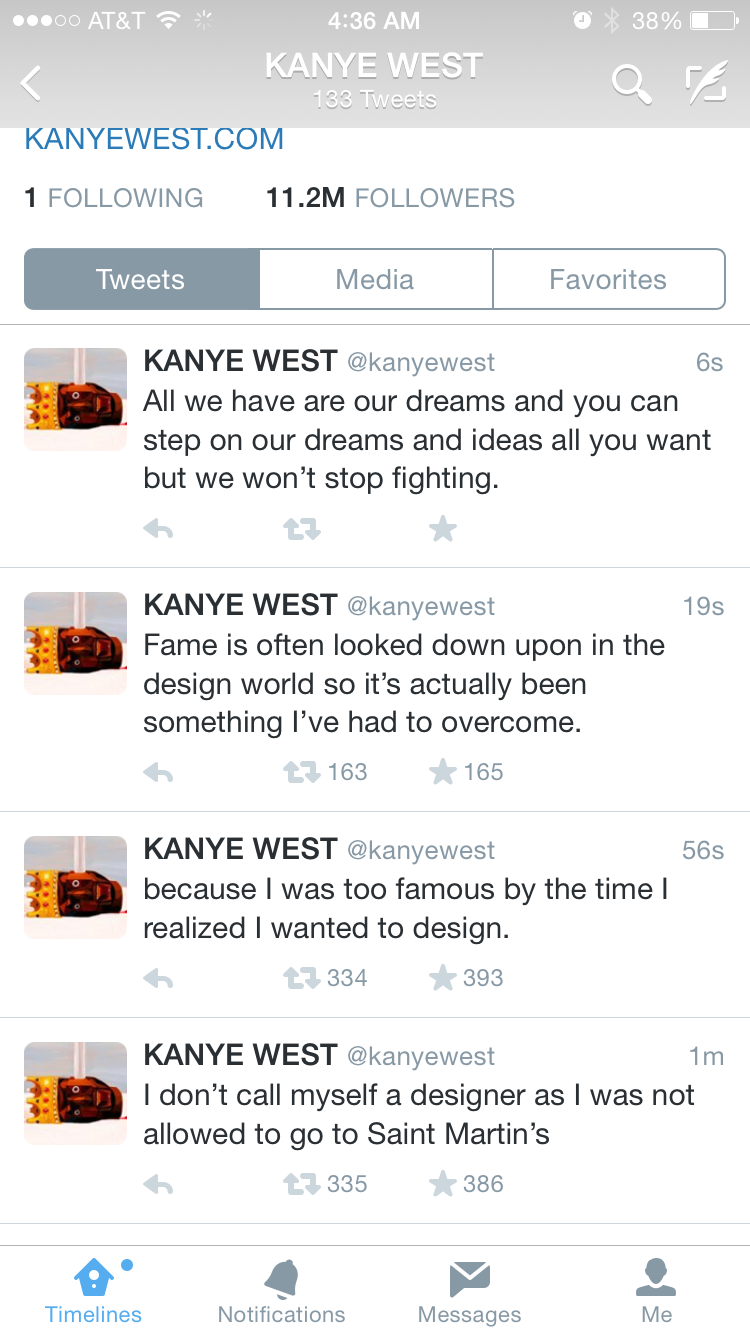 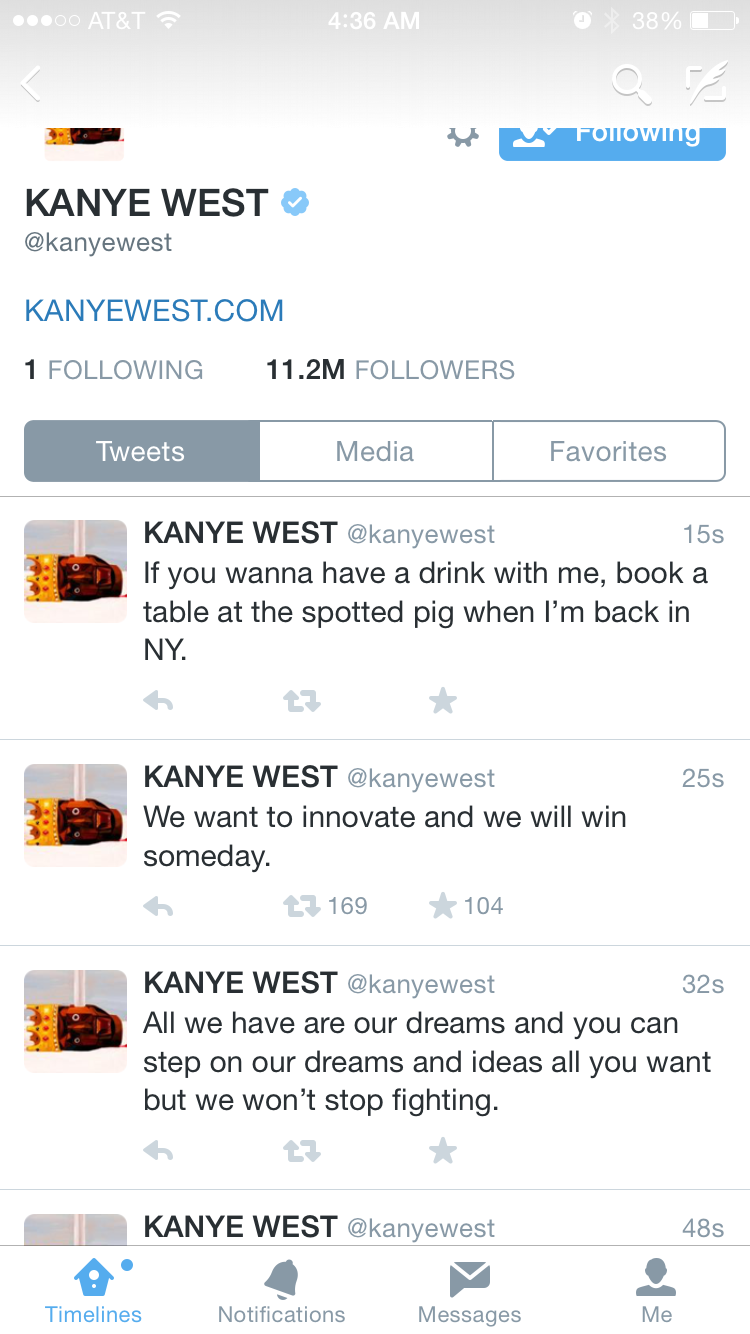 We’re pretty sure the catalyst for the rant was a few not-so-favorable reviews of Kanye’s debut collection for Adidas, particularly Cathy Horyn’s take on the collection in New York magazine where she wrote that “the fledgling designer needs stronger feedback from the fashion world.”

Fern Mallis, who’s largely credited with starting New York Fashion Week, also came out this week in The New York Post saying: “I’m kind of over Kanye…I mean, I’m not a fan of his music, and the attitude and the agenda is not my style.”

As an aside: we would like to have a drink with you at The Spotted Pig Kanye. Let’s set that up stat.