It’s been less than two days since Kanye West reactivated his Instagram and he’s already starting drama on the internet. The 40-year-old rapper is being accused of dissing his former best friend, Jay-Z, and his wife, Beyoncé, by leaving them out of his Instagram roundup of iconic couples.

In a now-deleted series (West has since deleted his Instagram again), the “Stronger” rapper rounded up more than 50 celebrity and fictional couples who he deemed iconic. To pay homage to the pairs, West posted pictures of them on his Instagram.

And though the roundup included dozens of fan-favorite couples, such as David and Victoria Beckham and Robert F. and Jackie Kennedy, there was one beloved pair that was noticeably missing: Beyoncé and Jay- Z. 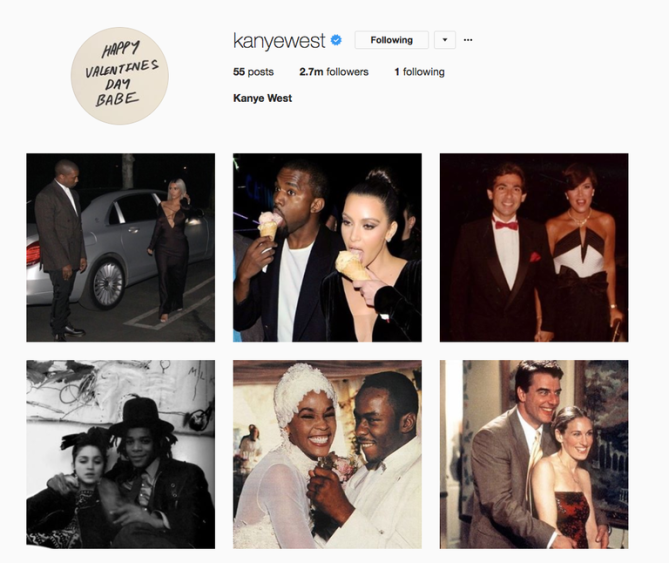 After noticing that the Grammy-winning duo was missing from the list, fans immediately interpreted the move as a shady diss on West’s part. Several fans scolded West for his low blow, calling the move “disrespectful” and “passive aggressive.” Others praised him for subtly shading his ex-BFF without saying a world.

MORE: The Internet Is Roasting This ‘White Beyoncé’ Wax Figure for Looking Nothing Like Her

Fans of West and Jay-Z will know that they’ve been embroiled in a feud for some time. It all started in July 2016 when West tried calling out Bey and Jay-Z by alleging that she wouldn’t perform at the MTV Video Music Awards that year unless she won Video of the Year over him and Drake. The callout spurred Jay-Z to admit in an interview with The New York Times that his relationship with West is “complicated.”

And though it seems like the rappers’ wives, Bey and Kim Kardashian, seemed to have patching things through at mutual friend Serena Williams‘s wedding last year, it doesn’t seem like West is ready to let bygones be bygones just yet. Come on, he created an Instagram for less than two days just to diss his former best friend. Talk about shady.