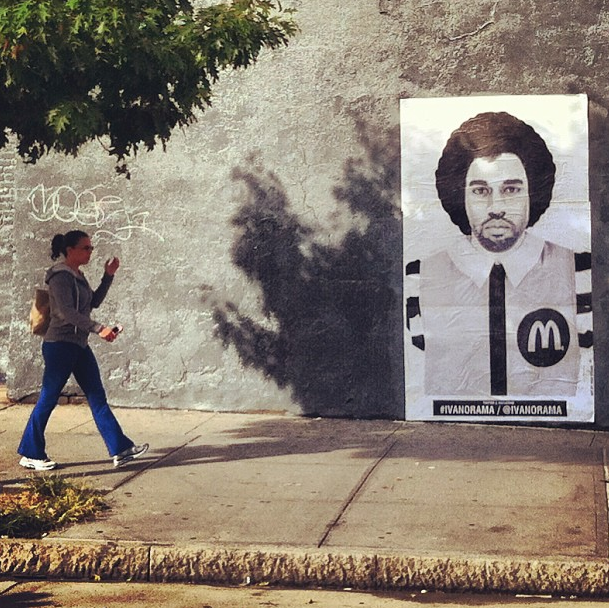 This story really starts in 2005, when rapper Kanye West dropped by the studio of British radio DJ Tim Westwood. Westwood asked Yeezy if he would do a freestyle rap on the air, and Kanye obliged, at one point rapping, “I ain’t no clown like Ronald.” Eight years later, he’s eating his words.

New York City-based street artist Ivan Orama has turned Kanye into the iconic McDonald’s mascot Ronald McDonald, and posted the image up all over Manhattan. We saw the Kanye poster out and about around town, and upon further research, discovered he has given similar treatment to other big stars, like Michael Jackson and even one who might be considered the original street artist: Andy Warhol.

While the clown reference here is obvious, we think it’s a bit too straightforward to assume Orama is painting some of our time’s most iconic artists as literal clowns. We suspect a hint of irony in the work, and actually think Orama might consider Kanye a powerhouse artist considering the company he’s keeping in this new street art-fueled clown car. (Especially since, on many occasions, Kanye has referred to himself as the Michael Jackson of rap.)

See a few more photos of Orama’s work below! 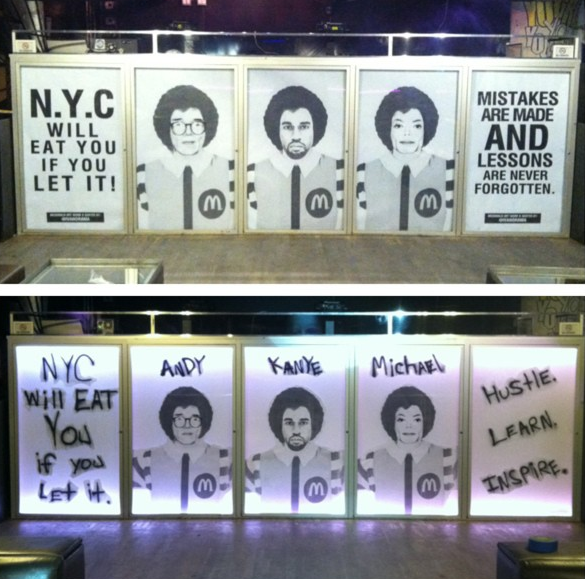 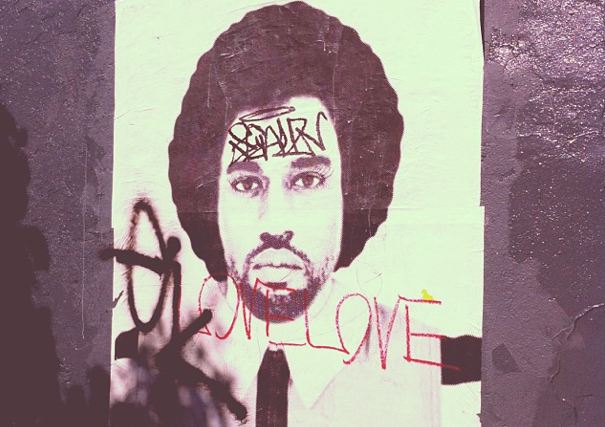