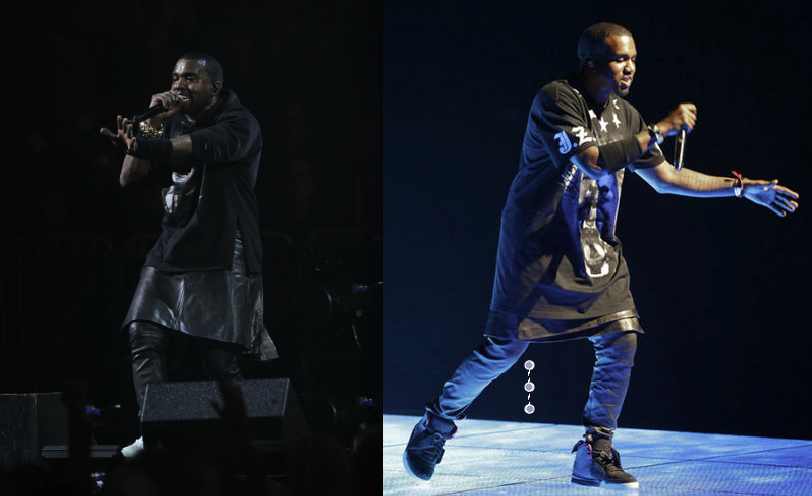 Last night’s hotly anticipated 12-12-12 concert, which raised a whopping $30 million (and counting) for Sandy relief, brought out a slew of high-profile performers including Billy Joel, Jon Bon Jovi, Alicia Keys, and The Rolling Stones. However, the star of the night was arguably Kanye West and his pleated leather Givenchy skirt.

Yeezy took the stage to sing a rousing compilation of his biggest hits like “Gold Digger” and “Stronger,” wearing a somewhat odd outfit consisting of leather pants and a matching leather skirt. Naturally, the Twitter-verse burst into action, with many people commenting that his choice of attire seemed somewhat inappropriate for the benefit. What many didn’t realize, however, is that last night’s concert wasn’t the first time West has sported a Givenchy leather skirt on stage—Yeezy donned the outfit at last year’s Watch the Throne tour. As evidence, we present the above photo: At right, West at the 12-12-12 concert; at right, West on tour last year.

Granted, we’re big West fans, so maybe we’re biased, but we thought wearing a Givenchy leather skirt was pretty awesome. But it can be argued that he found himself stranded with Kim Kardashian‘s Louis Vuitton luggage and had to make do with what she had.

What did you think of Kanye’s look?