Last week, President Obama offered some friendly unsolicited advice for Kanye West, should he ever take over the POTUS position. For those who need a refresher, Yeezy announced his “plans” to run for president in the 2020 election at this year’s Grammy Awards and then, of course, dropped the mic.

Assuming Yeezy (Peezy?) makes it to 1600 Pennsylvania Avenue with Kim, North, and Baby #2 in tow, we imagine his White House would look vastly different than the one he’d inherit.

After all, plenty of First Families have upgraded the 200-year-old landmark to suit their tastes. Mary Todd Lincoln famously went $6,000 over a $20,000 appropriation to fix up the “shabby” residence (which didn’t even include enough matching china for 12 people). Chester A. Arthur auctioned off 24 wagonloads of priceless historic artifacts, while under Truman’s presidency, the entire place was modernized and gutted from the inside out.

Gerald Ford decked out the Oval Office in some seriously drab taupe and khaki colors in the 1970s, and a decade later, Nancy Reagan once famously planned to tear down a wall in the Lincoln Bedroom. But in the age of smartphones, selfies, and 24/7 reality shows, the White House setting would be poles apart.

As tradition dictates, it’s the first lady’s job to oversee decoration, meaning none other than Kim Kardashian West would be our modern-day Jackie Kennedy, so it’s hard not to imagine what that White House might look like based on the couple’s far-out fashion sense, pictures from their current Beverly Hills mansion, and of course, lyrics from some of West’s best songs. 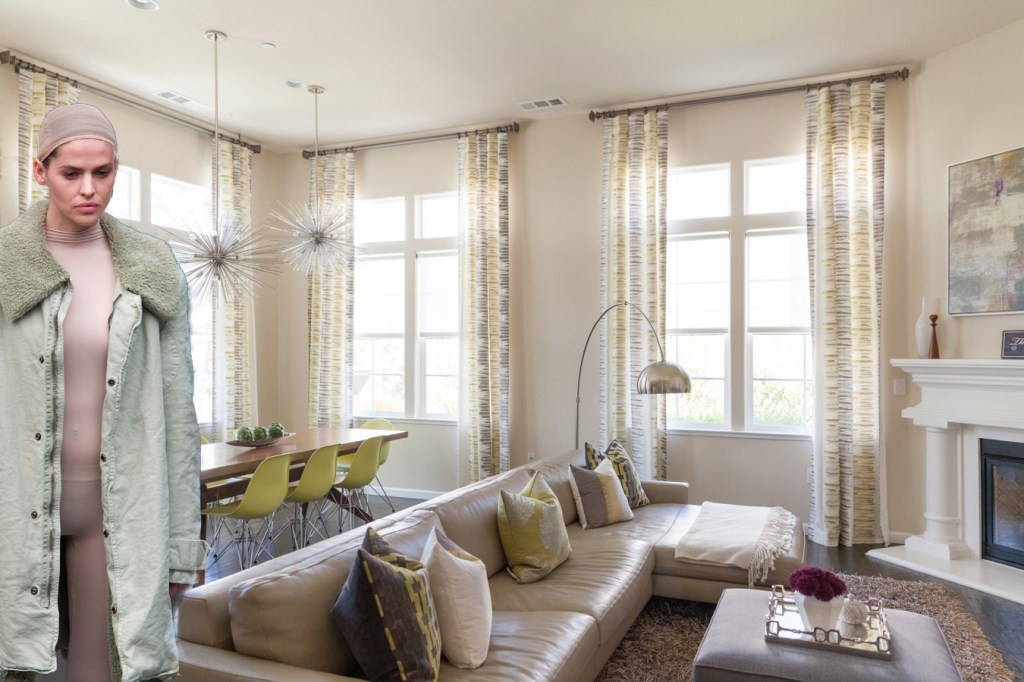 Critics had mixed reviews for Yeezy’s collection, but the palette would be perfect for the White House. Photo: Homepolish/Imaxtree

THE EXECUTIVE UPGRADE: In a collection that editors referred to as “Hunger Games chic” and “meh,” Kanye showed off a line full of nude body stockings, camouflage, and muted grays. Call us crazy, but this is actually a pretty good interior decor palette for a formal parlor or even up in the Residence. Throw a few pictures from his shows on the wall, and you’ve got a very presidential, Peezy feel. 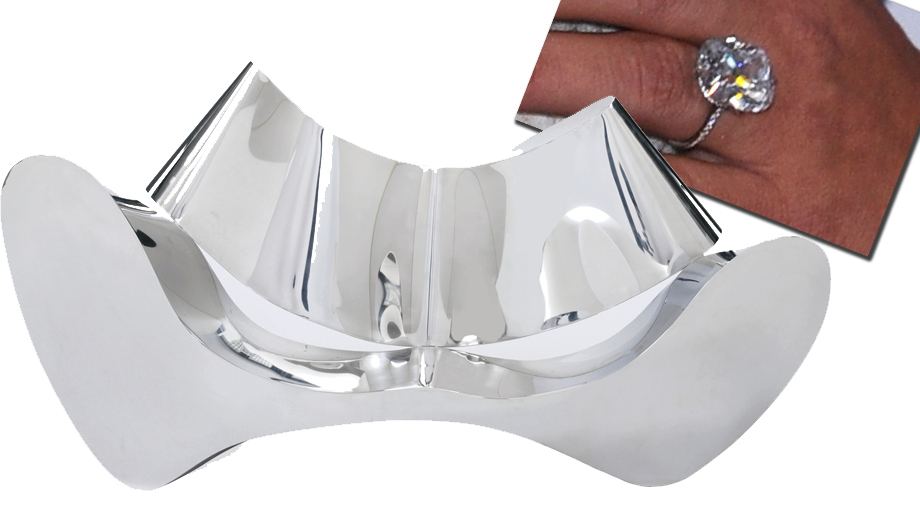 THE EXECUTIVE UPGRADE: You should expect the Kardashian-West White House to be incredibly opulent and excessive given that both the would-be president and the potential first lady have millions in personal wealth to their names. So why not put a bid on the world’s most expensive sofa, designed by Israeli-born architect and artist Ron Arad? At more than $200,000 and made of super-uncomfortable mirrored steel, this is the kind of impractical, unnecessary object we’ve come to expect from these two (though it’s peanuts next to Kim’s estimated $2 million ring). 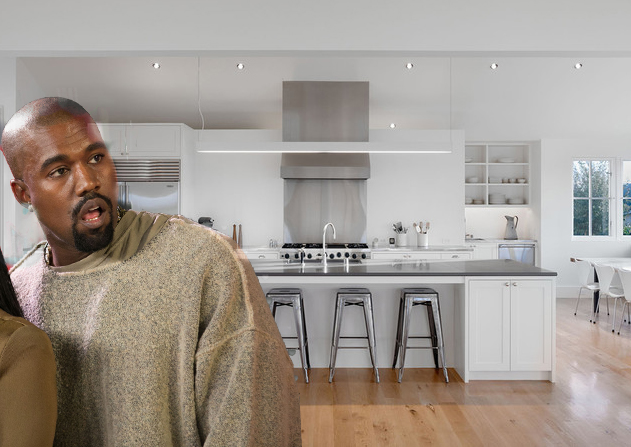 A sleek kitchen in the Residence means buttery croissants at any time. Photos: WENN, Bruce Damonte for Minday

THE INSPIRATION: “Hurry up with my damn croissants.” –Yeezus, 2013

THE EXECUTIVE UPGRADE: No padding down to the White House kitchens for a midnight snack for this POTUS! We picture Peezy bringing in several top pastry chefs from Balthazar and Pâtisserie Sadaharu Aoki to be on call around the clock. They’d work out of the Residence that’s been redone with a gourmet French kitchen so fancy that croissants are only minutes away. 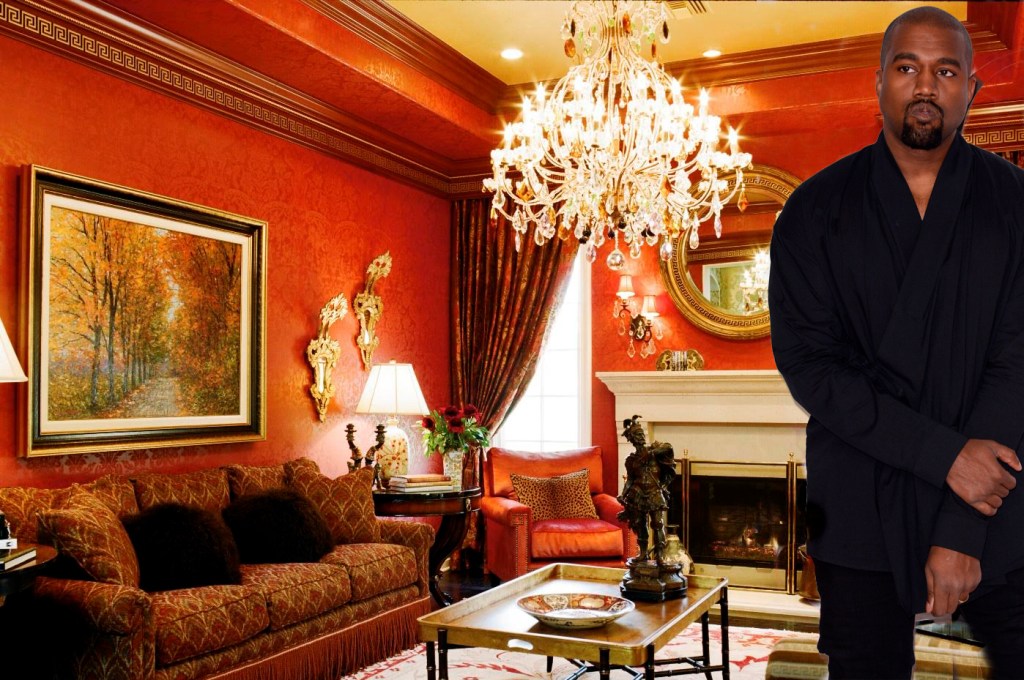 THE EXECUTIVE UPGRADE: Given his pretty ace wordplay, we assume that Kanye is a big fan of Tony “Scarface” Montana’s home in the classic 1983 film. We’ll take our design inspiration accordingly with OTT gold gilt crown molding and a nice burgundy paint that lets everyone know who’s the rapper-in-chief. 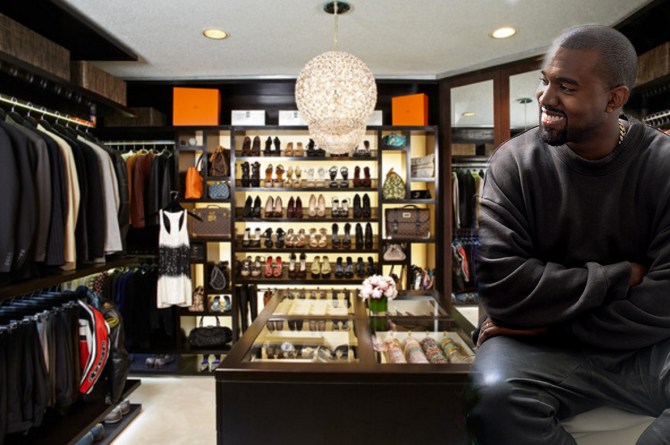 Perhaps one of the guest bedrooms could be turned into a bespoke walk-in closet. Photo: Getty Images/LA Closet Design

THE INSPIRATION: “Spitting fire on the PJ in my PJs / Fire Marshall said I took it to the max like TJ / Y’all ain’t peep? I said Marshalls, replay / I guess I’m like the black Marshall meets Jay.” –”Kinda Like a Big Deal,” 2009

THE EXECUTIVE UPGRADE: Not only do we know now that Kanye’s a fan of the “Netflix and chill” movement, we can also assume he’s in need of a maxed-out walk-in closet for his vast wardrobe of trainers and leather pants that are most certainly not from Marshalls nor TJ. The only one for the job? L.A. Closet Design, which offers bespoke walk-in closet experiences starting at $60,000. 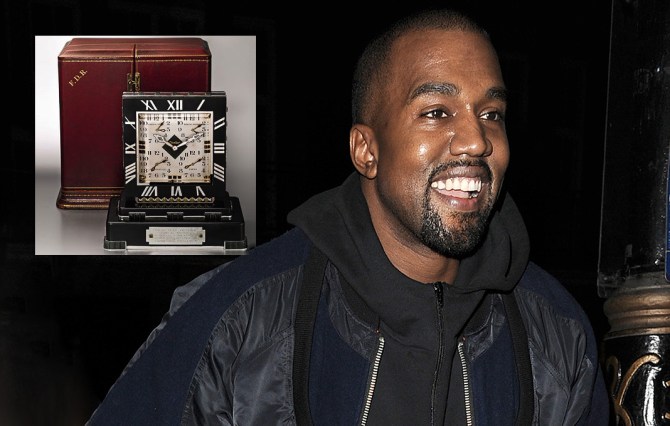 What better way to watch the hours tick by than with a Cartier clock once owned by FDR? Photos: WENN/Christie’s

THE INSPIRATION: “No one man should have all that power / The clock’s ticking, I just count the hours.” –“Power,” 2010

THE EXECUTIVE UPGRADE: Truly, Yeezus is the cornerstone of democracy with this lyric, emphasizing to all of America the important system of checks and balances (not to mention time management!). To remind him of the time, we think he’d go after this Cartier Victory Clock, built for none other than FDR. It was auctioned off in 2007 for $1.6 million, but we think Kanye should be able to get it back for his own run in the Oval Office. 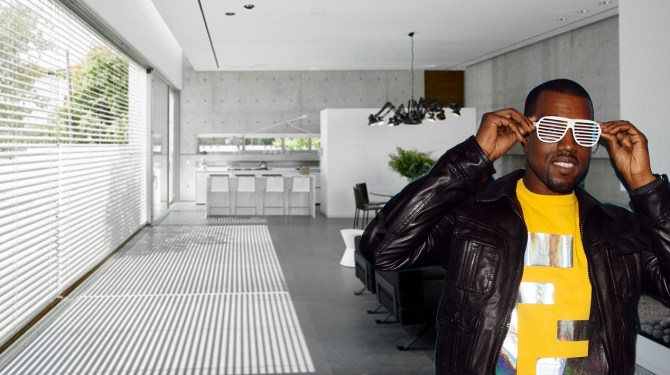 THE EXECUTIVE UPGRADE: For a man who doesn’t see life out of rose-colored glasses, but rather, through one FCC censor bar at a time, Venetian blinds are a perfect match.