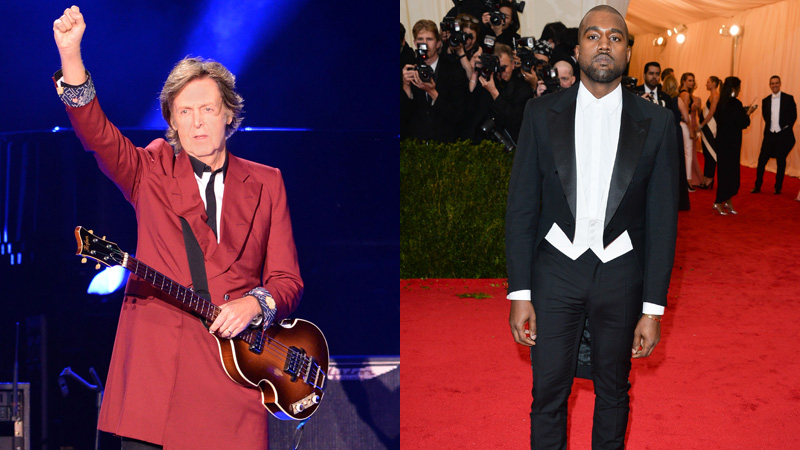 You can’t check out the gossip rags these days without reading something about Kanye West, but here’s some news that extends beyond his antics with Kim Kardashian: Reportedly the rapper has a collaboration in the works with Paul McCartney.

MORE: 10 Celebrities Who Stripped Down for the ALS Ice Bucket Challenge

The New York Post is reporting that the pair is secretly recording tracks, which could—according to sources—turn into an album. A little preview of what to expect? One track is charmingly titled “Piss on My Grave.”

Interestingly, McCartney has previously expressed that he was interested in collaborating with a rapper such as West or Jay-Z, having already worked with plenty of musicians in varying genres, like Michael Jackson to Elvis Costello. West, meanwhile, has had a long history of collaborations, having worked with Jay-Z and Rihanna of course, but also indie artists like Bon Iver and La Roux, as well as icon Elton John, all of whom appeared on Kanye’s 2010 opus “My Beautiful Dark Twisted Fantasy.”

But Abbey Road meets Yeezus? We gotta say: We’re pretty pumped to see how this turns out.

Are you excited to see this collaboration come to fruition? Share your thoughts in the comments below!