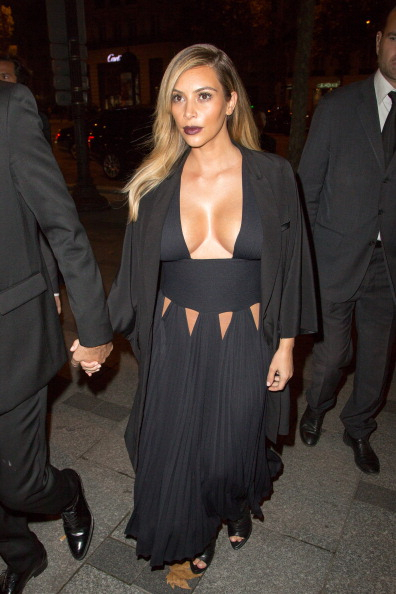 Look, we all know Kanye West is—despite his obvious talent—slightly deluded (he often equates himself with God), a massive braggadocio (again, the whole God thing), and, most recently, a fashion evangelist for his fiance and baby mama Kim Kardashian. His latest sermon? Trying to convince the world that she deserves the cover of Vogue—possibly more than Michelle Obama did.

The rapper was blatant about his thoughts, telling Ryan Seacrest: “There’s no way Kim Kardashian shouldn’t be on the cover of Vogue,” adding “She’s like the most intriguing woman right now. She’s got Barbara Walters calling her like every day,” he said.

He continued by saying he thinks Kim wields more influence than the First Lady because the First Lady didn’t share an almost-naked photo of herself, like Kim did last week in a skimpy white bathing suit that revealed eye-popping amounts of T&A.

“No one is looking at what [Barack Obama] is wearing. Michelle Obama cannot Instagram a pic like what my girl Instagrammed the other day.”

Okay, apart from this being completely absurd—Kanye is comparing a reality TV star to the First Lady of the United States, it’s also a little distressing because it’s clear Kanye is acting as a full-on puppeteer for Kim, who—as self-involved as she was before she met him—used to only post semi-harmless selfies of her overly-made-up face, fake lashes, and bandage dresses.

It seems Kanye is overly-sexualizing Kim—remember the above dress she wore while out in Paris that pretty much showcased both breasts?  It was made by West’s BFF, Givenchy creative director Riccardo Tisci, and styled by former French Vogue editor Carine Roitfeld, both of whom probably wouldn’t have given Kim an iota of their time if not for her fashion-forward boyfriend.

It’s clear a savvy Kanye is seeing what high levels of raunch is doing for the careers of gals like Miley Cyrus and Rihanna, and he’s steering Kim in that direction despite the fact that she isn’t a platinum-selling pop star. She is, however, a brand-new mom, who probably should be paying more attention to North West than to naked selfies.

Guess what though? The reason Miley’s Vogue cover got axed was because of her overtly-sexual VMA performance. If Kanye really wants Anna Wintour to pay attention to his girlfriend, maybe he should be encouraging her to go more Tilda Swinton and less Amber Rose.