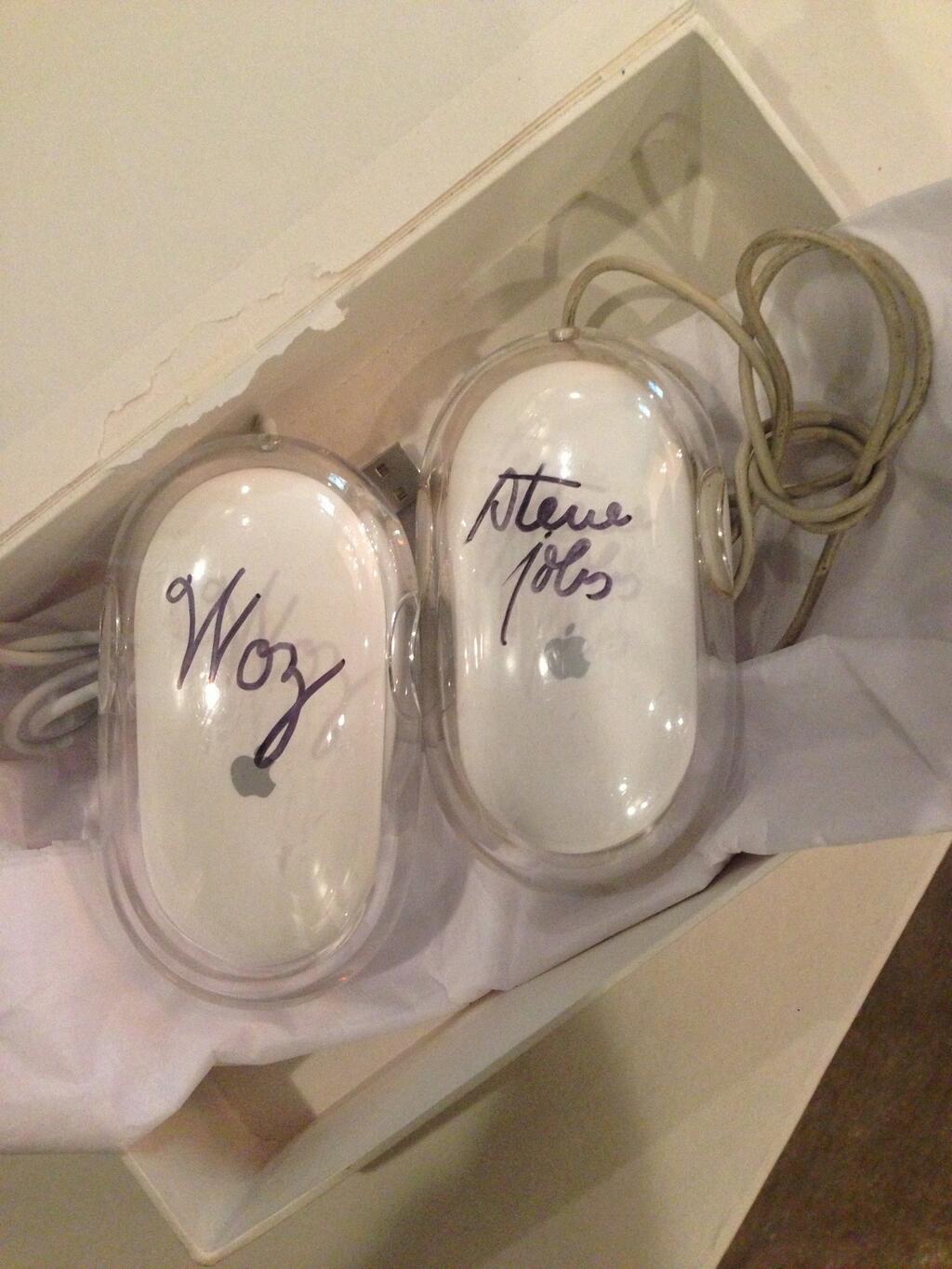 Neither Kim Kardashian or Kanye West—both serious lovers of social media—have spoken up on Twitter about the recent birth of their baby girl North West until now.

A few hours ago, West took to Twitter to post the above picture captioned with, “one of the other gifts my girl gave me for fathers day.” Clearly, the main gift he’s referring to is North, but we imagine he was equally as excited for the autographed Apple mice.

What’s significant about these bad boys, you ask? Well, one is signed by Steve Wozniak, and the other is signed by the late Steve Jobs. The Apple co-founders are known for their unique vision, and it’s no secret that West feels that he shares quite a bit in common with them.

When speaking to The New York Times recently, West stated, “I think what Kanye West is going to mean is something similar to what Steve Jobs means. I am undoubtedly, you know, Steve of internet, downtown, fashion, culture. Period. By a long jump. I honestly feel that because Steve has passed, you know, it’s like when Biggie passed and Jay-Z was allowed to become Jay-Z.”

His incredibly conceited comments suggesting that he was a latter-day Jobs certainly got tons of flack in the press, but clearly Kardashian was paying attention. We have no idea how she managed to snag these–and how much she had to pay to get them—but it’s actually a seriously thoughtful gift.

Wozniak confirmed the signing of the mouse, telling Gizmodo, “I signed this mouse right in front of Kanye, after chatting and joking with him for an hour or two, right in the hospital where Kim had given birth. I included a couple of other gifts. Kim went as far as she could to do the best things she could think of for Kanye and I’m impressed with her. I’m lucky to have the same with my wife Janet.”

While many of us remain baffled as to what this A-list duo talks about when they’re alone together (besides how she should dress), it’s apparent that Kardashian listens to what he has to say.