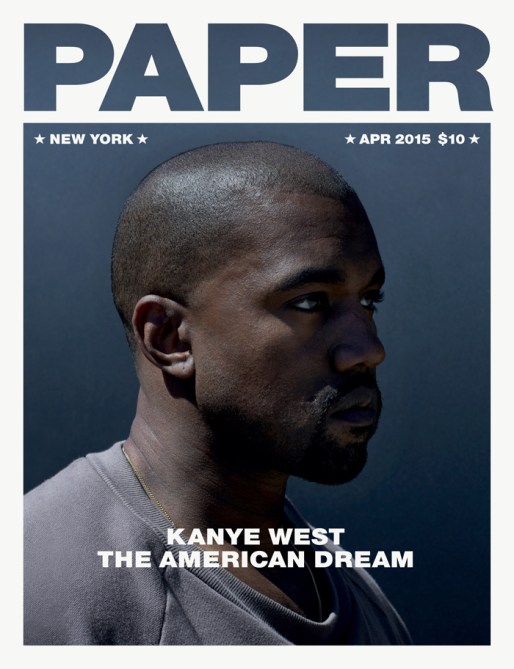 Five months after Kim Kardashian posed for that internet-breaking cover of Paper magazine, Kanye decided he wanted a turn. The rapper appears on the cover of the mag’s “American Dream” issue, penning his own nearly 3,000-word profile.

Never one to to be guilty of modesty, Kanye predictably turns the personal essay into a story about himself by the third sentence. Among some interesting thoughts about his role as an artist today and the importance of supporting young musicians, Kanye also compares himself to Steve Jobs (twice) in the piece, laments about the struggles of being super-famous and influential, and gives some insight into what he think it means to be a “fashion insider.”

If you have a spare 15 minutes, head over to Paper’s website and read the full essay for yourself. If not, bookmark the interview and scroll on for nine of the best quotes from Kanye’s profile.

1. On the importance of mentoring young artists: 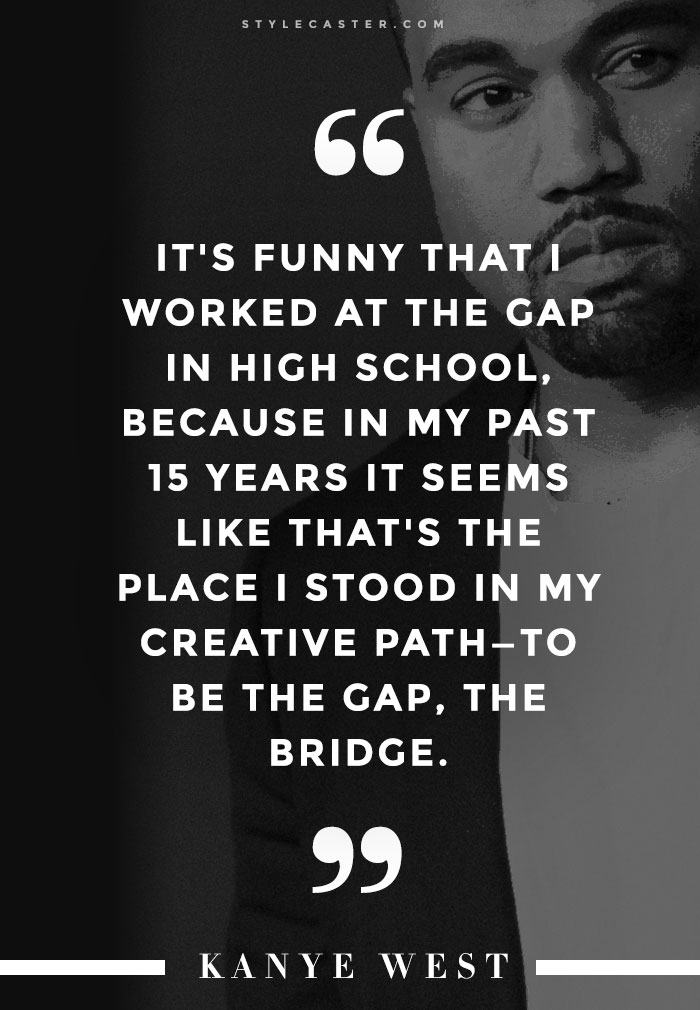 2. On the Gap:
“It’s funny that I worked at the Gap in high school, because in my past 15 years it seems like that’s the place I stood in my creative path–to be the gap, the bridge.” 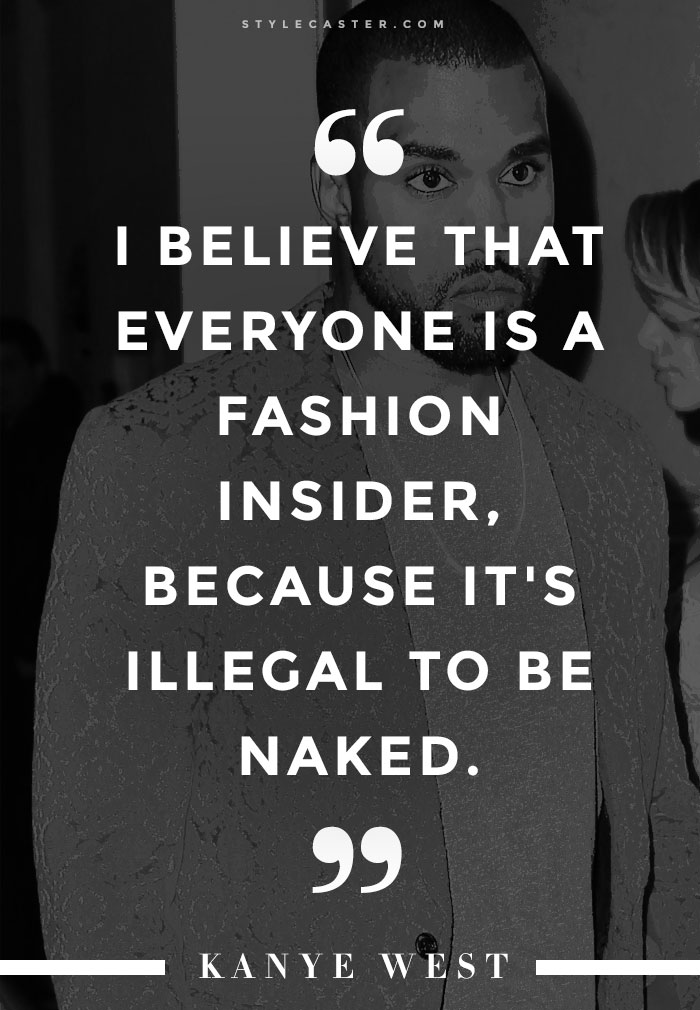 3. On what it means to be a fashion insider:

“I was speaking at a fashion award ceremony–I gave the head of Milk Studios, Mazdack Rassi, the first award of the night–and I talked about the concept of ‘the fashion insider.’ I believe that everyone is a fashion insider, because it’s illegal to be naked.”

“When you sit down with Riccardo Tisci at the Louvre and he pitches the idea of you wearing a leather kilt, which could be considered by all of your gangbanging friends as some sort of a dress or skirt, at that point you are now a part of the fashion world. You have paid your dues to be an insider. I paid my dues when I had to wear a kilt in Chicago, and friends would say, “What’s your boy got on?” But there are warriors that have killed people in kilts in the past. Who gets to decide what’s hard and what’s not hard? When I saw this kilt, I liked it. I was into it. It looked fresh to me. I felt creative; I didn’t feel limited by some perception.”

5. On his artistic goals:

6. On the similarities between his struggles as a fashion designer and Steve Jobs’ career:

“Bravery and courage is walking into pain and knowing that something better is on the other side. I heard this quote from Steve Jobs: someone came up to him when he was working on something and said, “Hey, just do it. It will be easy.” And he said, “Wait a second. Anything halfway good is at least medium hard.” There’s no easy way out. Just choose what you want to focus on. Right now, over 70 percent of my focus is on apparel. I haven’t even given my College Dropout of clothing yet. We’re still on mixtapes.”

7. On why it’s harder for him to make music now:

“It’s just harder for me to do music now, period. It’s easier for people who focus on it all day and who are younger in their concept of what they want to do with it. I am not what I would consider truly a musician. I am an inventor. I am an innovator.” 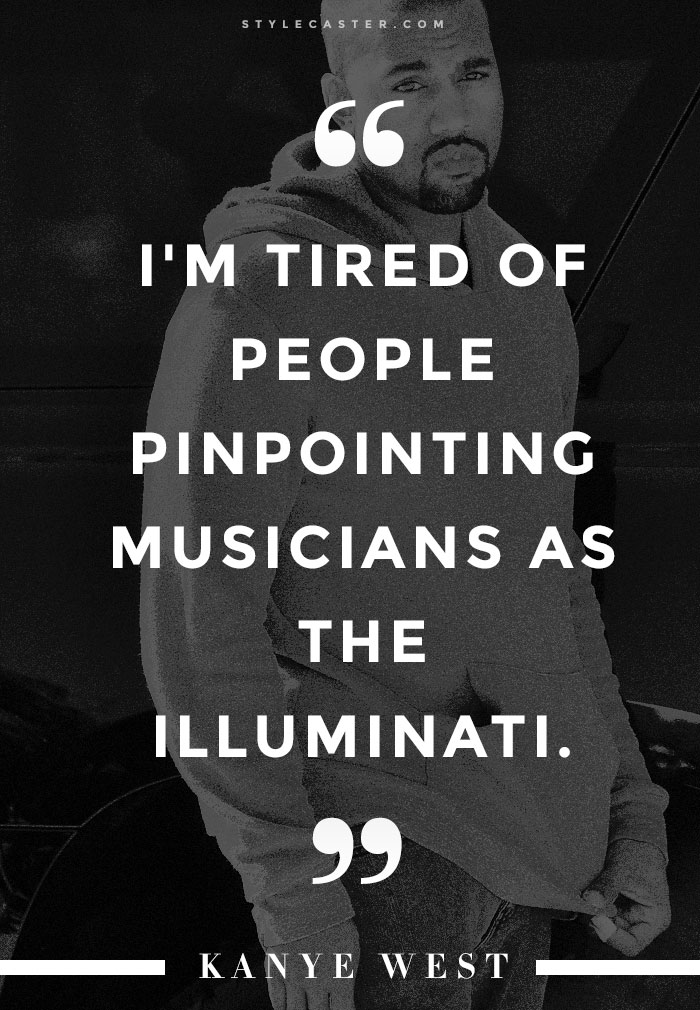 8. On your frustrating Illuminati comments:

“I heard a comment–a joke–about the Tidal press conference being an Illuminati moment. If there was actually an Illuminati, it would be more like the energy companies. Not celebrities that gave their life to music and who are pinpointed as decoys for people who really run the world. I’m tired of people pinpointing musicians as the Illuminati. That’s ridiculous. We don’t run anything; we’re celebrities. We’re the face of brands. We have to compromise what we say in lyrics so we don’t lose money on a contract.”

9. On how he really IS just like Steve Jobs.

“One time I was at the dentist’s office and I was given nitrous gas and I was vibing out–I guess that’s my version of Steve Jobs and his LSD trip–when I had this first thought: What is the meaning of life? And then I thought, To give. What’s the key to happiness? Happiness.”