Here’s a juicy bit of celebrity gossip to give your brain a break from everything Golden Globes-related: according to a source who talked to the National Enquirer (who we’re more than willing to bet isn’t the most reliable), Kanye West wants to honeymoon in space.

“Kanye is obsessed with space and anything sci-fi,” the source told the tabloid. “He’s shot many spaceship-themed videos, and he even considered training as an astronautical engineer. Now, he’s fixated on the idea of honeymooning in space. Apparently, Kim wasn’t keen at first, but Kanye has talked her round and there’s even talk it will be chronicled on her reality show.”

At a whopping $1 million a night, the CSS Skywalker is the vessel Yeezy allegedly has his eye on for the big trip. Not yet in orbit, it’s a giant, inflatable space station that is expected to open in 2015 as (at least partially) a hotel for very rich who are bored with their earthbound activities. And apparently, Kanye might be amongst the first to try it out.

We have extreme suspicions as to the accuracy of this report, but it seems plenty believable to us. After all, with confirmation that Lady Gaga is set to perform in outer space as of 2015, why shouldn’t KimYe also sojourn to the outer limits of the Earth’s atmosphere? 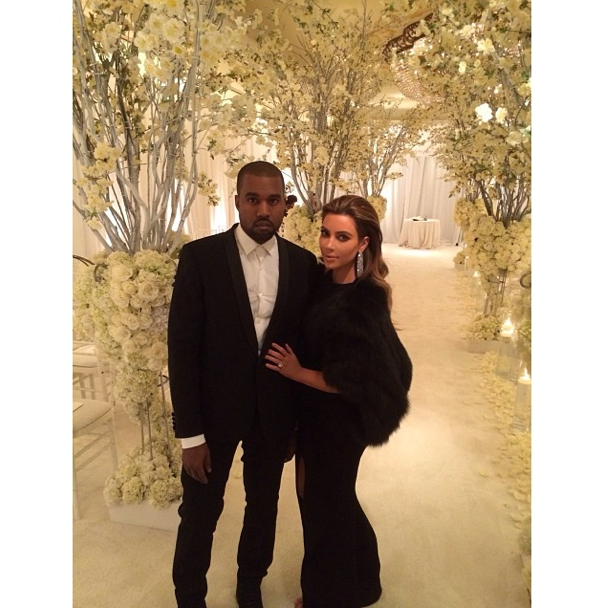