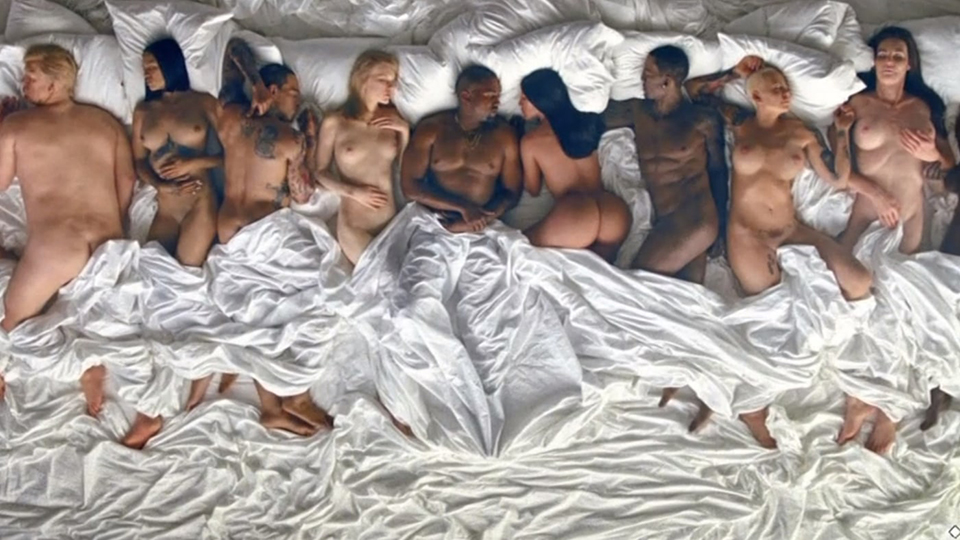 Uh, remind us never to get on Kanye West‘s bad side. The rapper debuted the video for his track “Famous” last night at Forum in Los Angeles—and man did it live up to the controversy.

In the pivotal scene, West lays in a giant bed next to between a dozen or so naked celebrities, including Kim Kardashian, Taylor Swift, Rihanna, Anna Wintour, Donald Trump, George Bush, Bill Cosby, and exes Ray J and Amber Rose—some of whom are wax figures (duh), while others apparently are the real deal.

If you’ll recall, Swift’s camp has been making a BIG deal of the lyric, “I feel like me and Taylor might still have sex / Why? I made that bitch famous,” issuing a statement insisting that the pop star did not grant approval before the song came out in response to Kim’s recent GQ interview. So something tells us there is major hell breaking loose over there this morning.

As for the other stars in the video, Chris Brown is the only one to respond publicly so far, Instagramming a screenshot with the caption, “Why I gotta have the plumbers butt/ crack showing WAX figure?” So, pretty sure he just wants credit for his abs.

The full video is streaming now exclusively on Tidal … probably about time you ponied up that $9.99 per month, eh?