We have such constant, fierce interior debate concerning one Kanye West. While sometimes, it seems that he really is trying to make a very genuine point, other times, we suspect that he does things just to get a rise out of the general public (and other times, it’s probably both). But we wonder if his latest endeavor doesn’t fall a bit more in the latter camp.

For his twice-postponed “Yeezus” tour, Kanye is apparently hawking merchandise (co-created with artist Wes Lang) that’s covered with representations of the Confederate flag—a widely-regarded symbol for the racism that was rampant in the Southern part of the United States before, during, and after the Civil War. The editors over at HipHop Wired captured the goods on photo while attending his show, and have shared them with the world. 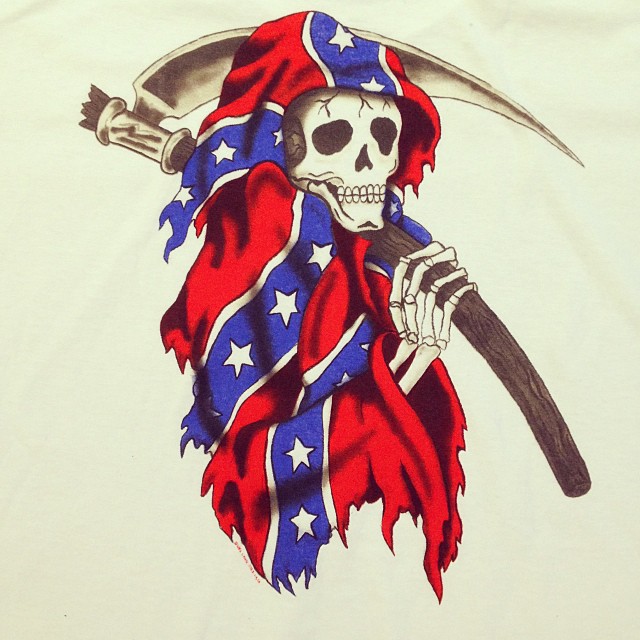 From T-shirts emblazoned with the flag in the background of skulls and the words “I ain’t comin’ down,” to a figure of the grim reaper donning a ripped Confederate flag, to a $20 tote bag that has a more straightforward iteration of the flag—it’s clear that Kanye aimed to appropriate this image in a very purposeful way.

While many might argue that we should all be trying our best to put that period of American history behind us—and, as such, also leaving behind the imagery associated with it—Kanye seems to disagree. Not only is he appropriating and hawking the imagery of that era, he has also used it as inspiration for his music. The song “Blood on the Leaves” from “Yeezus” samples Nina Simone’s cover of Billie Holiday’s soulful ballad “Strange Fruit,” penned by songwriter Abel Meeropol after he saw images of lynchings, which were widespread in the South during that time, that he found incredibly disturbing.

Check out a few more photos of Kanye’s tour merch below, and sound off in the comments below. What do you think of West’s appropriation of a symbol of racism? 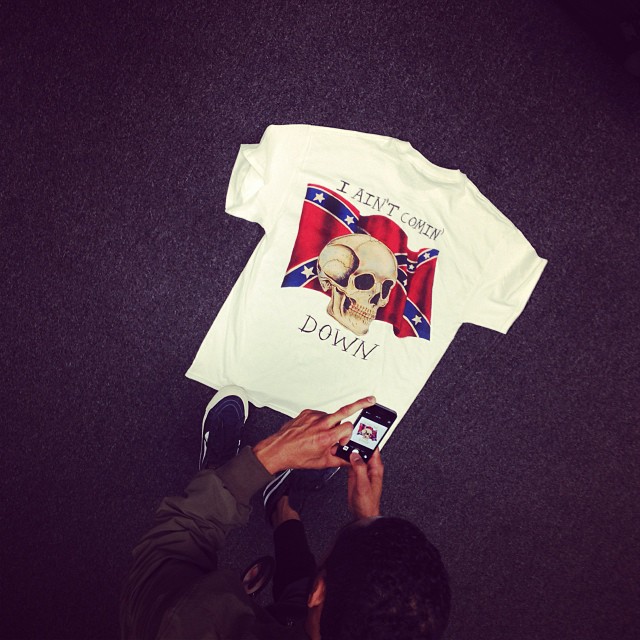 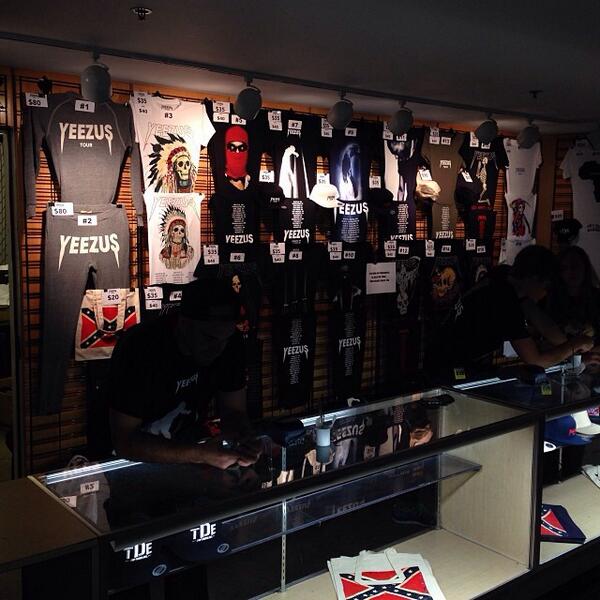