On and off? After a slew of rumors, fans want to know—did Kanye West and Chaney Jones break up? Chaney’s Instagram might have clues that will lead us to an answer.

According to an insider who spoke to Us Weekly on June 7, 2022, Chaney and Kanye reportedly broke up after a trip to Japan in May 2022. The source said, “Kanye and Chaney are done. They split amicably. There’s no bad blood, things just fizzled.” Chaney seemingly confirmed the split by deleting every picture she had with Kanye on her Instagram. Kanye was also spotted with OnlyFans model Monica Corgan at a Top Gun: Maverick showing on June 7, 2022, sparking rumors he moved on. However, Chaney posted a celebratory TikTok clip on her Instagram Story on June 8, 2022. “Happy birthday baby I love youuuuu,” she captioned the Instagram story of them doing various activities. Another source close to the couple told Page Six on June 7, 2022, “You know how things are. Tomorrow they might be posted together again.” 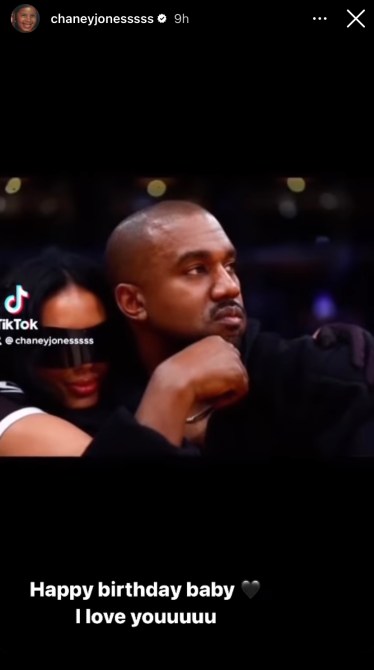 Ye and Chaney were first linked in February 2022 after she made an appearance at Ye’s DONDA 2 listening party. Many saw the similarities between Kanye’s ex-wife Kim Kardashian and Chaney, and dubbed her to be her look-alike. The Donda rapper and model seemed to be pretty serious as she met his side of his family during his grandmother’s birthday in April 2022. She also tattooed his name on her wrist in May 2022. The two went on a trip to Tokyo, Japan together on May 6, 2022, on the same day as Kanye’s son Psalm’s 3rd birthday party.

When Kim was asked what she thought about her ex-husband’s new relationship, she said, “I just want him to be happy and, like, she seems like the sweetest—just whatever makes you happy, I don’t care what it is.” Kim told “Not Skinny But Not Fat” podcast host Amanda Hirsch In April 2022, “I think that it’ll reflect in your life and your work, everything and how you are as a parent. As long as he’s happy, I genuinely just want that. Truly.”