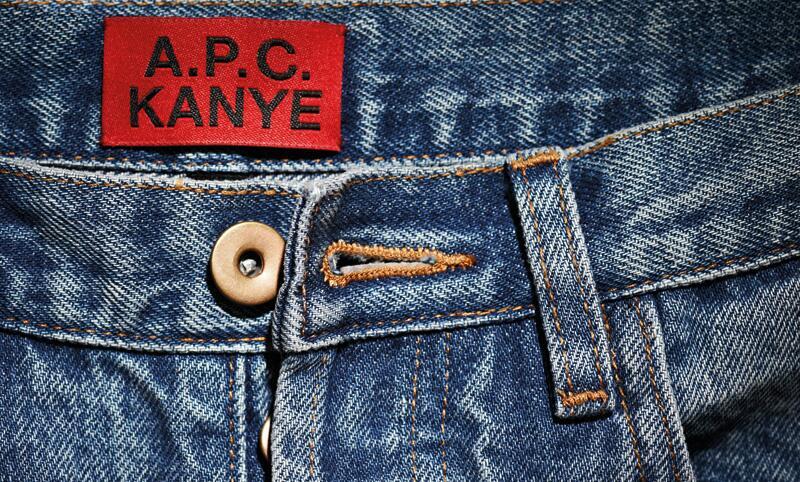 First-time fatherhood clearly isn’t slowing Kanye West down. Despite the fact that his girlfriend Kim Kardashian gave birth to their daughter North West last month, the 36-year-old rapper—who released his critically acclaimed album Yeezus a few weeks ago—is back in the fashion business yet again, launching a men’s capsule collection with French brand A.P.C. on July 14.

Last month, a W interview with West noted the collaboration, stating that a “new men’s capsule collection of jeans, T-shirts, and hoodies” was on the way. Alas, the brand just confirmed the news yesterday in an Instagram post (above), which was captioned, “A.P.C. KANYE CAPSULE COLLECTION, JULY 14. #apc #kanyewest”

Of course, this isn’t Kanye’s first foray into the fashion biz—the outspoken style setter (who once went on a Twitter rant regarding his hatred of cargo shorts) has shown two collections during Paris Fashion Week, both of which received majorly mixed reviews. He also designed a $5,800 pair of shoes in conjunction with Giuseppe Zanotti, which were panned online. Wisely, menswear is his next step. We make fun of West occasionally, but at the end of the day, his style is pretty forward-thinking (we’re ignoring his previous leather kilt obsession), so this will likely be a hit.

What do you think—is it time for Kanye to get back in the fashion biz, or should he focus on daddy duties?

UPDATE:  A.P.C. has released a statement about the collaboration, which will consist of a pair of jeans, a T-shirt and a hoodie. Read the full statement below clearly written by founder Jean Touitou

Over two years ago, a visitor to the A.P.C. studio was announced to me as “Kenny”. He wanted my advice on the fashion industry; although I found such a request quite vague, as a mutual friend introduced us, I met with the guy. The guy talks, talks and talks and I was having a good time listening. He had nice manners and spoke about losing his mother in a surgery accident, about losing his girlfriend too, and about how difficult doing the right thing in fashion was. After a while, I was curious to know what this gentleman was currently doing in his life. I simply asked him: “May I know what your trade is, sir?” He took his shades down, so that finally I could see his eyes, and answered me: “I am a hip hop artist.”

At some point my crew informed me that his name was West, Kanye West. I introduced him to the A.P.C. design studio, and he kept asking how he could start something in that fashion industry. This is when we all advised him to start that something in France, and keep quiet about fashion noise while learning about it. Then later, as we became friends, he invited me to his recording studio at Hotel Meurice. At the time he was working with Jay-Z on an album, which wasn’t already named, Watch the Throne. Over the months, we kept hanging out and finally came up with the idea of doing a small capsule collection of clothes together. “Small” meaning that this capsule collection consists of a jean, a hoodie and a T-shirt. Those are precious to me and to Kanye too, because it took time and thoughts to get there.

MORE ON STYLECASTER:
Kanye West Talks Fashion in W Magazine Interview
Kim Kardashian and Kanye West’s Baby Name Approved by Vogue
5 Things Kanye May Have Been Talking To Karl About During Their Lunch
Kanye West Will Not Be Showing at Paris Fashion Week This Season