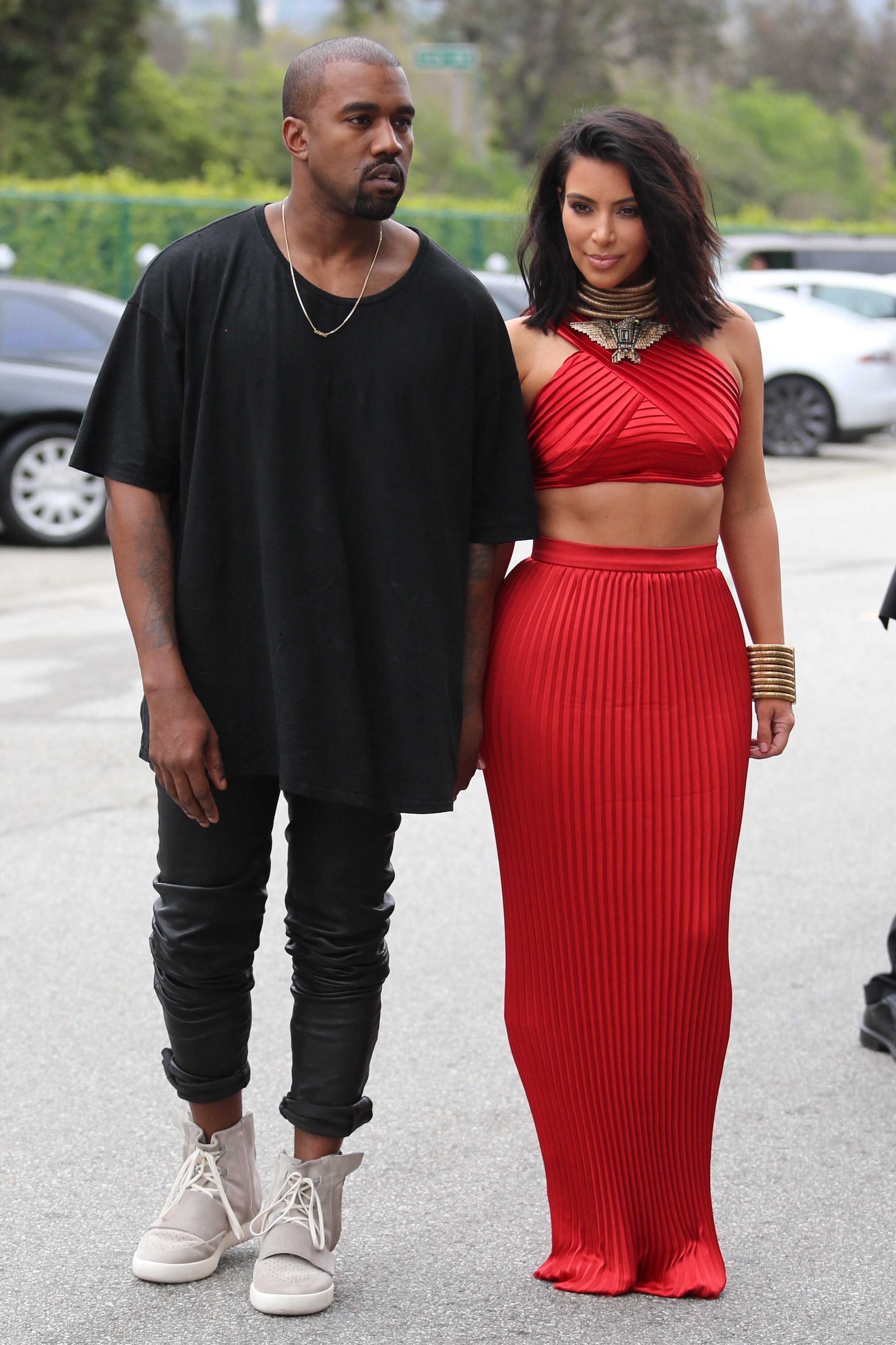 In a lengthy and rather telling interview with Style.com, Kanye West appears to have let down his ego (a little) to talk about his buzzy line with Adidas, his newfound family, the democratization of fashion, and his aspiration to be “the Steve Jobs of the Gap.” West also admitted that—when he started dating reality star Kim Kardashian—certain relationships he’d cultivated within the fashion industry dissipated, but he worked hard to build them back them up, transforming Kim’s style in the process.

If we didn’t know better, we might think his involvement with the 34-year-old tabloid magnet might be just another high-low project, but that’s another story for another day.

Below, the best highlights from the interview, which was conducted by Style.com Editor in Chief Dirk Standen.

It’s learning. She was always my muse, now she’s become other designers’ muses. Or designers’ muses, because like I said, I don’t want to disrespect designers by calling myself a designer, I just think I have a vision of something that I want to do. But God has a special way to teach people through life. I guess I got a little more credit for my second collection than my first, for whatever that is worth. But soon as we started dating, fashion people were really opposed to the idea of reality stars.

And all the relationships, the somewhat friends that I had somewhat built up, completely turned their backs on her and me. They already had their back to her, and now they turned it to me. The so-called traction that I was getting in the high-fashion world was completely thrown out the window and I was finally allowed to go to school, where every day I was in my mom [Kris Jenner]’s house, in my little brother’s old room, Rob’s old room, re-tailoring a Céline skirt, re-tailoring a Saint Laurent jacket, re-tailoring a Zara top, re-tailoring Wolford … And day by day by day, [Kim and I] learned, we got better. We looked at the photographs together and she improved my style, we improved each other.

I’m biased, but I think the best red-carpet look of all time—if not, one of the top five—was my wife’s look at the Grammys.

On his fashion influences: 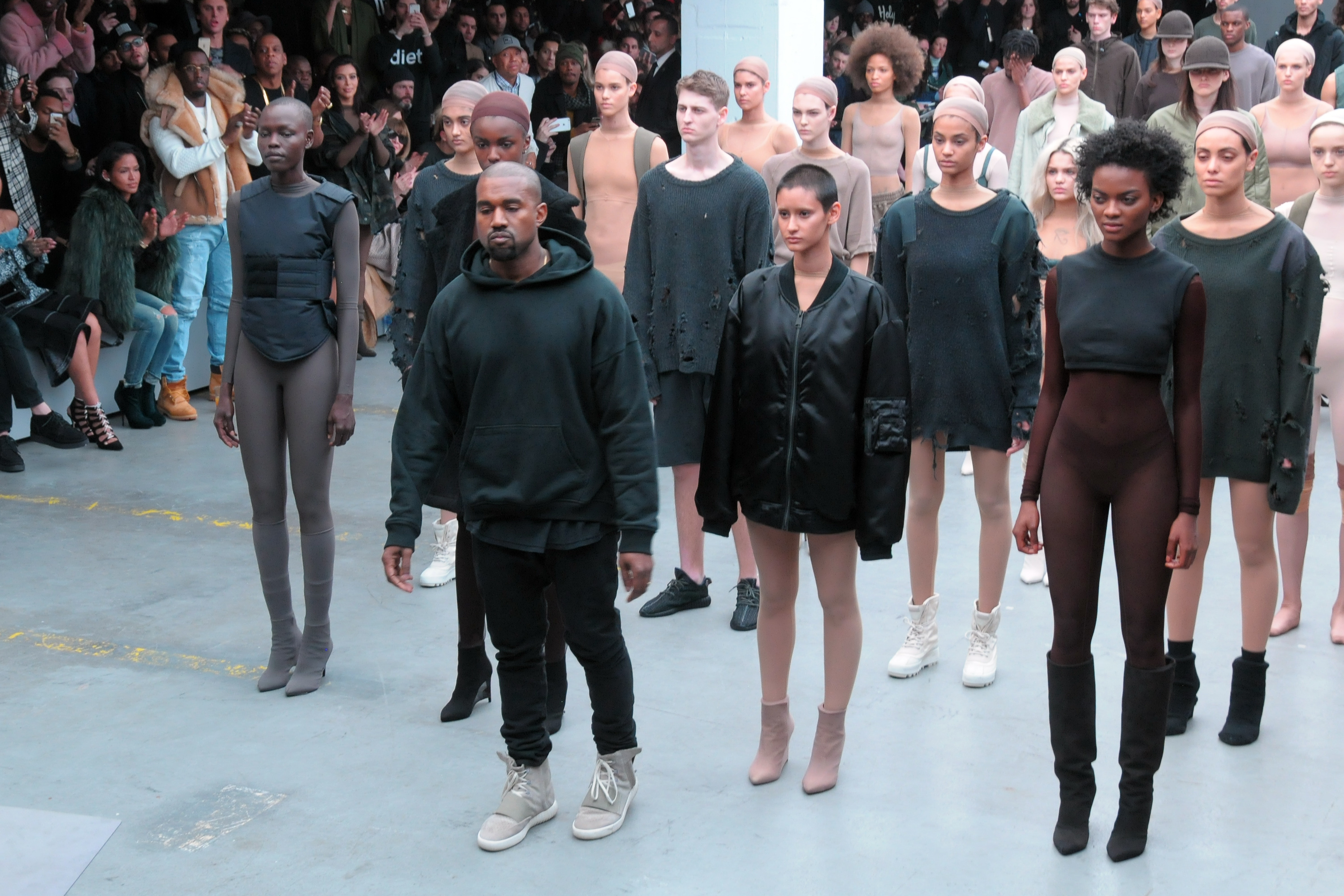 On the accessibility of his Adidas line, and the “unfair” prices at Saint Laurent:

Adidas is the perfect place to be. If someone was to say, “Hey, do you want to go to a high-end house now?” I’d absolutely say no. I’m not trying to [sound] presumptuous, I’m just saying that if in my wildest dreams I was presented with the opportunity, I would absolutely say no at this point. Because I’m only concerned with making beautiful products available to as many people as possible … The least I could do is spend my time trying to give other people a piece of the so-called good life.

Everyone should have the good life. It’s like [Amancio] Ortega [founder of Zara] and H&M group. Before that happened, you could tell who came from money, who didn’t, who had a bigger paycheck, who didn’t. It was about separation and I think high fashion is about elitism and separation, and I am completely opposed to that … [though] I’ll still go to crash the Saint Laurent fashion show so I can be closer to the genius that Hedi [Slimane] has, even if the prices aren’t genius, even though the prices are completely unfair.

On his aspirations to run the Gap

One of my dreams was to be the head creative director of the Gap. I’d like to be the Steve Jobs of the Gap … Perhaps this is a bit of a demo tape. When I say Steve Jobs of the Gap, as I talk to the people at the Gap right now [leans into tape recorder], I’m not talking about a capsule. I’m talking about full Hedi Slimane creative control of the Gap is what I would like to do. And I can say this because it doesn’t conflict with my Adidas contract.”

Head over to Style.com now to read the rest of the very telling interview—there’s no denying Kanye knows his fashion.