Harris was elected as the 49th Vice President of the U.S. in November 2020 after she and her running mate, Joe Biden (who was elected as the 46th President of the United States) beat past president Donald Trump and vice president Mike Pence. Harris also became the first woman (as well as Black woman and Indian-American woman) to ever be elected as Vice President in America’s 200-plus-year history. Biden and Harris took the oath of office at the 2021 inauguration on January 20, 2021, which marked the commencement of their four-year term as POTUS and FLOTUS.

But of course, Harris’ political career didn’t start with the vice presidency. Before she was elected as Vice President, Harris served as a United States Senator for California from January 2017 to January 2021. She resigned as senator in January 2021 to start her term as VPOTUS. Along with her career in Washington D.C., Harris—who is from Oakland, California, and graduated from Howard University and University of California, Hastings College of Law—also worked as the 32nd Attorney General of California from 2011 to 2017. She was also the 27th District Attorney of San Francisco from 2004 to 2011. So that’s Harris’ career in a nutshell. But what is Kamala Harris’ net worth and how much does she make as Vice President? Read on to find out.

How much does Kamala Harris make as Vice President?

As Vice President, Harris is expected to make $235,100 per year. The salary has been set at this number since 2014 when the annual income was frozen by Congress during the Obama Administration. If the freeze is lifted, the Vice President could earn $243,500 or more, according to USA Today. Under the Trump administration, House Republicans tried to lift the freeze with the president’s support, but a deal never passed in congress.

The Truths We Hold by Kamala Harris 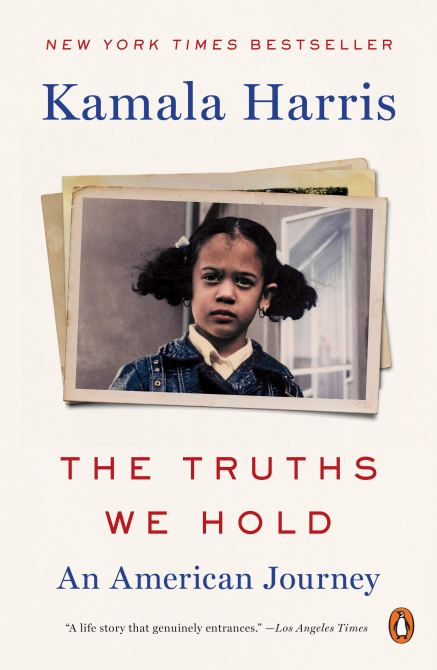 What is Kamala Harris’ net worth?

Harris makes six figures as VPOTUS, but what is Kamala Harris’ net worth? Harris married her husband, Doug Emhoff, in 2014. Since then, the couple has reported more than $1 million in income each year, according to Town & Country. A lot of that money comes from Emhoff’s job as a partner at the law firm DLA Piper, as well as his previous firm, Venerable. The couple reported a gross income of $1.89 million in 2018. However, in 2020, Fortune reported that Harris and Emhoff’s net worth is $6.3 million based on Harris’ most recent senate disclosure form that was filed in May 2020.

Along with her political career, much of Kamala Harris’ net worth also includes the massive amounts of cash she made from various book deals. According to Fortune, she made $320,125 from her 2019 memoir, The Truths We Hold. This is in addition to the $277,763 she received in book publishing advances, the magazine reports.