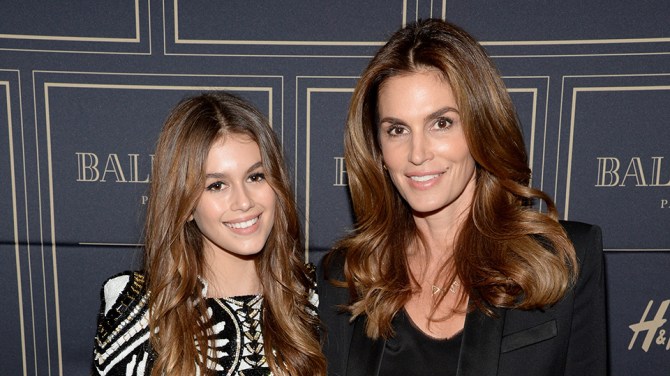 Cindy Crawford might have just announced her retirement yesterday, but her daughter Kaia Gerber‘s modeling career is just beginning — and it definitely looks like Kaia’s a supermodel in the making.

The 14-year-old stunner (and dead ringer for her gorgeous mother) just landed her first fashion campaign with edgy indie LA-based label, Chrome Hearts. In the spring campaign, Kaia is swathed in the brand’s trademark leather and goth-inspired accessories, an arresting juxtaposition to her fresh-faced beauty.

This isn’t Kaia’s first foray into fashion, however; she’s appeared in editorials for publications like Vogue Italia (where she was shot by Steven Meisel, no less) and CR Fashion Book with brother Presley Gerber, who recently landed his own spread in CR Men’s Book.

With nearly 345k Instagram followers and a contract with IMG, Kaia looks like she’s well on her way to join the bevy of other genetically blessed celebrity progeny taking the fashion world by storm.