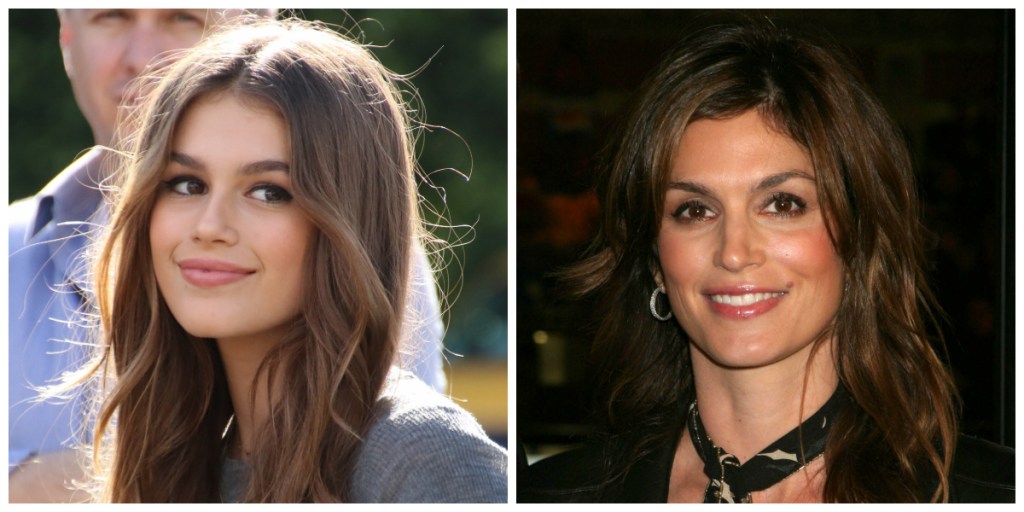 Cindy Crawford‘s daughter, Kaia Gerber, definitely inherited her mom’s looks—and her mom’s eyebrows. She was also bestowed with her supermodel mother’s ability to land a magazine cover, gracing the front of British mag Pop, which hit newsstands today. She’s got two years on her mom, though: Gerber is only 14, and Crawford landed her first solo cover at the age of 16. That said, please note that Crawford’s first cover was French Vogue (props), which she and Gerber appeared on together earlier this year (props again).

Competition aside, Gerber really is channeling her beautiful mom on this cover, which actually has three versions: one sultry, one sweet, and one erring a bit on the side of high school yearbook photo. “The most beautiful girl in the world?” the cover asks, which we’d say is a legitimate query.

This isn’t her first high-profile shoot, though. Just last month, Gerber appeared in Love magazine, shot by none other than Kendall Jenner. “Working with Kendall was effortless,” said Gerber of the experience. “It just felt like two friends hanging out, snapping a few photos at candid moments.” Et voila—a supermodel is born.

You may not have heard much about Gerber yet, but get used to her name (and her face): She’s also covering Teen Vogue‘s September issue, and has already starred in campaigns for Alexander Wang, Chrome Hearts, and Miu Miu (appearing in a particularly mesmerizing video for the latter). Get it, girl!