There are few country artists who have fans who don’t even like country music. Kacey Musgraves is one of them, and her Grammy Awards history is proof. From her red carpet debut in 2014, where Musgraves wore a wildly tassled and bedazzled outfit, to 2016, where the singer went for a more elegant ombre dress, no one keeps us guessing like Kacey Musgraves. Continuing to keep us on our toes, Kacey Musgraves’ 2019 Grammys look was extremely chic (with a fun pop of color). She strutted the red carpet wearing a beautiful light pink gown.

When the singer arrived at the 2019 Grammy Awards wearing a baby pink tulle gown belted with a red sash, we knew it was going to be a luxurious evening. The top of the dress fanned up around the singer’s face, in a glamorous tulle display. Fitted at the waist, the gown flowed out beautifully at the skirt. Musgraves couldn’t have picked a prettier ensemble. In addition to the flow-y light pink gown, Musgraves kept her makeup look simple, and she seriously looked beautiful. 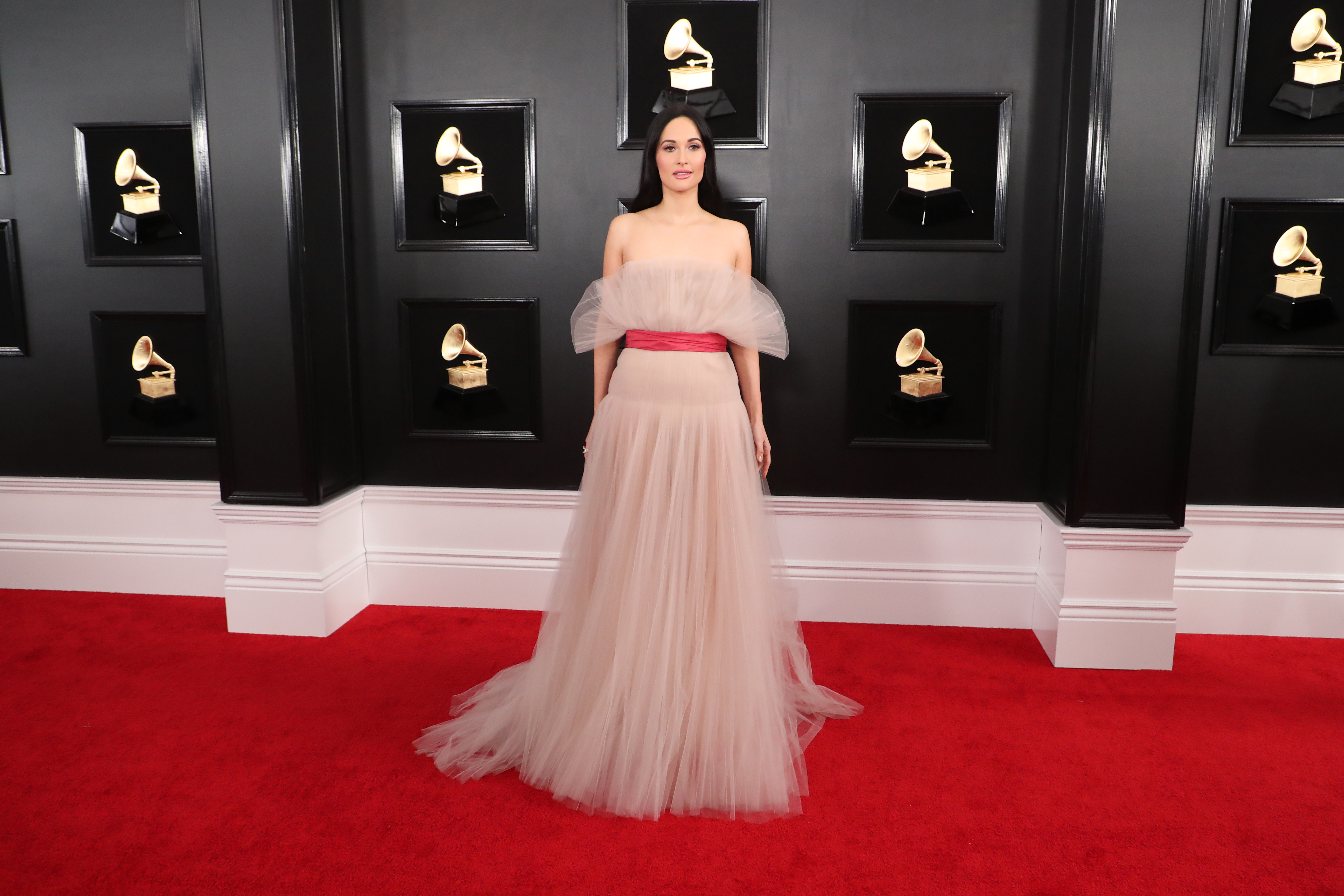 Musgraves is also nominated for Best Country Song (“Space Cowboy”). The singer was also nominated for and won (!!) Best Country Solo Performance (for “Butterflies”). Much of her success as an artist definitely comes from understanding what people want. “Undeniably, I’m a country singer; I’m a country songwriter,” Musgraves has explained. “But I feel like I make country music for people who like country music and for people who don’t.” The girl knows what she’s doing, y’all.