There are some things I will never be able to get over: the fact that I tied for best handwriting in second grade (instead of winning), One Direction’s 2016 break-up (Sorry, I mean “indefinite hiatus.”) and, most recently, Kacey Musgraves’ ACM Awards outfit. The country singer is no stranger to the red carpet or dressing to impress, but when Musgraves stepped out at the American Country Music Awards wearing an ombré suit, I couldn’t contain myself. This ensemble is too good, y’all.

The singer has, in case you missed it, blessed us with an ombré look before. Kacey Musgraves’ 2016 Grammys dress was a mix of deep purples and greens—all melded together in ombré sequins. But this ombré suit is something different, folks. It’s lighter, brighter and I’m even more obsessed with Kacey Musgraves than I was before. (And that’s saying something.) But I haven’t even mentioned the best part of this ensemble: It’s from the Christian Cowan x Powerpuff Girls collection. Kacey Musgraves is basically a real-life Powerpuff Girl, and no one can tell me otherwise. 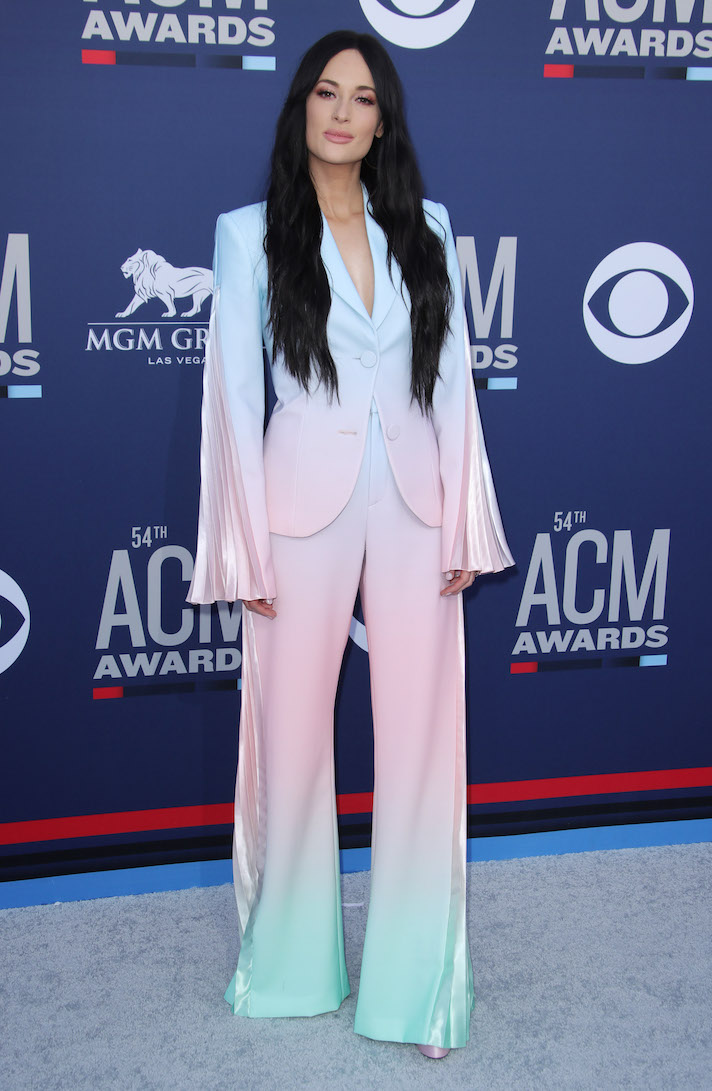 From the Powerpuff Girls-inspired colors to the perfectly pleated details, this suit might be the best thing Kacey Musgraves has ever worn. It’s basically the sartorial version of Musgraves herself. The ensemble is whimsical, stylish, and has a general appeal without losing personality. Musgraves is one of the few country artists I listen to, and some of it has to do with the singer’s ability to appeal to the masses while still remaining herself. Her music isn’t even “country pop”—something many country artists resort to to gain fans—it’s just true to her. You can always see this in her impeccable style, and I think that’s why I love Kacey Musgraves so much. She’s like a unicorn version of a person—and I’m not just saying that because she’s wearing a pastel ombré suit. (Which I really will never get over.)