Update: It was announced yesterday that Justin Bieber’s tour merchandise would land at Barneys, and today the retailer has released a complete look at the capsule collection. Keep clicking through the slideshow to see the pieces landing online Monday, July 16.

07/15/2016: The hype surrounding Justin Bieber’s tour merchandise could rival any designer collaboration or high-end capsule collection, and now it seems department stores want in: Bieb merch will be now be sold at Barneys alongside brands like Fendi, Rick Owens, Alexander Wang, and Acne.

Until now, the musician’s souvenir clothing has mostly been both long-sleeve and classic T-shirts, but the Barneys collection will include hoodies, jeans, and a leather jacket with “Purpose Tour” printed on the back that’ll set you back a cool $1,675, The New York Times reports.

This is the first time Barneys will carry a musician’s merchandise, and it’s a move the retailer’s senior vice president, Jay Bell, said was a “no-brainer” “It is the first time we’ve done it, but it felt right. It felt like something that would resonate with our customers, and that could sit seamlessly with the other brands we sell.” 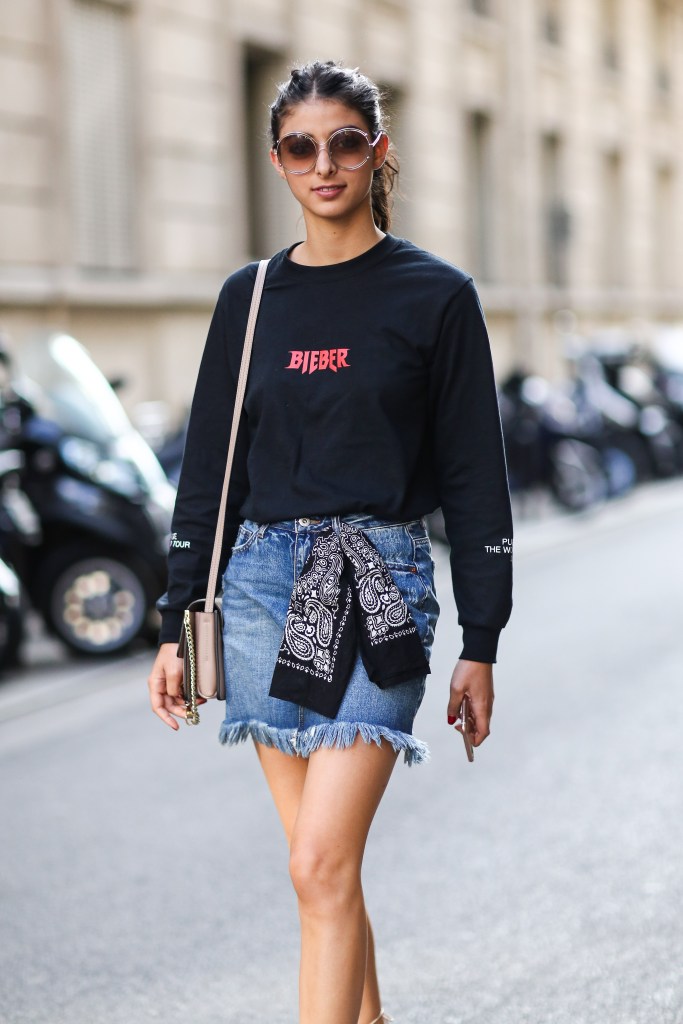 Despite the hiked price tags and the fact his merch was designed by Fear of God’s Jerry Lorenzo, Biebs isn’t ready to label his collection as “fashion,” also admitting to The New York Times via a spokesperson that he’s “happy and proud” that fans are adopting the line. “I don’t think of our tour merch as being ‘fashion.’ That’s a really high compliment for what it is. But I am really happy we were able to dial in to something cool the way we did.” 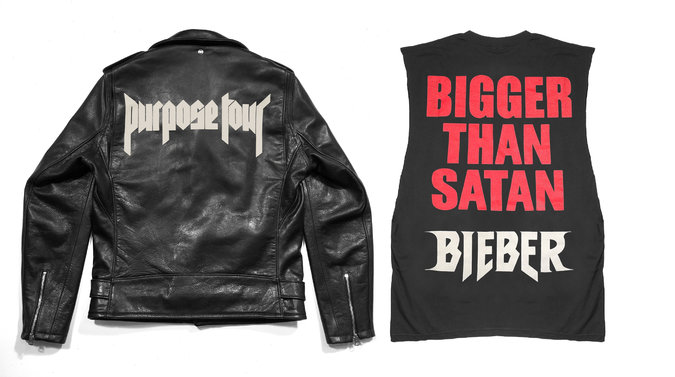 Regardless of whether or not the 22-year-old “Sorry” singer thinks so, there’s no denying that tour merchandise is officially considered Fashion with a capital F, largely thanks to Lorenzo—who also worked with Kanye West on his equally of-the-moment “The Life of Pablo” designs and was part of a “very conscious” effort to recalibrate Bieber’s image, according to the Times.

Remember, it wasn’t just teenage fangirls lining up for hours outside the “Purpose Tour” pop-up shop in New York City in May—style stars and streetwear enthusiasts were just as keen to snag one of his tees, which have also popped up on It-girls at Paris Fashion Week without a hint of irony. The same could be said of Kanye’s TLOP merch, which has been a sell-out success among West fanatics and die-hard fashion fans. 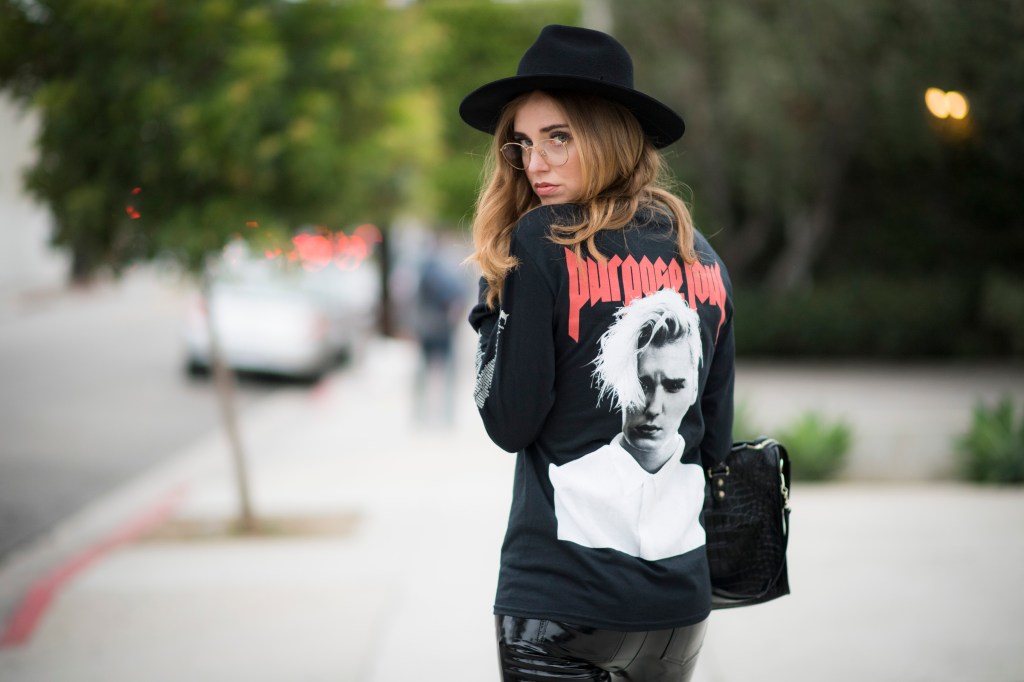 With that in mind, you’ll probably want to move quick if a $1,675 Bieber jacket is something you feel inclined to own—the pop-up is hitting Barneys’ website and stores in New York, Beverly Hills, and San Francisco on July 16. In the meantime, click through the slideshow above to see the full capsule collection.