If you’re Belieber, you may want to know where to buy Justin Bieber tickets now that his Justice World Tour is sold out everywhere.

Bieber announced his Justice World Tour, his fourth concert tour, in May 2021. The tour—which was originally named the Changes Tour or the Justin Bieber World Tour—promotes both Bieber’s 2020 album Changes and his 2021 album Justice. The tour—which consist of 52 dates across the world—was originally set to start in May 2020, however, it was rescheduled to 2022 after the current health crisis. The Justice World Tour kicked off in San Diego, California, in February 2022 and is set to conclude in Krakow, Poland, in March 2023. “We’re working hard to make this tour the best one yet,” Bieber said in a statement in May 2021. “I’m excited to get out there and engage with my fans again.”

The Justice World Tour also comes after Bieber took a three-year-long break from performing after Purpose World Tour in 2017. “I’ve learned the more you appreciate your calling the more you want to protect your calling,” he wrote in an Instagram post at the time. “Me taking this time right now is me saying I want to be SUSTAINABLE… so that I can be the man I want to be, the husband I eventually want to be, and the father I want to be.” He continued, “Learning and growing hasn’t always been easy but knowing I’m not alone has kept me going. I have let my insecurities get the best of me at times, I let my broken relationships dictate the way I acted toward people and the way I treated them. I let bitterness, jealousy and fear run my life.!!!! … What I’m not gonna do is be ashamed of my mistakes. I wanna be a man that learns from them and grows from them.!!”

Bieber’s return to performing came three years later when he performed a New Year’s Eve concert in 2020. “I definitely felt the nerves leading up to it,” Bieber told Jason Kennedy in his 2021 documentary, Justin Bieber: Our World. “I think sometimes nerves are coming from a good place, because you care.” He continued, “There’s a lot of moments that I messed up. But I think being okay with your little mistakes… I mean, nothing’s going to be perfect. So next time, you just take those mistakes and you do it better. That’s life. You want to get better at something, you gotta be willing to make mistakes. I heard this saying like, ‘You miss all the shots you don’t take.’ So you take the shot. If you miss, you miss, but at least you tried.” 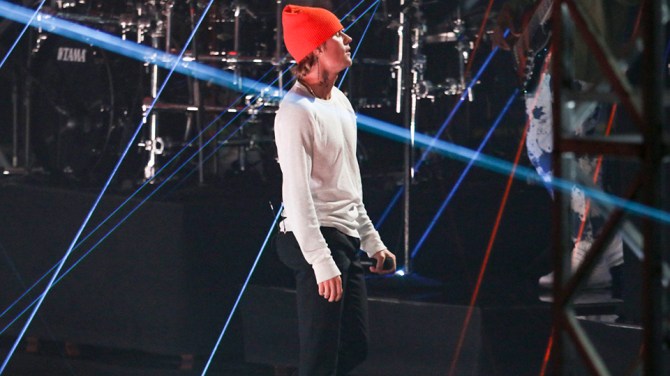 Where to buy Justin Bieber tickets

Where can fans buy Justin Bieber tickets to the Justice World Tour? The Justice World Tour is his fourth world tour after his My World Tour in 2010 and 2011; his Believe Tour in 2012 and 2013; and his Purpose World Tour in 2016 and 2017. The Justice World Tour is in support of Bieber’s fifth and sixth’s studio albums, 2020’s Changes and 2021’s Justice. The tour, which was previously named the Changes Tour and the Justin Bieber World Tour, was originally scheduled to start on May 14, 2020, in Seattle and end on September 26, 2020, in East Rutherford, New Jersey. However, due to the current health crisis, the tour was renamed after Bieber’s 2021 album, Justice, and the tour was rescheduled to start in 2022. The tour kicked off on February 18, 2022, in San Diego, and is set to end on March 25, 2023, in Krakow, Poland. 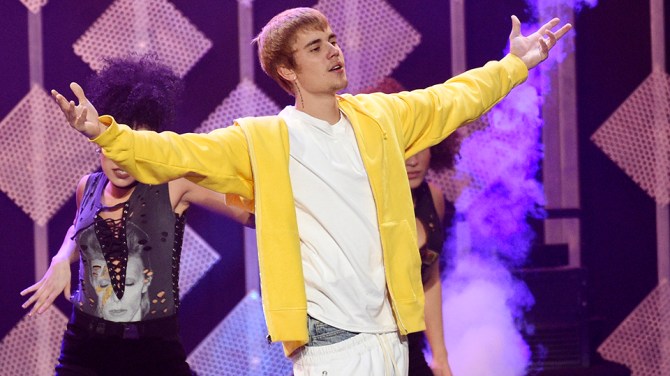 Justin Bieber’s Justice World Tour set list includes several songs from his 2021 album, Justice, such as “Holy,” “Peaches,” “Ghost,” “Lonely” and “Anyone.” The set list also includes past Bieber hits like “Baby” from his 2010 album, My World 2.0; “Yummy” from his 2020 album, Changes; and “What Do You Mean” and “Sorry” from his 2015 album, Purpose. Throughout the Justice World Tour, Bieber also had several guest performers. On the March 7 Los Angeles date, Bieber welcomed Leon Bridges to the stage to perform “River”; Don Toliver to perform “Don’t Go”; and Quavo to perforrm “Intentions.” On the March 8 Los Angeles date, Bieber welcomed the Kid Laroi to perform “Stay.” Bieber and Quavo also performed “Intentions on the March 21 and March 22 concerts in Atlanta. .

Justin Bieber tickets to the Justice World Tour are still available on VividSeats.com and StubHub.com. Use code SC15 on Vivid Seats for $15 off.