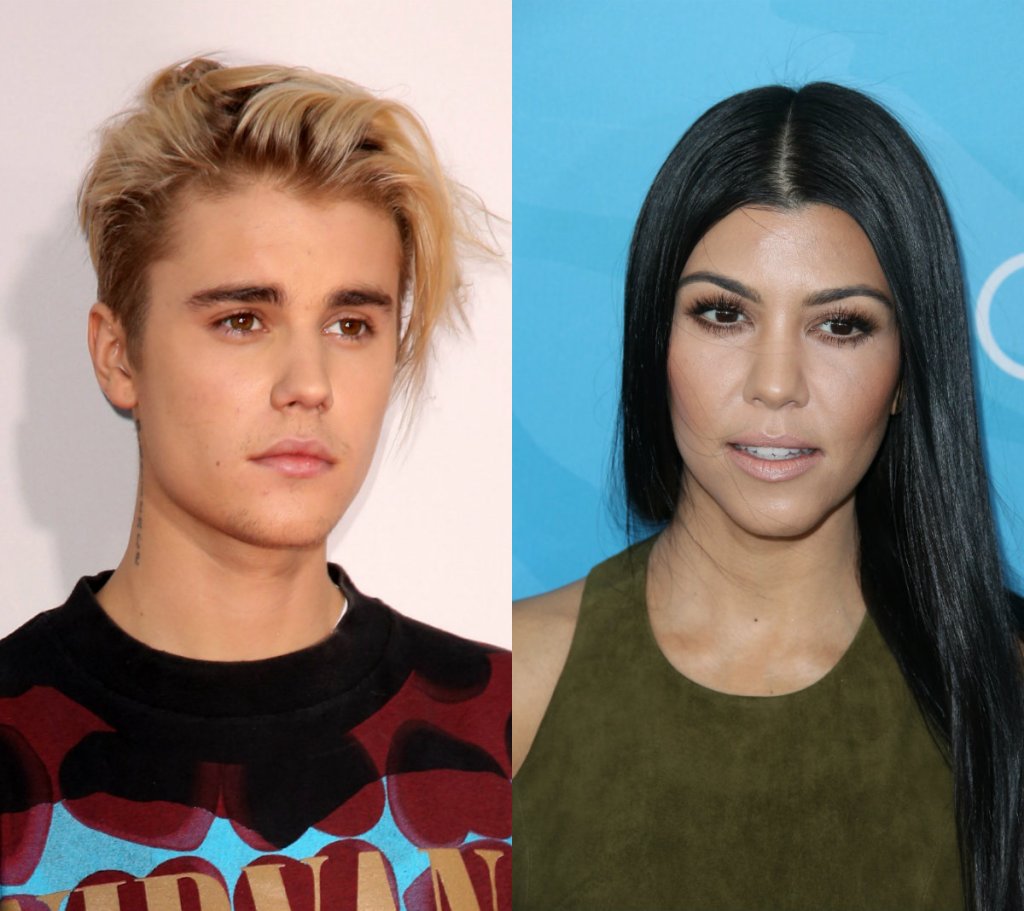 Over the weekend, we learned that Kourtney Kardashian, proud mother of three children, and Justin Bieber, proud owner of a new neck tattoo, are “definitely” hooking up. Apparently the two have been spotted together around L.A.—not that weird given that they both live there and The Biebs is pals with the whole Kard-Jenner crew, but sources are insisting it’s something more.

“Oh, yeah, that’s definitely happening and has been for some time now,” a source told Us Weekly. “Every time Kourtney and Justin are together, they’re extremely flirtatious. They text each other all the time.” Apparently, the 21-year-old singer has been bragging to friends recently about the fact he’s getting it on with the 36-year-old, prompting news outlets to scream “rebound!” for Kourtney, who split with Scott Disick earlier this year.

Now, Justin is making fans freak out even more by posting a cocky Instagram that shows a mystery woman in a, um, compromising position. “Lord knows,” Bieber captioned the photo, which showed off the woman’s leg (and looks fairly Photoshopped and nothing like Kourtney).

We’re pretty confident that the Justin–Kourtney storyline will not play out—the two friends probably thought it would be funny to punk us all and see how wildly hysterical the tabloids can get. Next.