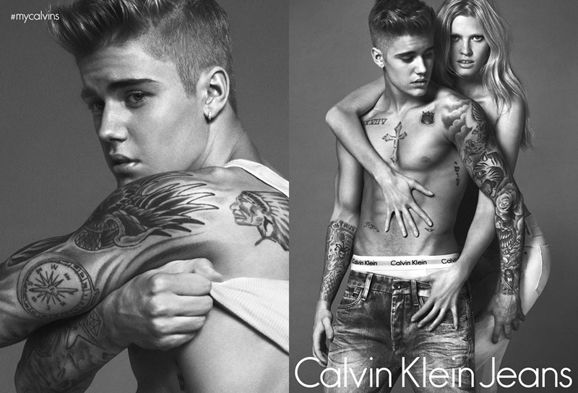 Last summer Justin Bieber started posting photos on Instagram that had a lot of people thinking he could possibly be Calvin Klein’s next campaign star.

Well it’s happening: Calvin Klein has just confirmed that Bieber is the brand’s newest model via a six-second video it posted on Twitter today, along with a few photos of the shirtless pop-star alongside model Lara Stone.

Bieber will follow in the footsteps of Kate Moss, Mark Wahlberg, and Christy Turlington, so this is a pretty big deal.

Watch the teaser clip below and let us know what you think!