Dresses, cakes, and flowers, galore! The date for Justin Bieber and Haily Baldwin’s wedding ceremony has been confirmed, and it’s much sooner then we expected. In Sept. 2018–the singer and supermodel tied the knot in a courthouse ceremony that shocked the world. After all, though Biebs and Baldwin had been a couple in the past, no one knew that they’d rekindled their romance. Still, the pair have been super supportive of one another, especially as Justin has been open about his mental health struggles. Though the newlyweds had initially planned a ceremony for Spring 2019 that would include their friends and loved ones, it was pushed back so that the “Sorry” singer could focus on himself.

Now, it looks like the ceremony planning is well underway. Bieber and Baldwin have been spotted out and about with their official wedding bands–which they’ve been sharing on their respective Instagram pages. They’ve also locked down the date for their wedding celebration, and it’s super special. Apparently, the pair are looking to do their big soiree on the first anniversary of their marriage, on or around Sept. 13.

An insider told US Weekly, “They’ve talked about possibly having their wedding closer to the anniversary of their marriage, in September.” Instead of focusing on the details of the big day, Baldwin had been making sure her hubby has the love and support that he needs. The insider revealed, “She’s not dealing with her own issues, so she can give so much to Justin and be here for him. He feels very safe with her. They love working out together and being able to focus on health.” 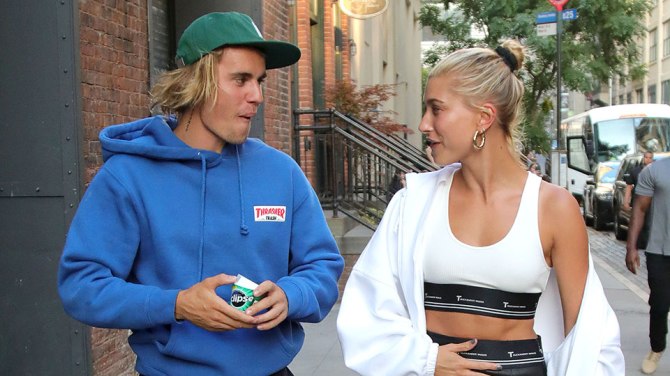 Now that Justin is feeling well (and releasing his own line of natural deodorant), Baldwin feels more comfortable will getting all fo the wedding plans underway.

Let’s just hope that none of their “friends” live stream their ceremony like Diplo did to Sophie Turner and Joe Jonas.