Pranks are fun. And the “Sorry” singer knows it. Justin Bieber pranked Hailey Baldwin and shared the video on his Instagram story for the world to see. But the prank didn’t start out quite right. In the first moment, Bieber is holding his camera in a hallway of (presumably) his building but jumps out at the wrong person! Some dude walks by holding a bunch of boxes and Bieber yells “Ahh!” only to then quickly apologize for randomly jumping at a stranger.

The guy didn’t seem too bent out of shape about it, though. Bieber explained he was waiting for his wife, and the (neighbor?) guy said it was no problem, laughing off the situation, and letting him know “she’s on her way up.”
Round two is—somewhat of—a success. Baldwin comes around the corner with a huge cart and Bieber goes with his “ahh!” again. Baldwin immediately covers her face, jumping back and saying, “Oh my god, babe!” She then (still covering her face) says, “Don’t”—kicks at the camera—”do that to me!” Bieber, despite Baldwin’s less-than-enthusiastic response, is still laughing when the video cuts.

Fast forward to the husband and wife on a private flight. Baldwin, still wearing her puffer jacket and hiding her face, seems to be ignoring Bieber a bit. The 25-year-old singer says, “marriage” with an odd, clearly intentionally jokey expression on his face, as he pans the camera over to his wife. “She doesn’t even pay attention to me,” Bieber jokes. “Do you?” he asks as Baldwin yells, “Stop!”

But he doesn’t listen. Cut to yet another video where it’s back on selfie mode with Bieber.

“Married life,” he says. “Doesn’t even love me no more.” (As he slowly pans the camera over to Baldwin, you can hear that they must be watching Bates Motel. Someone is yelling, “Mrs. Bates we’re sending you backup!” Wondering what Baldwin thinks of the show…) ANYWAY. To finish the video, Baldwin hops up after Bieber’s last self=deprecating accusation that his wife doesn’t love him anymore. The young model begins to kiss her husband all over his neck, cheeks and face. TBH—it’s a bit much. The world probably didn’t need to watch the last few seconds of that video which were pretty much all Bieber saying, “Mmmm kiss me” and “mmm kiss me more.” Extra PDA.

Bieber and Baldwin were married in a secret, private ceremony in Manhattan back in the fall. They opened up about their marriage to Vogue last month, explaining that it’s a tough road and not always easy. “The thing is, marriage is very hard,” Baldwin said. “That is the sentence you should lead with. It’s really effing hard.”

Learning how to live with one another and communicate effectively is a challenge, but one they are happy to be entering together. 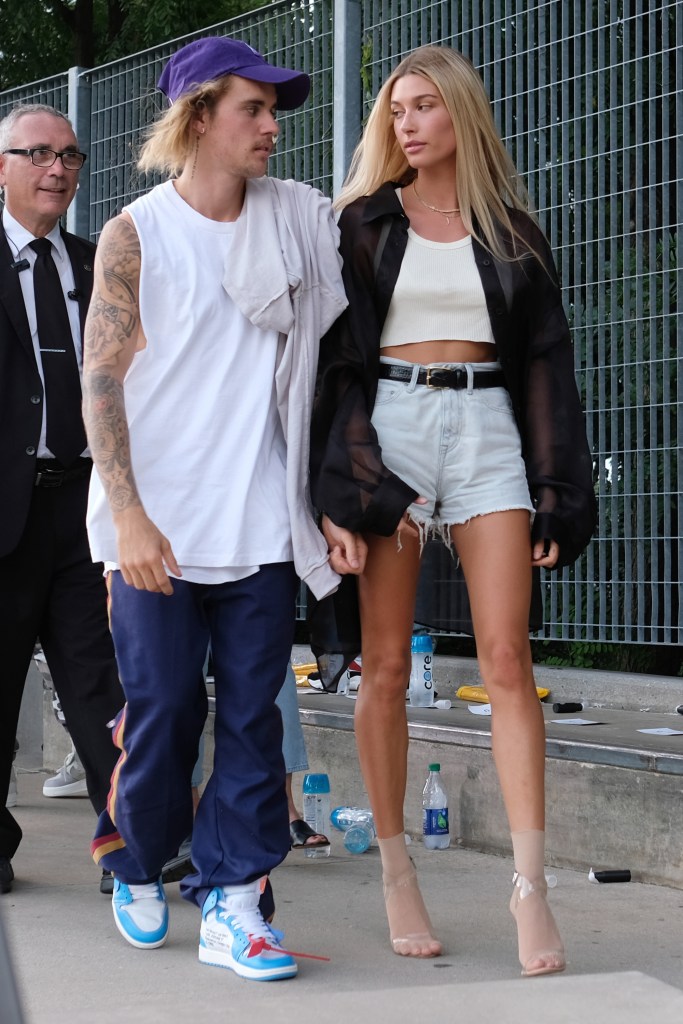