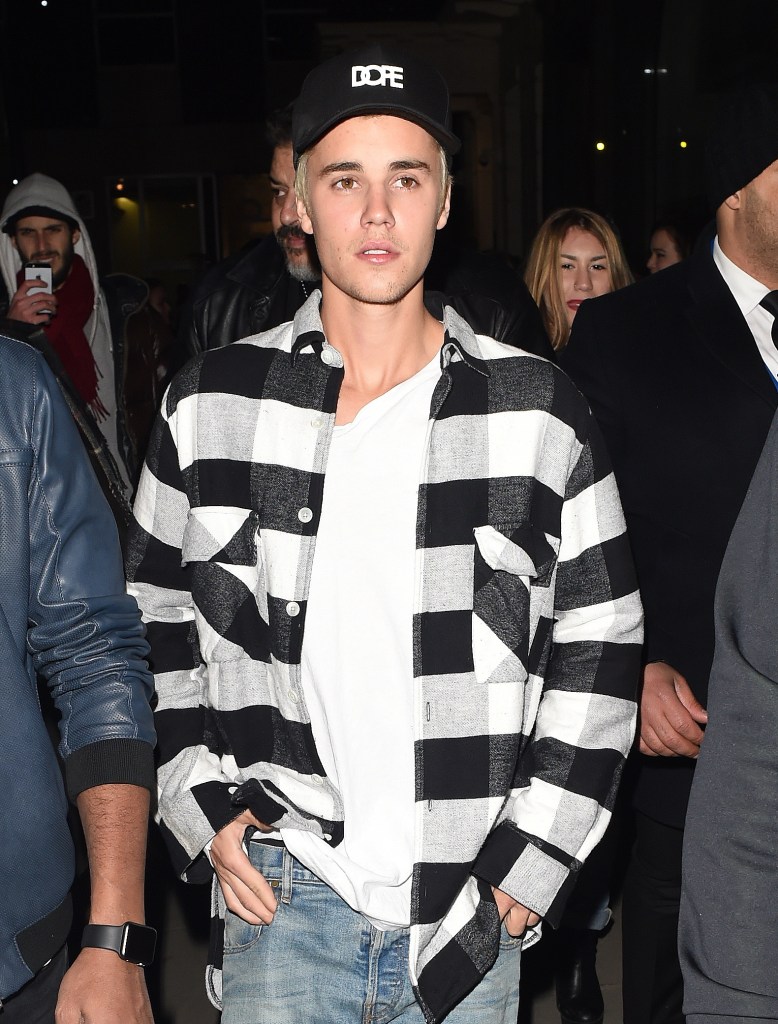 All was well at Justin Bieber‘s show in Saskatoon, Canada, last night—until he fell off the stage. Actually, he didn’t so much fall as much as casually saunter into a trapdoor. As in, one minute he and his red plaid shirt and matching bandana were ambling across the stage without a care in the world, and in the next, he and his outfit had unceremoniously disappeared into a hole in the stage. Cue the sound of thousands of Beliebers screaming.

But he was fine. “Good thing I’m like a cat and I landed on my feet,” Bieber said, after he popped up and pulled himself back onto the stage. “I scared the fuck out of myself.” From a closer angle, you can see that he hit his arm pretty hard, but he seemed able to shake it off just fine. Very feline, Biebs.

It’s unclear why a trapdoor was just hanging around, wide-open and waiting to swallow Bieber, but that’s beside the point. Justin Bieber will live another day. Who knows, maybe Bieber has been spending too much time with Nicola Peltz, and his head wasn’t in the game. If you want to watch it over, and over, and over again—in regular and slow-motion—someone with a lot of time on their hands made that possible for you in the video below.