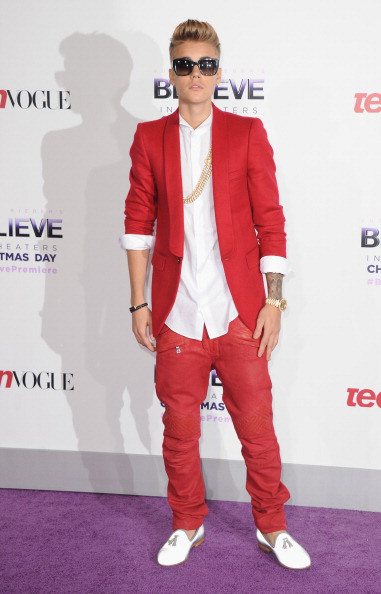 Look out, Lindsay Lohan: There’s a new superstar vying for the honor of top trainwreck.

On the heels of his Miami arrest last week Justin Bieber was busted again, this time in his home country of Canada. The charges? allegedly assaulting his limo driver last month by hitting him in the back of the head while getting chauffeured around with his entourage after a hockey game.

MORE: What Happened to Bieber? A Timeline of His Downward Spiral

The 19-year-old cliché turned himself in to a Toronto police station Wednesday night, and was charged with one count of assault and is scheduled to appear in court in Toronto on March 10, according to reports.

This is the latest in a long string of erratic, entitled, and bizarre actions by Bieber including allegedly getting busted at a Brazilian brothel, making his bodyguards carryhim up the Great Wall of China, getting his house raided in a search for surveillance footage to prove he was involved in an egg-tossing vandalism case, and—most recently—getting arrested in Miami  on drag racing and DUI charges.

It’s not breaking news that a staggering amount of money, power, and fame at a young age can cause stars to feel invincible and, as a result, make some not-so-good decisions, but we’re getting really sick of the young star, who seems to be cockier than ever.

We’d had hopes that the young star would clean up his act before really letting fame turn him into a complete cliché, but his recent  issues show he’s well on his way to Lohan-ville.

Are you shocked Bieber got busted again? Weigh in below!