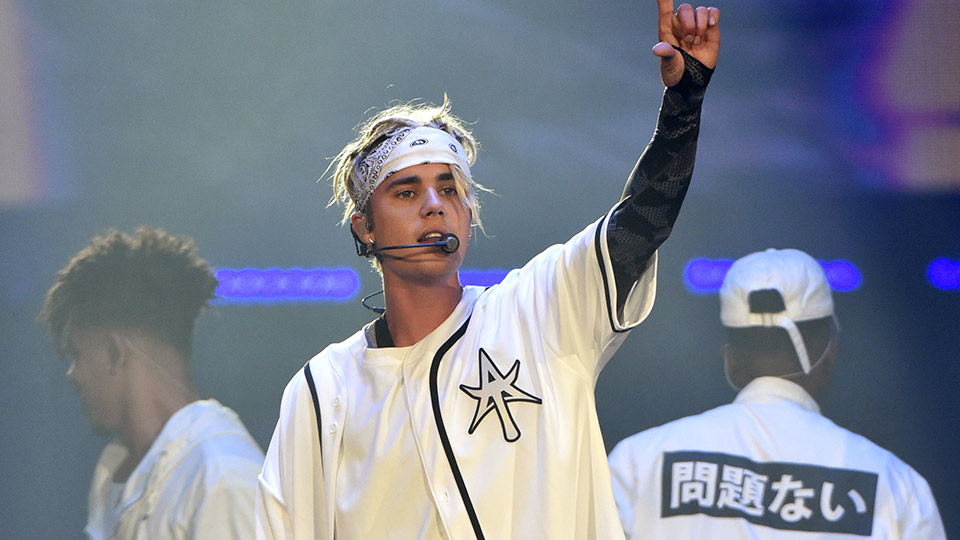 Justin Bieber hangs out with lots of hot girls, you guys. No, really—here’s proof! Late last night, the 22-year-old pop star posted a video on Instagram depicting a group of bikini-clad young women in a pool in Hawaii, where he’s currently vacationing.

In the clip, which has already been viewed more than three million times, Fetty Wap blares in the background while four girls in white bikinis float, swim, and look at the Biebs with mild confusion as he films the scene. What’s happening exactly is anyone’s guess, although we do hear the following exchange:

“Where’s my lighter?” says some unidentified dude in the background (which the UK tabloids have, rather hilariously, interpreted as Bieber asking for a BJ). “Justin, I’ll send you an Uber home!” says one of the girls, with an Australian accent. “Do you Uber everywhere?” says another, laughing.

Riveting footage, really. Definitely essential viewing for 76 million-plus followers. We hope the girls at least walked away with some merch for lending their talents to his ‘Gram.