Oh, Justin Bieber. After a particularly tumultuous couple of months, it’s being reported that the pop superstar was arrested in Miami, Fla. early Thursday morning for drag racing and DUI. 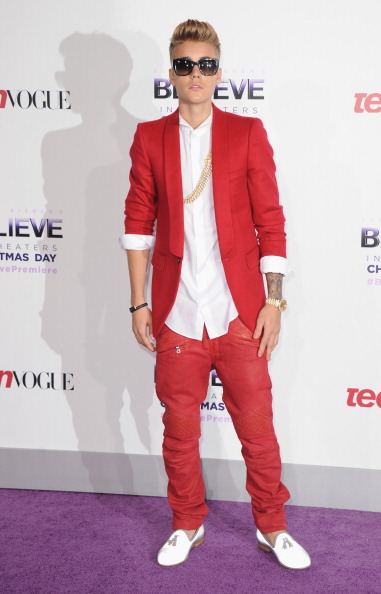 According to a local news report, the 19-year-old was racing in a rented yellow Lamborghini when he was pulled over and subsequently failed a sobriety test at the scene and was taken into custody.

This is the latest in a long string of erratic, entitled, and bizarre actions by Bieber including allegedly getting busted at a Brazilian brothel, making his bodyguards carry him up the Great Wall of China, and—most recently—getting his house raided in a search for surveillance footage to prove he was involved in an egg-tossing vandalism case.

It’s not breaking news that a staggering amount of money, power, and fame at a young age can cause stars to feel invincible and, as a result, make some not-so-good decisions, but the fact that he was drag racing is especially disturbing given actor Paul Walker’s tragic death in November.

We’d had hopes that the young star would clean up his act before really letting fame turn him into a complete cliché, but a DUI arrest seems to show he’s well on his way to Lindsay Lohan-ville.

There’s also a video that an Instagram user by the name of samanthurx74 that was posted early Thursday morning with the caption “Lmfao justin bieber just got pulled over #justinbieber @tmz” which allegedly shows Bieber getting busted by cops, although there’s no proof that it’s actually him, and the user made her profile private hours after posting the clip.

Head over to NBC Miami to read the whole story, and let us know: Are you shocked that Justin Bieber got arrested?

UPDATE: The full report of Bieber’s arrest has been made public. Head over to Gawker to read the entire thing, which includes numerous occasions of Bieber saying the F-word to the cops.