Julianne Hough was 18 when she first heard the word endometriosis. She had just moved into a new apartment in Los Angeles, and her roommate, hunched over from pain in the bathroom, explained it to her.

“I was like, ‘Endo, what? Endometri, who?’” Hough tells StyleCaster at Wednesday’s BlogHer18 Health conference in New York City, where she was a keynote speaker. “This is a terrible thing to say, but as an 18-year-old, I was like, ‘She’s just dramatic. I have those same things. That’s just you having your period.’” 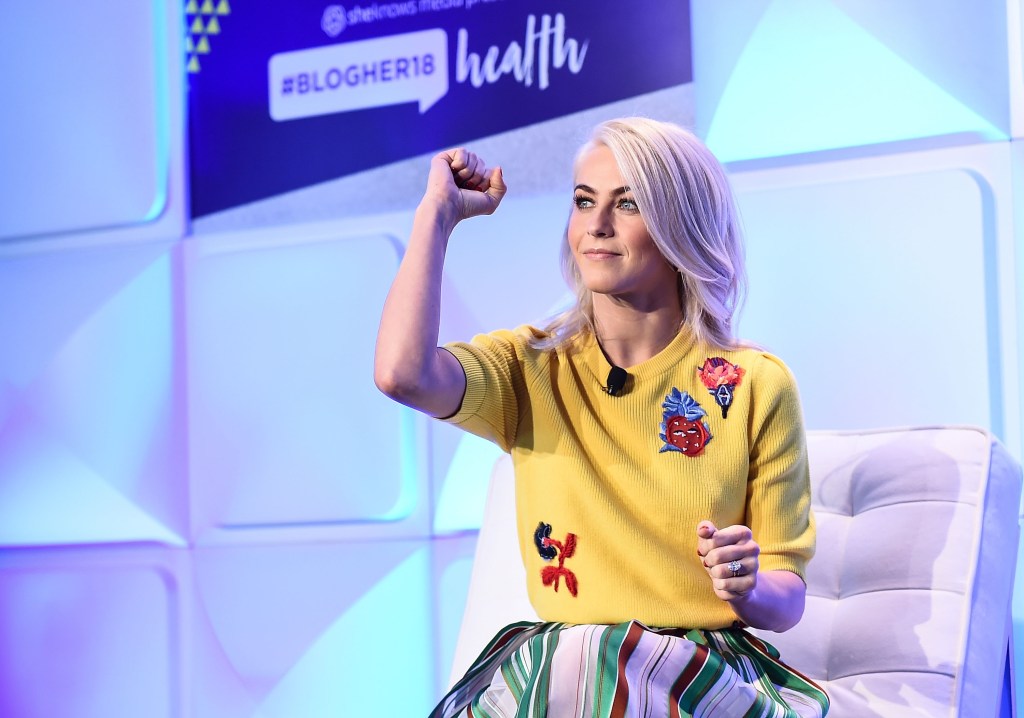 Though Hough had been experiencing symptoms of endometriosis—a condition in which the tissue that typically lines the uterus grows outside of it—since she started puberty, she wasn’t ready to seek a diagnosis yet, afraid of how it might hurt her career. So she chalked the pain up to menstrual cramps and hoped it would go away.

I was so tired of trying to be Miss Perfect and pretending everything was fine.

A year later, Hough found her big break as a professional dancer on “Dancing with the Stars,” but her symptoms didn’t stop. Still, she wasn’t ready to seek a diagnosis, so she forced a smile and danced through the pain. “It’s like, ‘Yay! Put on a smiley face. Everything is perfect. Everything is great,’” Hough says. “There’s only so long that you can keep that up. You get exhausted. I was so tired of trying to be Miss Perfect and pretending everything was fine.”

It wasn’t until two seasons in that Hough experienced a major, painful episode while dancing and finally went to see a doctor. After three days of testing and exams, Hough was officially diagnosed with endometriosis.

MORE: What It’s Like to Suffer from Endometriosis, from 5 Women Who Know

“I was 20 years old when this happened. I was like, ‘Holy cow! Wait, what?’” Hough says. “At first, it was scary. I was like, ‘Who am I? I have endometriosis?  What does that even mean?’ I had so many questions. ‘Is this going to hurt my career? Maybe I can just keep it secret.’”

Soon after, Hough underwent surgery to remove her appendix and ease her stomach pain. She made headlines for coming out with her diagnosis, but it wasn’t until years later that she felt fully comfortable sharing her story.

“I was quiet about it for a few years,” Hough says. “Then I realized that by me talking about this, it’s not going to heal me, and it’s not for me to talk about, it’s for others. By me having endometriosis, this doesn’t hinder me at all. This gives me power because I can have a voice to help other women have a voice and once they have a voice, they can help others. Vulnerability gives you strength. You help yourself when you help others.”

Still, Hough’s battle with endometriosis and its effects is ongoing. Hough has dreamt of becoming a mom since she was 5 years old, and though endometriosis doesn’t preclude the possibility of natural childbirth, Hough acknowledges that there are other options for motherhood. 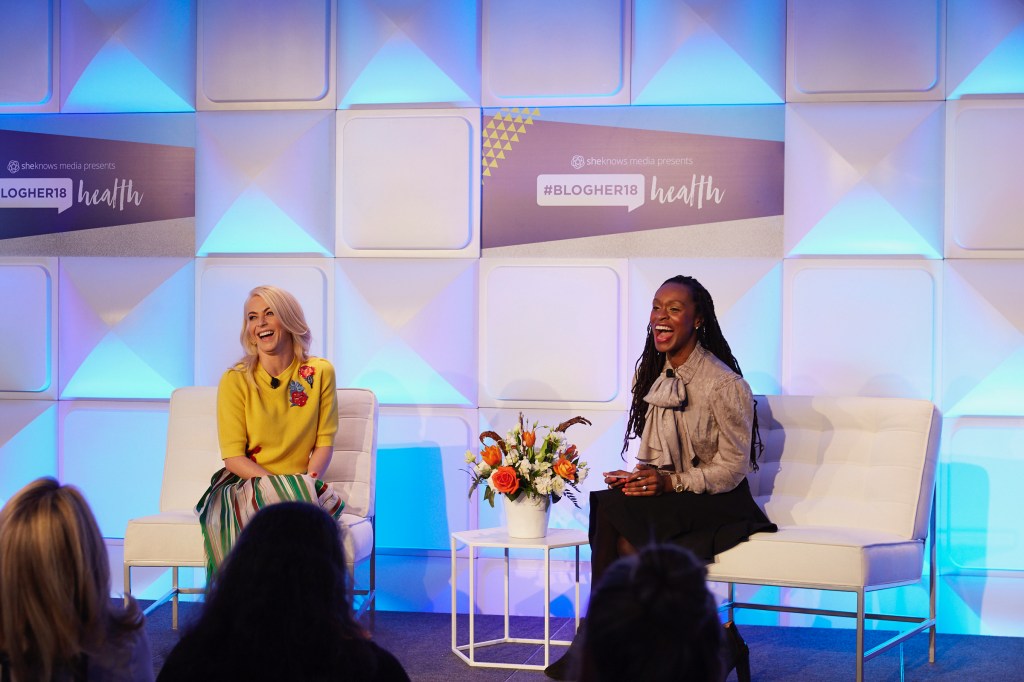 “I’ve wanted to be a mom since as early as I can remember. I just have this ‘I can’t wait to be that person’ feeling,” Hough says. “What I’ve realized is that I can be a mother…I can be a nurturer. I can be a giver and help raise people. I can also adopt. I can do all those different things. There are so many options for me to be a mom.”

Having a family is a topic Hough has addressed more since marrying her husband, NHL player Brooks Laich, in July. “My husband and I were both like, ‘We want to wait a few more years.’ Because we have a lot of stuff to do personally and we want to be together for a few more years before we bring a life into this world. But it’s definitely more of a conversation than ‘Oh, yeah! We’ll get pregnant. Whatever!’”

Though learning that she may not be able to carry her own children was hard to hear, Hough is thankful that the news might have saved her from heartbreak over potential miscarriages had she not known.

“Knowledge is power,” Hough says. “The more you know, the more you can do things to either help or prevent, and the earlier you can catch it, the better. I’ve learned things through having endometriosis that maybe I never would’ve found out if I was trying to have kid. It could’ve been really difficult for me with having miscarriages. Now I have knowledge, and now I can actually prepare and hopefully not be let down when otherwise I could’ve been very badly.” 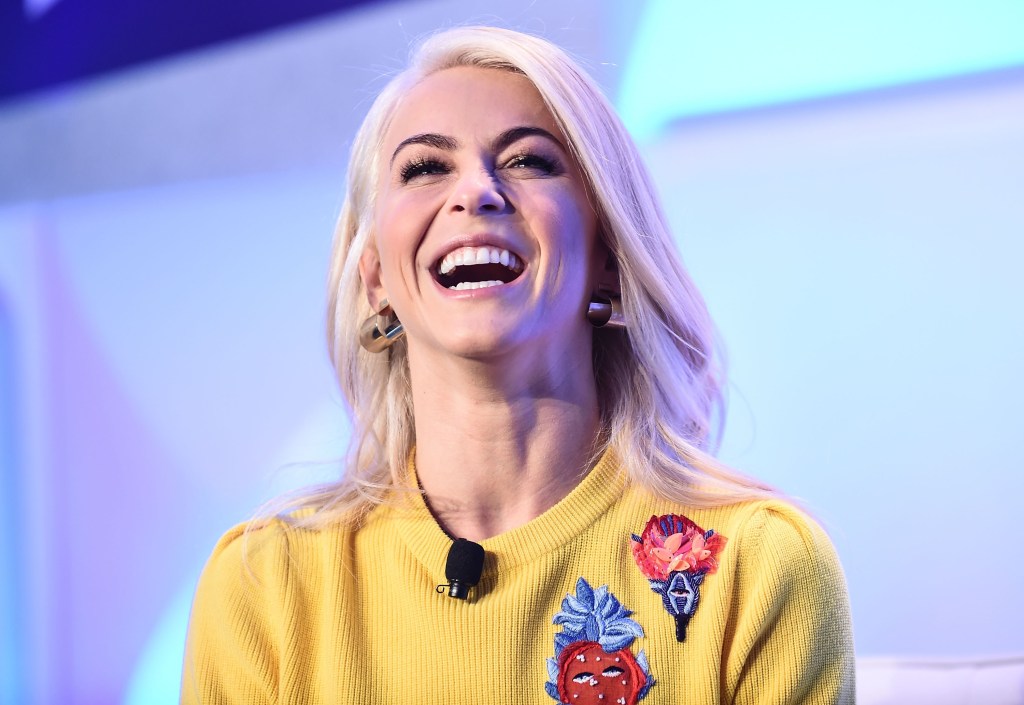 Hough’s new perspective on her condition is why she partnered with #SpeakEndo, a campaign encouraging women to learn more about endometriosis. For Hough, ignorance isn’t bliss, and education is key for health and happiness.