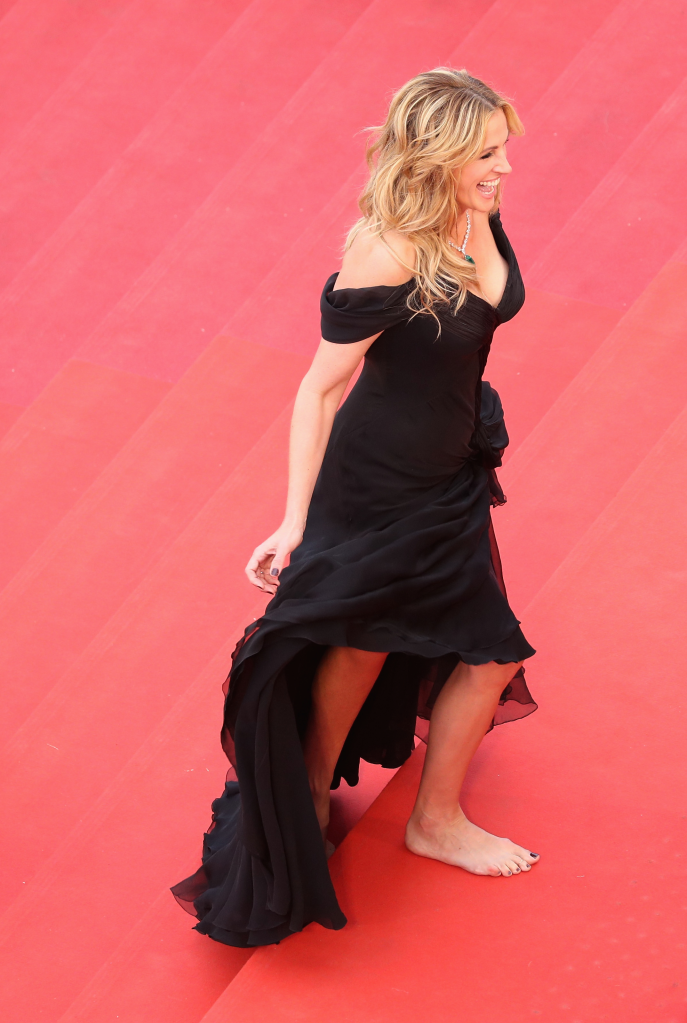 A rash of shoeless celebs is sweeping the nation—nay, the world. Justin Bieber was caught wandering around Boston sans shoes on Monday, and Kristen Stewart slipped off her Louboutins at a Cannes photocall a couple of days ago. And now—hold onto your hats—Julia Roberts has joined this barefoot gang of hooligans by showing up to the Cannes red carpet in towering stilettos—but taking them off (and stashing them somewhere) before she got into the Palais des Festivals.

Though she didn’t arrive straight-up not wearing any footwear whatsoever, her shoes pulled a disappearing act at some point as she made her way down the long red carpet. Last year, a “scandal” known as “Flatgate” erupted when some women were turned away from red carpet events because they weren’t wearing high heels; perhaps Roberts’s actions were a political statement, as some have been speculating, or maybe her feet were just tired. In any event, Roberts is known for not giving a damn at these types of events—for example, she famously showed up to a “Notting Hill” premiere with hairy armpits, which really caused a stir. Shoeless and hairy armpits—Miley Cyrus would be proud. 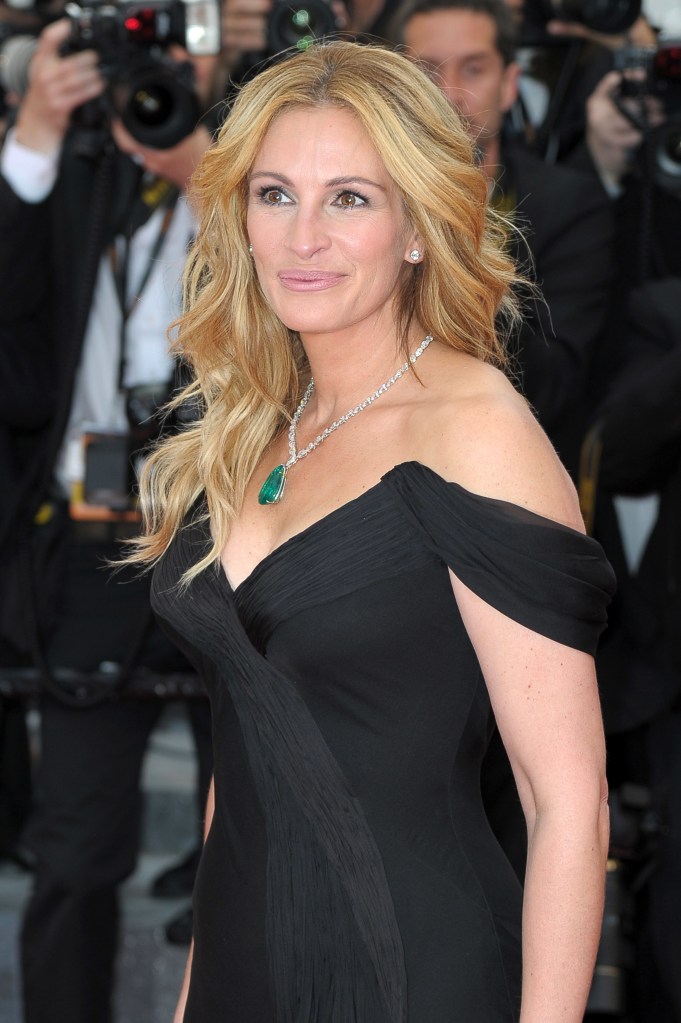