If you’ve watched her in shows like Ozark and Inventing Anna, you may be wondering about Julia Garner’s net worth and how much she makes compared to her characters.

Garner, who was born in The Bronx, New York, started acting when she was 15 years old as a way to overcome her shyness. “I had a hard time talking,” she told The Cut in 2017. “That’s why I liked acting. Because I could say other people’s words.” When she was 17, she made her movie debut as Sarah in 2011’s Martha May Marlene. She went on to star in movies like Not Fade Away, Electrick Children (which was her first lead role in a film), The Last Exorcism Part II, We Are What We Are, Sin City: A Dame to Kill, Grandma and HBO’s Girls before her scene-stealing role in Netflix’s Ozark, which won her two Emmy awards.

In an interview with The Hollywood Reporter in 2020, Garner revealed that a casting director was skeptical of her success as an actor when she was a teenager because of how she looked. “[The casting director] is like, ‘You should do independent films,'” Garner said. “I was too natural maybe in terms of acting. I was just too weird-looking. When you think about teen actors, you think of them having this gorgeous, luscious hair and being so pretty that you’re like, ‘You would never be the shy girl in high school.’ I was definitely not [the luscious hair girl]. My style, it’s still the same. It’s been the same since I was 6 years old, which is a black turtleneck.”

What does Julia Garner make from Ozark? 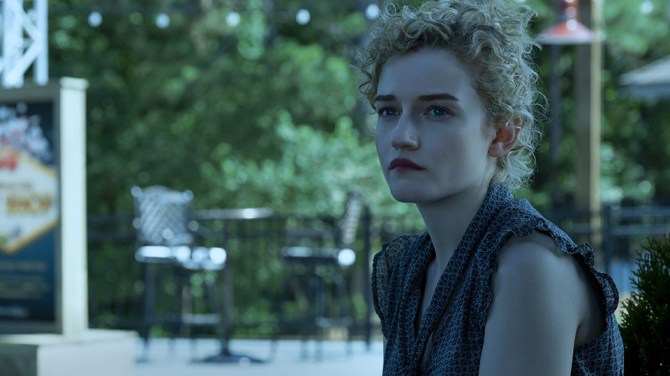 What does Julia Garner make from Ozark? Garner starred as Ruth Langmore, a young woman who is part of a local criminal family, in Netflix’s Ozark for four seasons from 2017 to 2022. She won two Emmys for Outstanding Supporting Actress in a Drama Series for the role in 2019 and 2020. “I love playing Ruth so much, and every single day I just feel so lucky to be doing this,” Garner said during her Emmys speech in 2019. “This is so special. I’ll remember this forever.”

How much does Julia Garner make from Ozark? Garner’s Ozark salary hasn’t been confirmed, but it’s assumed that she makes around the same amount as her co-stars, Jason Bateman, who plays Marty Byrde, and Laura Linney, who plays Wendy Byrde. According to Variety, both Bateman and Linney made $300,000 per episode on Ozark as of 2017. If their salary remained the same, the rate would’ve paid them $3 million for 10 episodes in season one, $3 million for 10 episodes in season two, $3 million for 10 episodes in season 3 and $4.2 million for 10 episodes in season four, the final season. In total, Bateman and Linney would’ve made at least $13.2 million for all four seasons of Ozark though it’s assumed they made even more after the show’s success and Emmy nominations for Outstanding Drama Series in 2019 and 2020. Bateman has also been nominated for Outstanding Lead Actor in a Drama Series from 2018 to 2020, while Linney has been nominated for Outstanding Lead Actress in a Drama Series in 2019 and 2020. Given that Garner is a supporting actor for Bateman and Linney’s lead characters in Ozark, it’s assumed that she makes close to what her co-stars earn but not the exact same amount. Considering that she’s the only cast member to win an Emmy—let alone two—for her role in Ozark, we estimate that Garner’s salary is at least six figures per episode of Ozark, which would’ve paid her millions of dollars by the time the series ended in 2022.

Garner told The Los Angeles Times in 2020 that she was cast as Ruth in Ozark after she became “obsessed” with the role. “I had an obsession with Ruth the moment I saw the mock sides for the audition and I don’t get obsession with characters and parts. I’m very good,” she said. “If I have to audition for something, I’m like, ‘One bus comes, one bus goes kind of thing.’ That’s the business we’re in. But I remember I kept thinking, ‘I have to get this part. I will have a hard time watching this show, seeing someone else doing this part.’ And I never think like that. “So, I remember thinking I had to get this part. I just did. There was something, I just understood her for some reason. Even though she’s so different from me.”

She revealed that she was the only actress to audition with a Missouri accent. “Every single girl that went in the room was saying the lines that I was going to say, none of them had accents and I was like, ‘Oh my god. I’m going to look like one of those actors who are like I’m an actor, I’m in theatre,'” she said. “Those over-the-top actors that overact. I’m going to look like that actor.” When she tried to audition without an accent, Garner forgot her lines. She said,  “I only remembered it with an accent.” Garner didn’t hear back about her audition for a few days and assumed she had lost the role. “Well, I’m going to forget about this. I’m not going to hear from this project. It’s just not happening,” she said. Then, a week after her audition, she received the call that she had booked the part of Ruth. “It worked out for me. I thought there was no chance,” she said.

In an interview with Rolling Stone in 2021, Garner opened up about how she relates to Ruth.  “I feel like, when a child goes through something, the first heartbreak, they lose their innocence, and they’re stuck at that age,” she said. “To me, trauma is trauma. With Ruth, her main thing is she doesn’t have women. She only knows how to be with men. But she’s not with men who respect women, or they’re not good men.” She continued, “Ruth doesn’t know what a normal and healthy relationship is. She doesn’t know what unconditional love is.”

What did Julia Garner make from Inventing Anna? 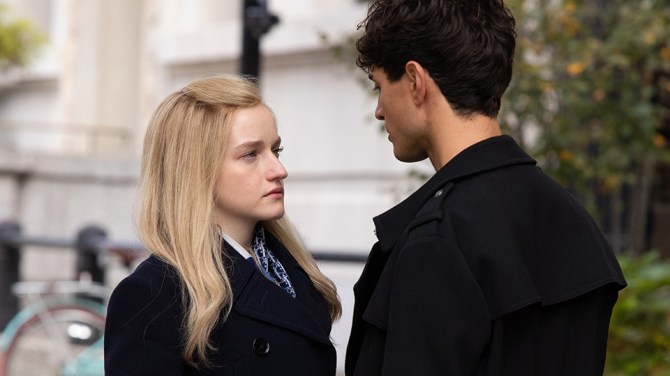 What did Julia Garner make from Inventing Anna? Garner played Anna Delvey (also known as Anna Sorokin) in Netflix’s Inventing Anna, which premieres on February 4, 2022. The show, which was created by Shonda Rhimes, is based on New York Magazine writer Jessica Pressler’s 2018 article, “How Anna Delvey Tricked New York’s Party People,” which investigated how a Russian woman named Anna Sorokin pretended to be a wealthy German heiress under the name Anna Delvey to defraud banks, hotels and wealthy friends between 2013 to 2017. Sorokin was convicted of multiple counts of attempted grand larceny, larceny in the 2nd degree and theft of services in 2019.

While Garner’s salary for Inventing Anna hasn’t been confirmed, Insider reported in 2021 that Sorokin was paid $320,000 by Netflix for the rights to adapt her life into Inventing Anna. According to court records obtained by Insider, Sorokin used $199,000 of the money to pay restitution to the banks she defrauded and used another $24,000 to settle state fines. She also used $75,000 in attorney fees and will owe more once her case is concluded. Sorokin was released from prison in February 2021 and was taken into custody by Immigration and Customs Enforcement, whee she awaits deportation to Germany. After what she paid in restitution, fines and attorney fees, Sorokin will have little left from the $320,000 Netflix paid her.

Rhimes told Town & Country in 2022 about why she cast Garner as Sorokin. “Julia approaches her roles from an intellectual place that allows for the precision and dexterity needed to delve into the mind and spirit of a character,” she said.“Anna Delvey is a person who goes through many transformations to reach her goals. Given Julia’s range, we knew this was something she could deliver on.” She also revealed to The Hollywood Reporter in 2020 that she met Sorokin at the Albion Correctional Facility in New York, where Sorokin asked Garner to re-create her accent. “She might be the hardest character I’ve ever played,” Garner said. “It got super meta because she’s like, ‘So how are you playing me?’” She continued, “I said, ‘Well, you’re very complex. Your accent’s really hard.’ She’s like, ‘Oh my God, how do you sound like me? You have to do it.’ She just was freaking out,” she said.

What is Julia Garner’s net worth

In an interview with Harper’s Bazaar Singapore in 2022, Garner revealed that her “I made it” moment was when she was watching a episode of Jeopardy in a yellow cab and saw a question about herself. “The words ‘Who is Jason Bateman and Julia Garner?’ were blaring from a rerun of Jeopardy on Taxi TV,” she said. “That was when I thought to myself, ‘Oh, I made it! My name’s on Jeopardy. That’s cool.’” She also told Town & Country in 2022 about why she relates to Sorokin. “She’s a big dreamer, and I would consider myself a dreamer,” Garner said. “In the business that we’re in, you have to be.” As for what else she wants to accomplish in her career, Garner told the magazine: “I want to continue playing strong, complex women. I love switching people’s minds when they’re going back and forth about a character.”

Ozark is available to stream on Netflix.