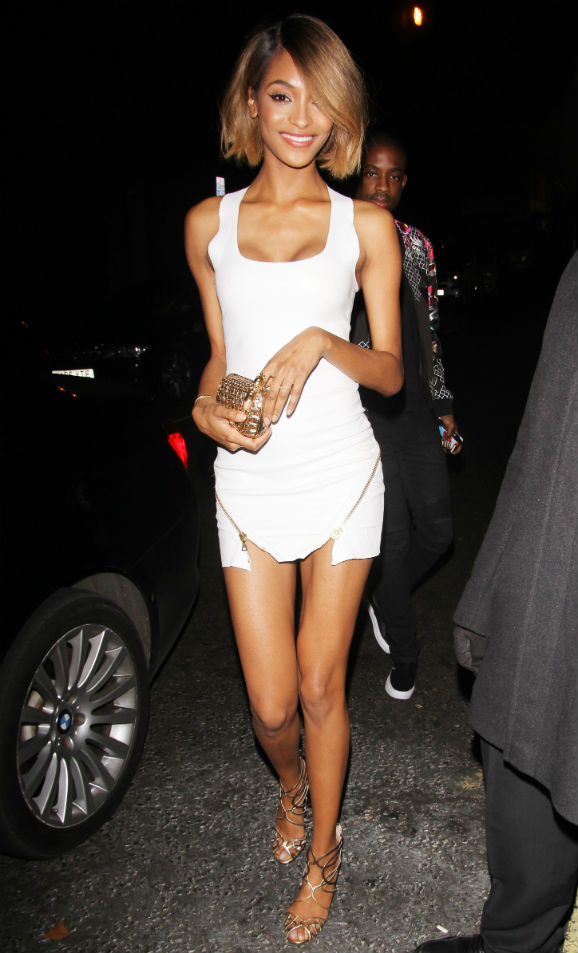 Let’s hope this is a sign of good things to come in 2015: London-born Jourdan Dunn just announced via Instagram that she scored the February 2015 cover of British Vogue.

The significance? This will make her the first black model to score a solo cover in over 12 years, the last being Naomi Campbell in 2002.

“I’m so Happy to finally say I’M ON THE COVER OF BRITISH VOGUE!!!” she wrote alongside a picture of the cover, on Instagram.

MORE: 30 Black Models Who Made History

The cover announcement comes just weeks after The Fashion Spot called out a variety of major women’s magazines for failing to feature a diverse group of women on its covers over the last year, particularly signaling out British Vogue.

Dunn has been vocal about racism in the fashion industry in the past. “The people who control the industry…say if you have a black face on a magazine cover it won’t sell, but there’s no real evidence for that. It’s lazy,” she told The Guardian in 2014.

Three cheers for Jourdan and check out the gorgeous cover below!

I'm so Happy to finally say I'M ON THE COVER OF BRITISH VOGUE!!! 🙌🙏🙌🙏🙌 Thank you @britishvogue ,Patrick Demarchelier and Kate Phelan for making this happen and also thank you all for the Love and Support it means everything to me 😘😘😘😘😘#2015YearOfTheDunn