Since they quit the show, fans have wanted to know if Josh and Shannon are still together from Love Island or whether their romance has fizzled since their return to the mainland.

Josh Goldstein, a 24-year-old from Haverhill, Massachusetts, and Shannon St. Clair, a 25-year-old from Warminster, Pennsylvania, were two of the original contestants on Love Island US season 3. The two were coupled up from the start, and though they had their ups and downs—such as when Shannon almost broke up with Josh after he kissed Aimee—they continued to be one of the strongest couples of the season. Many fans even predicted that Josh and Shannon would win the $100,000 prize in the end…until their abrupt exit.

Why did Josh and Shannon leave Love Island?

During the August 5 episode of Love Island US season 3, Josh and Shannon revealed that they would be quitting the show after learning that Josh’s sister died the previous night. “I just want to tell you guys that me and Shannon are going home today,” Josh told his cast mates. “Unfortunately, my sister passed away last night. … I just got word.”

“She was an unbelievable person,” he continued. “She was the reason I’m here, the reason I found Shannon and met all you guys. It’s unexpected, but she lived an unbelievable life. I just need to be home with my family right now to support them. I just want to let you guys know that I’m so grateful to have met all of you, consider you all my best friends. We’re going to see each other again. This isn’t it.” 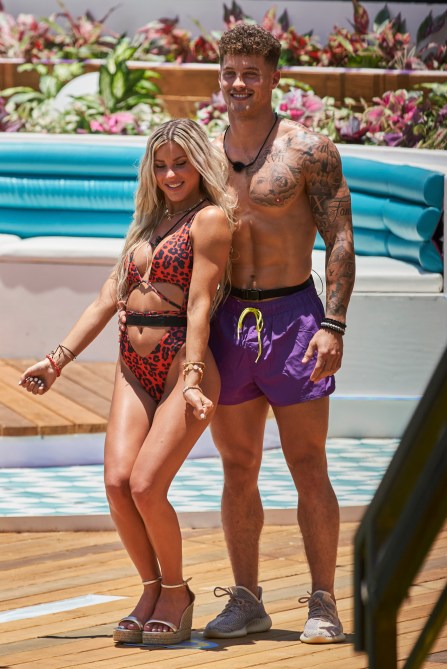 Are Josh and Shannon still together from Love Island?

So are Josh and Shannon still together from Love Island? The answer is yes. In an Instagram post on August 7, Josh updated fans on him and Shannon after they left Love Island. “Thank you for all the support, thanks we love you all so so much 💜,” he captioned the clip.

“Hello everybody, it’s Shannon and Josh,” Josh said in the video with Shannon by his side. “We just wanted to let everyone know we made it back to Massachusetts. We’re home with my family. We want to thank everybody, not only for their support throughout the show but the support, you know, in this tough time dealing with the loss of my sister.”

He continued, “We’re just mourning right now and wanted to let everyone know that we appreciate all the well wishes and all the support and everything means a lot. Anyone that’s reached out or sent things — flowers, food, anything. It means the world.”

Shannon also confirmed that Josh’s sister was the reason he joined Love Island, and their relationship wouldn’t have been possible without her. “I also wanted to say, we love you guys and Lindsey was a huge fan of the show and would always watch her little brother and support him and us as a couple,” Shannon said. “She’s the reason why we are together and where we are right now. She’s the one who signed Josh up for the show we always feel that everything happens for a reason, and we owe that all to Lindsey.”

She continued, “We want to thank you for respecting Josh’s privacy at this moment. We just love you all so much, so unconditionally. It really means so much.”

Love Island US airs Tuesdays, Wednesdays, Thursdays, Fridays and Sundays at 9 p.m. on CBS. Here’s how to watch it for free.