Josephine Langford’s life hasn’t changed much from the After franchise. “There are a lot more edits of me on the internet than have ever existed before,” she tells StyleCaster.” People say, ‘Oh. I thought you were pregnant because I saw a photo on the internet where you had a kid.’ I’m like, ‘No. I’m not pregnant.’”

But aside from the edits and the rare moments when she’s stopped on the street by fans, her life is about the same. “I have the same friends. I do the same stuff. Nothing has really changed for me in my day to day life,” she says.

Though her life hasn’t changed, the same can’t be said for the fans of the After franchise, a movie series based on Anna Todd’s 2014 novel (and Harry Styles fanfiction) of the same title. The first of the films, After, came out in 2019. The second film, After We Collided, premieres on October 23, 2020. Langford also confirmed that a third and fourth film are in the works. In the series, Langford stars as Tessa Young, a freshman in college who starts a relationship with Hardin Scott (Hero Fiennes Tiffin), her school’s local bad boy. After We Collided follows Tessa and Hardin’s love story after she discovers that he only courted because of a bet.

“Tessa is at a different stage in her life,” Langford says of how After We Collided is different than After. “You’re no longer playing who’s in her first year of college. You’re playing a girl after she’s experienced heartbreak. She’s starting an internship. She’s at a different point in her life.”

Ahead, Langford talked to StyleCaster about whether she would want a relationship like Tessa and Hardin’s, how Dylan Sprouse’s character, Trevor Matthews, affects their relationship and what fans can expect from the third and fourth movie after the cliffhanger in After We Collided. (Spoilers ahead.) 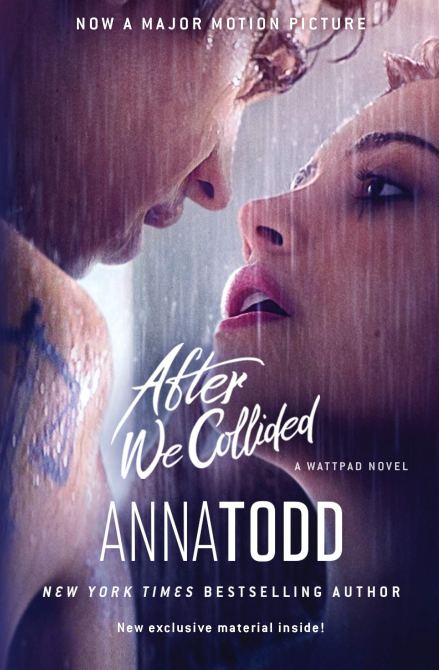 On if she thinks Hardin or Trevor is better for Tessa

“It’s hard when you start to judge your character or have a personal opinion. Right now, her sights are set on Hardin. I don’t think her sights were ever truly set on Trevor. Maybe they have some sort of connection. But I think it’s always been Hardin for her.”

On if Dylan or Hero is more similar to their character

“Hardin is such a specific character that I’d have to go for Dylan because he’s also smart and he’s also nice like Trevor is.”

On what fans can expect from the third and fourth movies

“The cat is out of the bag. We are filming three and four. We’re in the middle of filming right now. I don’t know what I can say but the dad may have a part to play in her story. He definitely does in the books. Tessa hasn’t seen her dad in 10 years. Having someone come into your life after a significant period of time and having to deal with the obstacles that come with that, it adds something additional to Tessa and Hardin’s relationship. I don’t want to spoil too much. It affects them. It’s a challenge they have to work through like any challenge. But I do think they have a sort of happy ending.”

On the casting changes for the third and fourth films

“I am excited because I’ve worked with a few of them so far. Chance [Perdomo], Arielle [Kebbel], Stephen [Moyer] and everyone is super talented and lovely and amazing to work with. As was Shane [Paul McGhie], Candice [King], Charlie [Weber] and everyone else. I’m just very lucky that I’ve had a positive experience of getting to work with so many wonderful actors.” 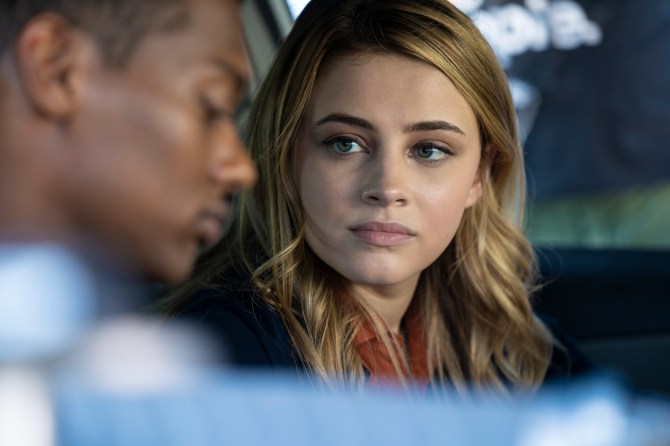 On her hopes for Tessa

On how she’s similar and different to Tessa

“We’re similar in ways. With every character you play, you find yourself in them. Otherwise, how do you do it? But we are different people, other than the obvious. We’re from completely different countries. There are parts that are similar and parts that are different. We can both be stubborn. I’m not a reader and she’s a reader. I wish I was a reader. But we have a similar neuroticism to us.”