It’s 2:30 a.m., do you know where you were? Well, we were sleeping. We’re guessing you were too. Jordyn Woods, however, was shading Kylie Jenner on Instagram. Or at least, that’s what people are saying. If How I Met Your Mother taught us anything, it’s that nothing good happens after 2 a.m. Woods, apparently, has not seen the show or did not take it to heart. Because her latest social media activity proves that Instagramming late at night isn’t good for anyone.

Late last night, Woods shared a photo of herself standing against a dark wall, with her hands placed around her face. The pose didn’t look entirely natural, but there was a point. The whole room was cast in a purple hue, allowing Woods’ nails to glow in the dark. The 21-year-old model captioned the photo, “Girls be doin the most to show off their nail color 😂.”

So what does this mean? It could just be an innocent post about liking her nails. Or even a self-deprecating dig at herself for showing off her own nails, right? Well…yes. But if you haven’t been keeping up with Woods’ former BFF Kylie Jenner’s Instagrams, you may have missed all of the attention she’s been giving her nails lately. And it has been A LOT. Plus, the fact that Woods deleted the post might be proof enough that it was an ill-intentioned post, which she realized after people began calling her out. Who knows? But it definitely seems possible that it’s a pointed dig at Jenner. 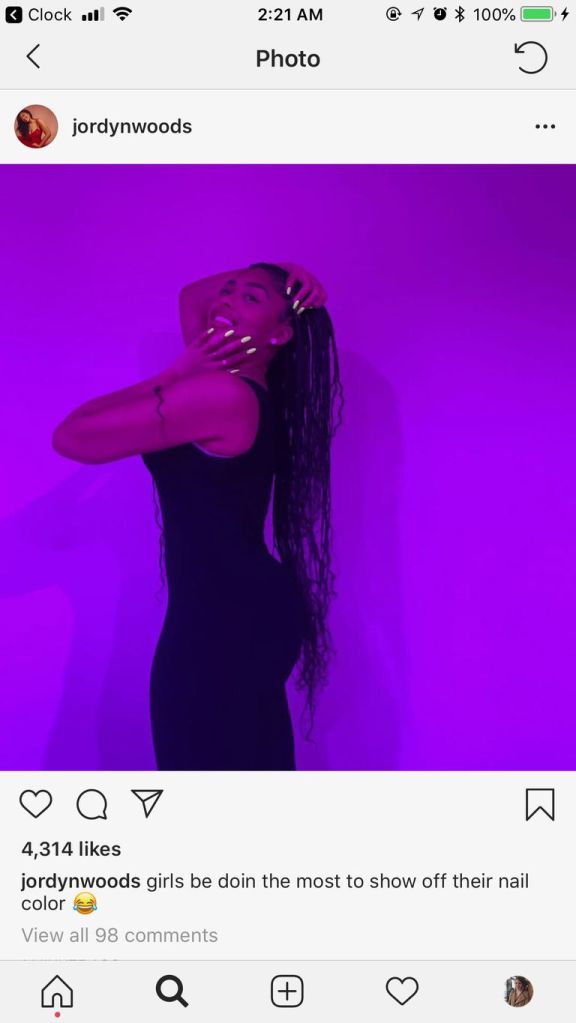 On March 26, the reality star shared a photo of her hand and her friend Heather Sanders’s hand, showing off their elaborate manicures.

And—side bar—Sanders has been posting non-stop about her nails, too. There’s definitely a pattern here.

And lastly, Cosmopolitan Instagrammed Jenner’s manicure with the caption, “The self-made mani” (a play on Jenner’s title of the youngest self-made billionaire).

It is possible that Woods was not intending to offend or insult Jenner at all, though. Jenner tends to post a single close-up of her nails and then move on with her day. She doesn’t engage in any ridiculous poses. So perhaps Woods was talking about other girls on Instagram who do go to great lengths to show off. And perhaps she deleted it because she realized people were drawing a connection between her post and Jenner. 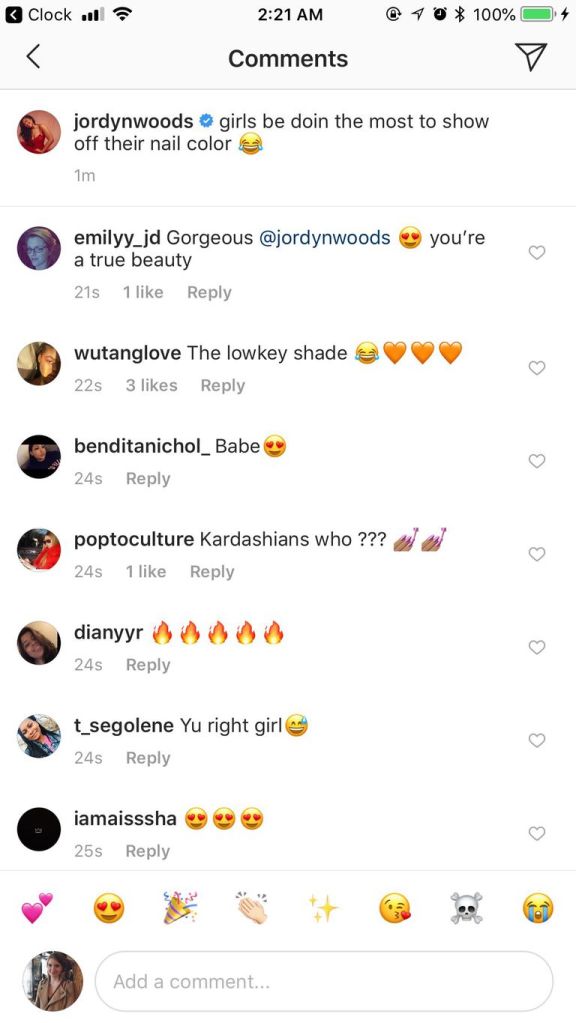 Regardless, this whole incident has proved one thing. And Ted Mosby would be happy we’re learning. 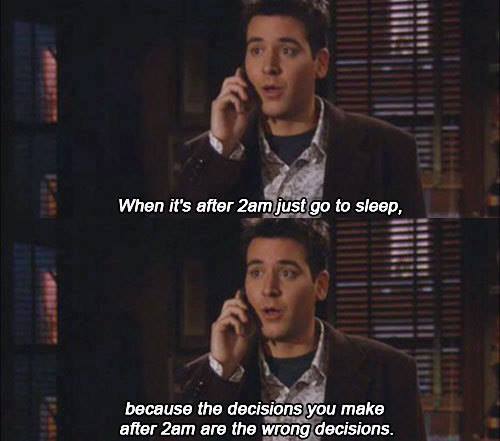