Over WorldPride weekend in New York City, Smirnoff Vodka and Queer Eye star Jonathan Van Ness hosted a “House of Pride,” event to celebrate the LGBTQIA+ community. The event was a part of Smirnoff’s long-standing commitment to LGBTQIA+ rights and their 2019 “Welcome Home” campaign to pay homage to the millions of global LBTQIA+ community members, and allies who traveled to New York for Pride celebrations.

“House of Pride” was a home-inspired, immersive pop-up experience featuring six insta-worthy rooms where Smirnoff celebrated – the LGBTQIA+ community while looking ahead to the future of the community.

This was a one-night immersive experience held in connection to hundreds of other Pride events around the city. The pop-up was just one more piece of Smirnoff’s larger campaign that debuted in early June, replacing the vodka brand’s name on the label with “Welcome” written in various languages.

The event took over six individual garages facing Canal Street, each room individually lit and decorated in celebration of one rainbow color. The bedroom was red, inscribed with a cheeky phrase “our bedroom, our business.” The blue room held the bar where mixologists whipped up some delicious Smirnoff cocktails. The yellow vignette was set up like a vanity from a drag queen’s dressing room. The room also represented the trans community who can use make-up and accessories to transform themselves. 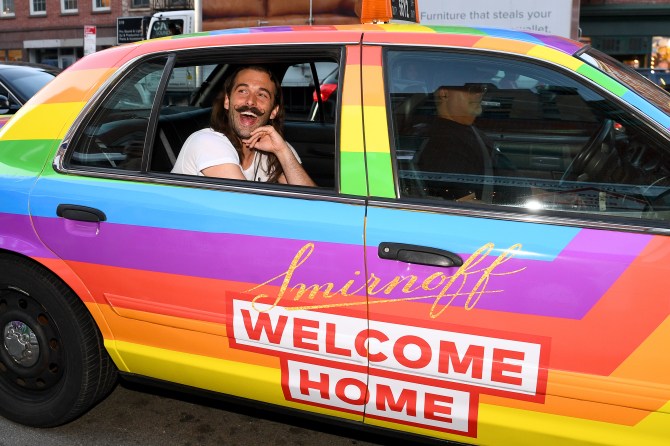 Entering the event by way of a rainbow NYC taxi, Jonathan Van Ness sipped on specialty Smirnoff cocktails while toasting to Pride Month and the LGBTQIA+ community. STYLECASTER had a chance to catch-up with the Netflix star to chat about what inspired him to get in bed with Smirnoff and what this Pride collaboration was all about. “It all started last year with Pride– Smirnoff had me back this year,” he revealed.  “I wanted to celebrate Pride all the time!” Many fans will recall that JVN initially took part in Smirnoff’s “Fun Percent Campaign” for TED which also featured trans activist and actress Laverne Cox. Jonathan says from here he was inspired to do more with the brand to celebrate Pride and bring attention to the LGBTQ+ community. “I think it’s very important,” he said. “I think that with celebrating the 50th anniversary of Stonewall, to see how far our community has come has been incredible. It’s been because people have worked really hard and given their everything, and I mean their everything to get us here.”

Not only is Smirnoff lifting up the LGBTQ+ community by partnering with amazing talents like JVN, but they have also privately pledged to put their money where their mouth is. “I really think the thing that made me want to get involved not only last year but this year is that for every single one of these Loved Ones bottles that Smirnoff makes, they donate a dollar to the Human Rights Campaign, up to $1.5 million,” he said. Smirnoff has committed to donating $1.5 Million running through 2021. JVN says he is proud to have been part of the global Pride celebrations and continue in the fight for equality for all year-round. 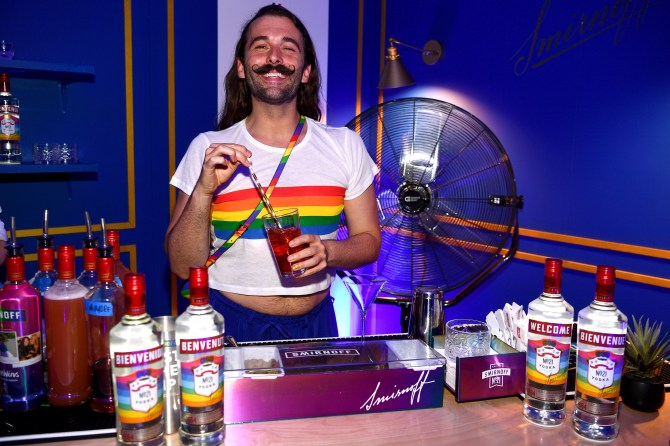 Pride Month has come to an end, but JVN isn’t slowing down in the least. He just wrapped his Game of Thrones parody Gay of Thrones. And, you can keep up with the gorgeous star when Season 4 of Queer Eye debuts on Netflix September 19. The guys are in the midst of filming Season 5 right now. You can also keep up with JVN on his podcast, Getting Curious, and his new book Over the Top: A Raw Journey to Self-Love , will be on bookshelves September 24.