If you’ve watched Tick, Tick…Boom!, you may have questions about Jonathan Larson’s cause of death
and how he died from an aortic aneurysm.

Tick, Tick…Boom!, which premiered on Netflix on November 19, 2021, is biographical musical drama based on the stage musical of the same name by Jonathan Larson (Andrew Garfield), a composer and playwright who won three Tonys and a Pulitzer Prize for the Broadway musical Rent, which debuted after his death. The movie—which was directed by Lin Manuel Miranda—includes a mix of songs from the musical Tick, Tick…Boom!, as well as biographical scenes based on Larson’s real life at the time.

Jonathan David Larson was born on February 4, 1960, in White Plains, New York. He attended White Plains High School, where he performed the lead roles in many of his school’s theatre productions. After he graduated from high school, Larson attended Adelphi University in Garden City, New York, with a four-year scholarship as a theatre major.He graduated with a Bachelor of Fine arts degree and went on participate in a summer theatre program at The Barn Theatre in Augusta, Michigan, as a piano player, where he earned his Equity card for the Actors’ Equity Association. After the program, Jonathan moved to New York City, where he lived on the fifth floor of a building on the corner of Greenwich Street and Spring Street in lower Manhattan with various roommates.

For nine and a half years, Larson worked at the Moondance Diner in SoHo on weekends, while he spent his weekdays composing and writing musicals. Larson died at the age of 35 on January 25, 1996. What was Jonathan Larson’s cause of death and how did he die? Read on for what we know about Jonathan Larson’s aortic aneurysm that killed him. 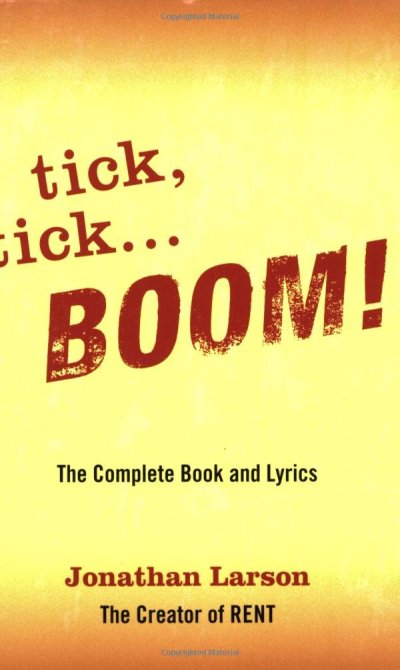 How did Jonathan Larson die?

How did Jonathan Larson die? Larson died on morning of January 25, 1996, of an aortic aneurysm. He was 35. Larson was found dead by his roommate 10 days before his 36th birthday on the kitchen floor of his home in Manhattan. Larson died the day before his musical, Rent, which he wrote the music, lyrics and book to, was scheduled to start previews at the New York Theater Workshop. The preview of Rent was cancelled and the musical’s company sang the score of the show for Larson’s family and friends instead. The night before his death, Larson attended a final dress rehearsal for Rent before he returned home, where he died the morning after. Larson was survived by his parents, Allan and Nanette Larson, and his sister, Julie Larson McCollum.

What was Jonathan Larson’s cause of death? 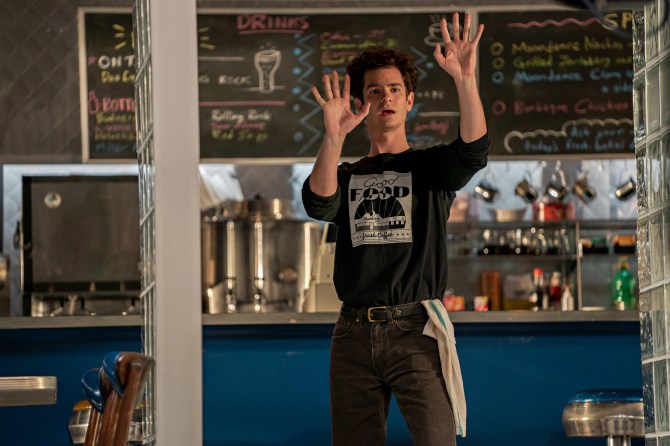 What was Jonathan Larson’s cause of death? An autopsy found that Larson died of an aortic aneurysm—a tear inside the aorta, the main artery that carries blood from the heart to all other organs. It’s believed that the tear—which was more than a foot long from and extended from his heart to his abdomen—was caused by undiagnosed Marfan’s syndrome, a congenital condition that affects connective tissue and weakens the walls of the aorta, according to a 1996 report by The New York Times. The week of his death, Larson was rushed to the emergency room twice for severe chest pains. The first hospital, Cabrini Medical Center, told him he had food poisoning. The second hospital, St. Vincent’s Hospital and Medical Center, said he had a virus. Both hospitals sent him home. After Larson’s death, a four-month investigation by the New York State Health Department found that the doctors failed to diagnose him with Marfan’s syndrome, a potentially treatable condition, that killed him.

Dr. Barbara DeBuono, the New York State Health Commissioner at the time, told The New York Times in 1996 that Larson’s dissecting aortic aneurysm, which caused torn vessel lining in his aorta, would have been difficult to diagnose, but she still faulted the doctors for not being thorough enough in their efforts to find a reason for his chest pain. ”The bottom line is that he had severe chest pain and that was not pursued or diagnosed in either facility,” she said at the time. “Had there been a higher index of suspicion and had the correct diagnosis been made, there is a possibility that effective treatment could have been rendered.”

DeBuono also claimed that Larson didn’t have any of the common symptoms for a virus of food poisoning, which include nausea, vomiting and diarrhea, as more evidence of the doctors’ incorrect diagnoses. After his death, lawyers for Larson’s estate filed a malpractice suit against both Cabrini Medical Center and St. Vincent’s Hospital and Medical Center. The Health Department also fined Cabrina $10,000 and St. Vinctent’s $6,000 for their poor quality of care. ”For almost 11 months we’ve been afraid our suspicions were correct, and that with proper care, Jonathan would not have died,” Larson’s father, Allan, said at the time. ”Now it’s official.”

In statements, both Cabrini and St. Vincent’s claimed that to diagnose Larson with an aortic aneurysm “would have been extremely difficult” given that aneurysms generally produce severe, constant chest pains that patient describe as “searing” or “ripping.” Lawyers for Larson claimed that his condition fit that description and he told doctors that the pain was worse each time he took a deep breath.

According to The New York Times, Larson was first taken by an ambulance to Cabrini on January 21, 1996, with complaints of severe chest pain, dizziness and shortness of breath that started as he was eating dinner. Cast members in Rent recall him almost collapsing backstage. Two days later, he visited St. Vincent’s with the same symptoms. At both hospitals, Larson was physical exams, cardiograms and chest X-rays. However, officials claimed that none of these procedures are reliable to diagnose an aneurysm, which is often detected by a CAT scan or a specialized heart sonogram.

The Health Department also claimed that the exams, cardiograms and X-rays showed at least some irregular results that should have been of concern for doctors to order more tests. The department found that Larson’s cardiogram at St. Vincent’s suggested a lack of blood flow to the heart and that his blood pressure displayed a wide gap between high and low pressure measurements, which hinted that his heart’s main valve was leaking. The department found that the report wasn’t read until after Larson was discharged.

The department also believe that treatments and tests at Cabrini for food poisoning may have worsened Larson’s condition, as doctors at the hospital gave him a powerful painkiller that could have masked important symptoms that may have led to an accurate diagnosis. The hospital also Dr. DeBuono also suggested that treatment and tests at Cabrini relating to the possibility of food poisoning may have actually clouded Mr. Larson’s diagnosis or worsened his condition. Doctors there gave him a powerful painkiller that may have masked important symptoms, she said. They also inserted a tube through his nose and pumped his stomach. ”It may have had an adverse impact,” DeBuono said at the time.

DeBuono, however, did explain that the doctors may have been misled because Larson was young and most patients with aortic tears are older with high blood pressure. She also couldn’t say for certain if either hospital would have been able to save Larson if he did receive the correct diagnosis, as the tear may have been already too extensive to repair.

Anthony Rapp, who played Mark in Larson’s first run of Rent, claimed that Larson would’ve been treated differently if Rent had come out. ”There a whole new wave of grief, knowing that this maybe could have been prevented,” he told The New York Times. ”And it’s tragic knowing that if this happened today, Jonathan, the toast of Broadway, would have been treated with the utmost care.”

Larson’s lawyers also said at the time that they weren’t surprised by the Health Department’s findings. ”We’ve been saying all along that they made the wrong diagnosis based on insufficient evidence,” his attorney said. ”It’s gratifying to see the public scolding and the fine, which is very, very rare.” As for what happened to the lawsuit, the Journal of Urgent Care Medicine reported that the suit was settled for an undisclosed amount, with part of the money donated to fund educational efforts by the National Marfan Foundation.