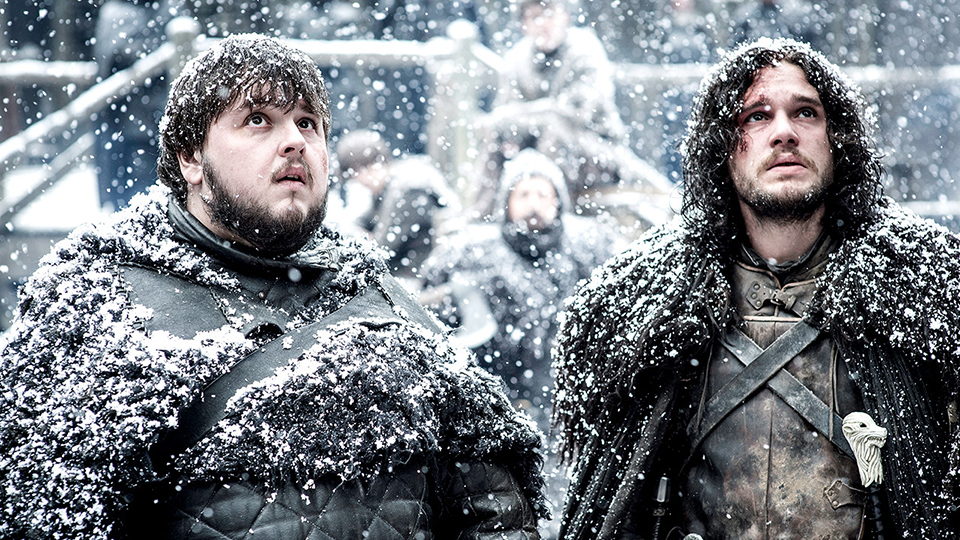 In the 322 long, slow days that ticked away between last night and June 14 of last year, when the season 5 finale of “Game of Thrones” aired, the show’s fans wondered one thing and one thing alone: Was Jon Snow really dead? The end of that fateful episode saw the bedroom-eyed dreamboat/Lord Commander of the Night’s Watch lying lifeless in a pool of his own blood after being stabbed—many times, over and over again, not just once or twice—by his friends and comrades in a feat of murderous mutiny.

In the months that followed, the cast and crew were prodded endlessly for info about the beloved character’s true fate. The Internet speculated. Those in the know made offhand comments that they later contradicted. And Kit Harington, the man behind Jon Snow himself, straight up lied—”all I can tell you is Jon Snow is dead,” he told the press—because last night, in the final seconds of the second episode of the sixth season of “Game of Thrones,” Jon took another breath.

MORE: The 15 Most Memorable Man-Hair Moments in “Game of Thrones,” Ranked

Under the watchful eye of Ser Davos and Tormund, Melisandre, the Red priestess of the Lord of Light, said some words, burned some hair, and worked some magic over Jon’s seriously mangled corpse. At first, it looked like the resurrection attempt had failed, and the trio left the room disappointed—only for Jon to shoot upright, wide-eyed and pale and looking a lot like me when I wake from that recurring nightmare about being back in high school, and then the credits rolled. Wild!

Harington apologized to fans in a pretaped interview with “Entertainment Weekly” immediately after the episode aired. “I’d like to say sorry for lying to everyone,” he offered. (President Barack Obama‘s apology, for having known about this whole thing and not telling anyone, has yet to roll in. Isn’t that his due diligence as a president, to give the people what they want?)

So, yes, Jon Snow will live another day, as far as one can tell—but just how much the whole being-murdered-then-brought-back-to-life thing affected him remains to be seen. (We all know what happened with the Mountain.) Below, a few of the best tweets on the subject:

What is dead may never die #GameofThrones pic.twitter.com/sOerX22zRG

Melisandre, you'll never have to pay for another drink again, girl. I gotchu for the next 890 years. #GameofThrones