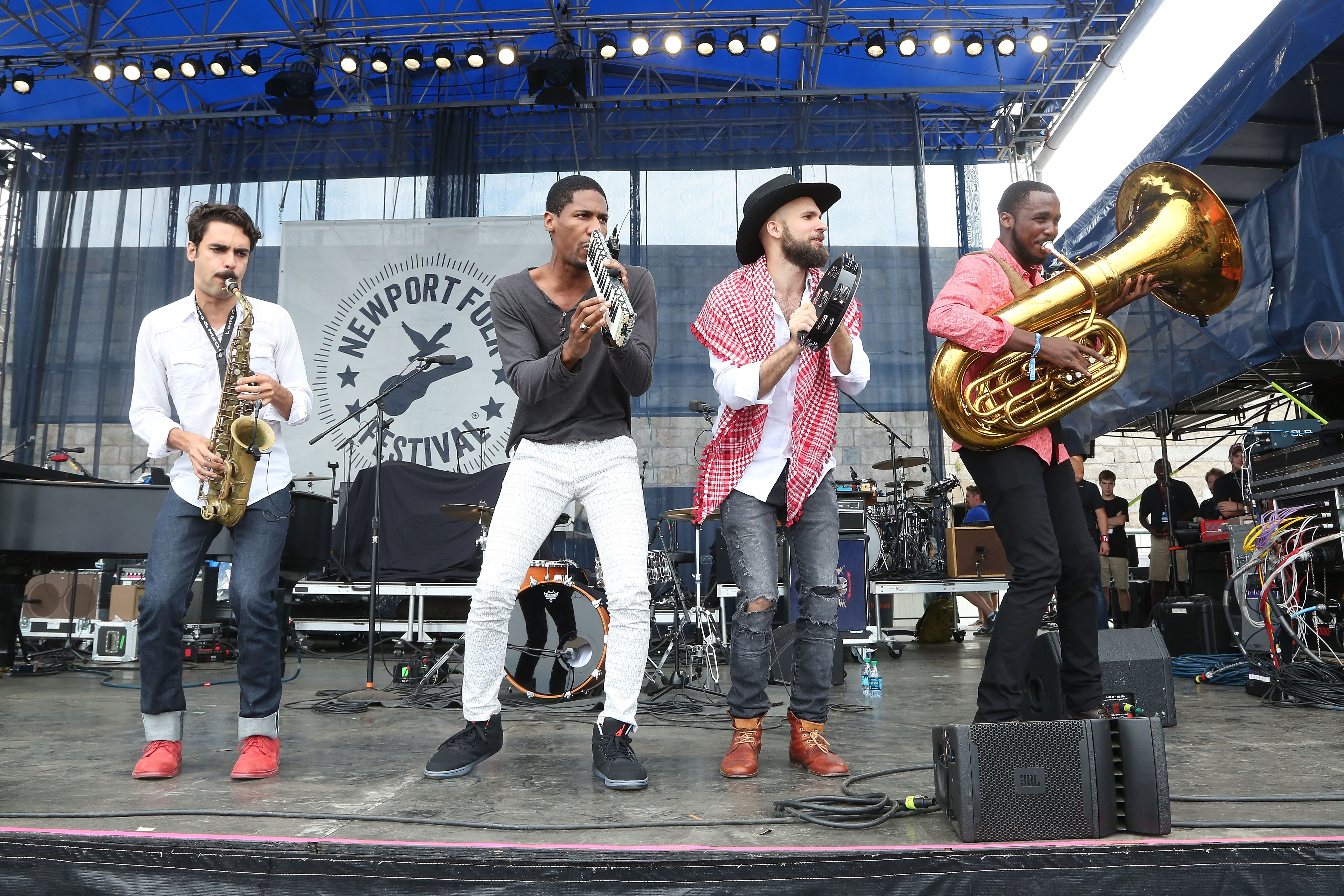 Before Jimmy Fallon became the world’s most plugged-in talk show host, a house band on late-night TV wasn’t expected to be anything other than mildly entertaining for an hour each night. Of course, that changed when “The Tonight Show” tapped hip-hop legends The Roots to play alongside Fallon five nights a week, making David Letterman‘s main music man Paul Schaffer look like, well, Facebook in a world of Instagram and Snapchat.

So, when it was announced earlier this year that Stephen Colbert would be taking over for Letterman on CBS’ “The Late Show,” it was a safe bet that the network would try and keep up with NBC by corralling a “cool” band, too. But probably not too cool—after all, the music has to fit with the host and unlike Fallon, who can effortlessly recite every word to every rap song, Colbert’s little more highbrow, has quirk in spades, and has a braininess that likely would look awkward next to superstar musicians.

While they’re not exactly household names in mainstream America, it was a perfect choice for the show’s new direction. Batiste is a accomplished jazz musician and a natural showman, and his band—Stay Human—are comprised of young, handsome, energetic guys (a saxophonist, a percussionist, and a tubist) who rocked the Ed Sullivan Theater like it was a concert at Madison Square Garden.

Plus, jazz is smart, a bit of an enigma, and a blend of several influences, much Colbert himself.

Here, a few things to know about Batiste and the band we’ll all be talking about. 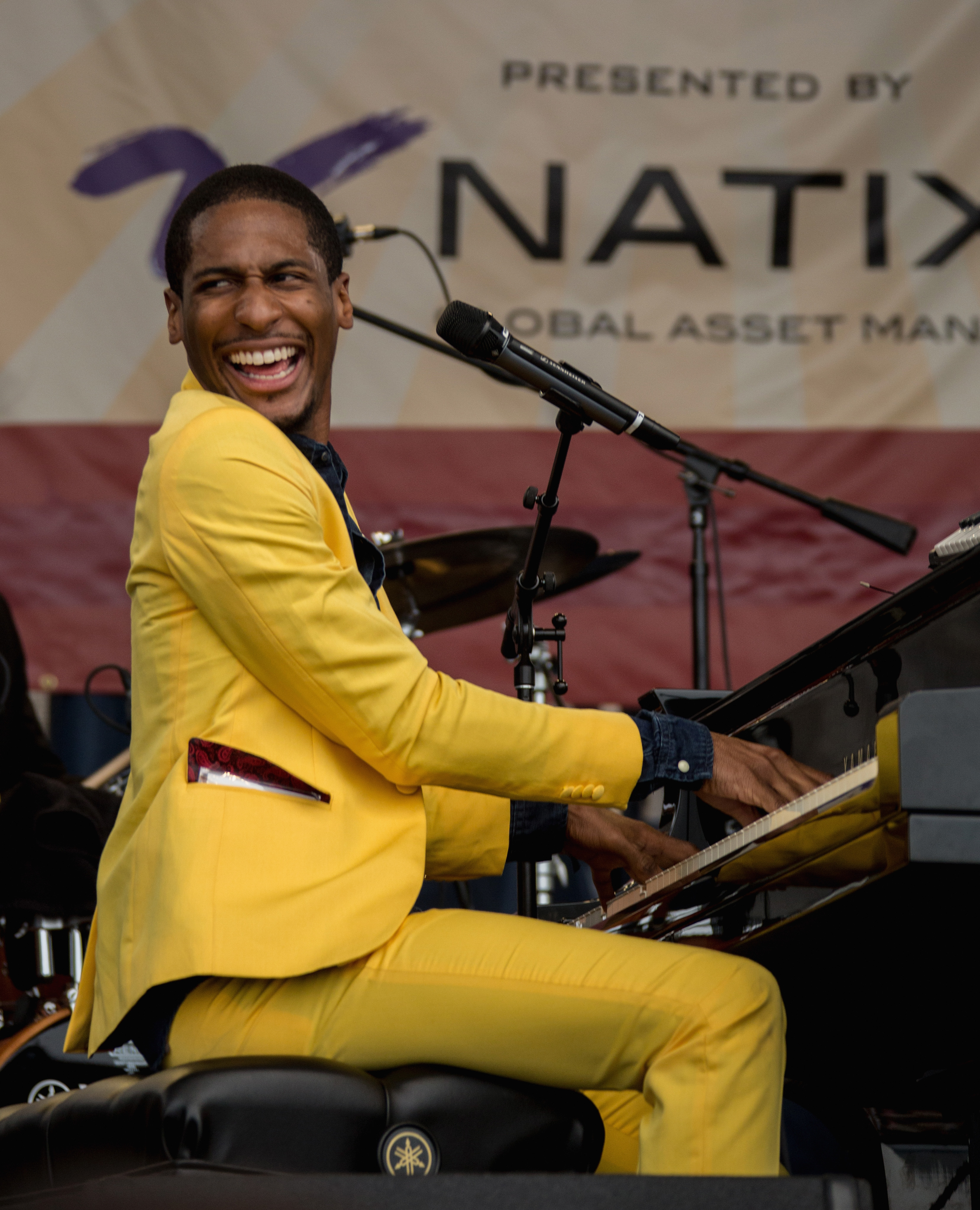 Batiste is only 28—but has a killer resume
Born into the New Orleans jazz family featured on the HBO series “Treme,” Batiste released two albums by the age of 17, and bagged both an undergraduate and a graduate degree the world’s most prestigious performing arts school, Julliard. He’s also the Artistic Director at Large of the National Jazz Museum in Harlem, and has collaborated with a number of impressive musicians, including Prince, Aloe Blac, Harry Connick Jr., Wynton Marsalis, and released an album last year with Red Hot Chili Peppers drummer Chad Smith.

Batiste and Stay Human call what they do “social music.”
While at Julliard in 2010, Batiste and the band started taking their instruments onto the the New York subway—presumably for a change of pace from the high-brow academia they were immersed in.

“We performed on the subway to reach people who might not otherwise have access to this music,” Batiste told Smithsonian. “The subway in New York is a great social experiment; there are so many races and ways of life sitting together on each car. I guess that’s similar to TV, where you have millions of people of all races and cultures, and they may not have access to jazz either, because it’s certainly not on TV now. And what I learned from the subway is that if you want to reach across whatever separates us as people, you have to be totally in the moment.”

Since, the band’s become known for interactive performances and creating impromptu ‘love riot’ street parades, so you can bet audience members, guests, and probably Colbert himself will be taking turns rocking out with the guys.

Jon’s done some acting
Batiste appeared in two seasons of “Treme,” and also had a role in Spike Lee‘s “Red Hook Summer.”

He appeared on “The Colbert Report” in 2014
Batiste was a guest of Colbert’s former Comedy Central show, and the two had serious chemistry.

“If you check out that first interview,” said Batiste, “you can see the energy flowing between us. Halfway through the interview, he threw away the cue cards and came up close to my face and there was really a back and forth. It was one of the most fun interviews I’ve ever done.” It’s a safe bet he probably didn’t know then how much of an impact it would have on his life.