JoJo Fletcher and Jordan Rodgers haven’t had the most conventional relationship. After finding love and getting engaged on The Bachelorette, getting engaged again a little more than a year ago, and then postponing their dream wedding thanks to these *unprecedented times,* JoJo and Jordan are stronger than ever.

“I think I knew from the first night I met Jordan that he was going to be somebody that was going to be there for a long time,” JoJo tells StyleCaster. While watching JoJo’s season with my friends, even we could tell Jordan would be around for a while. Their chemistry was off the charts, and they clearly meshed well together.

Of course, hindsight is 2020, but it seems JoJo could have pulled a Clare and called the whole thing off once she realized Rodgers was the one. “Honestly, that was one of the biggest things that I told myself I wouldn’t do,” she says. 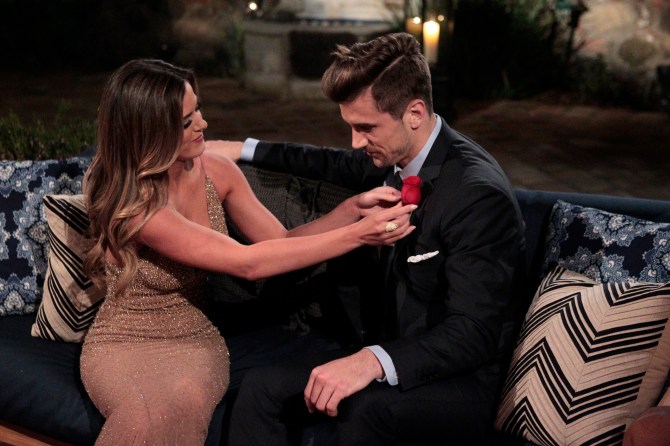 “I promised myself to really stay open throughout the whole process,” explains JoJo. “This was the only time in my life that I was going to be able to navigate and explore all different types of men and relationships and qualities.” Hey, if you have 20-plus men who want to date you and only you, why wouldn’t you take advantage of the opportunity?

But, of course, JoJo doesn’t think Clare’s approach was necessarily the wrong one. “It was a constant thing for me to continue to separate my relationships and focus on each day as they came,” she reveals. “Everyone’s different, but I definitely think I made the right decision in holding out and going through the whole experience,” she says decidedly. But that doesn’t mean she didn’t give Jordan secret hints along the way.

After their hometown date, Jordan negotiated some off-camera time with JoJo where they vegged out in their PJs eating In-N-Out together in a hotel room. “It was the first time that I squeezed Jordan’s hand three times to tell him that I secretly loved him,” she said. “Because I couldn’t actually tell him!”

And now, the couple have a set of In-N-Out onesie pajamas on The Knot Registry to commemorate that time they had together. “In-N-Out has an extra-special place in our hearts.” We can’t wait to see these onesies make an appearance on their Instagrams.

Of course, burgers in PJs makes for a great dining experience, but the couple also has cooking on the mind. “I think we’ve realized throughout quarantine that we could be a whole lot better at cooking,” said JoJo. So, the couple also put a cash fund on their The Knot Registry for a masterclass with Gordon Ramsey. “Before we partnered with The Knot, we didn’t really realize that you could do cash funds like this for experiences,” she revealed. “Gordon will help us step up our game,” laughed Jordan.

Not is JoJo stepping up in the kitchen, she’s now stepping into Chris Harrison’s hosting gig on this season of The Bachelorette. “I mean, it was such an honor that Chris even trusted me to step in and help him for a little bit,” she says. “Those are huge shoes to fill.” We’d be nervous too, Chris Harrison is truly an icon and legend.

“Normally when I’m there I’m just totally yourself and there are no rules,” she explains. “But when you’re Chris Harrison there are things you actually have to do and points you have to get across. So it was a lot of pressure.” Personally, one of my favorite parts of the show is when Harrison prompts the Bachelor or Bachelorette to give out the final rose of the evening. Let’s hope Fletcher gets that dramatic delivery down.

So did Harrison have any advice for Fletcher? “The one thing he told me he was like, ‘Don’t ruin The Bachelorette.'”  Oh, Chris, there he goes again with the dramatics! “But it was a lot of fun. I was only there for a few episodes but it was a blast and this season is going to be crazy,” she says. 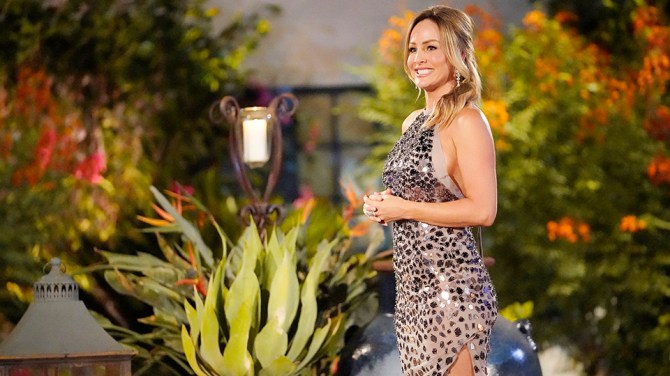 Will it actually be the most dramatic season of The Bachelorette yet? JoJo and Jordan certainly think so.

Without naming which Bachelorette Fletcher filmed her episodes with—Tayshia or Clare—she can confirm this might just be the most dramatic season The Bachelorette yet. “Honestly it will be,” confirms Jordan. “This time they’re not kidding.” How exciting!!

“I gave her all the advice that I could give her,” JoJo says of the Bachelorette she worked with. “But she was doing wonderful. She had had a great group of guys and I’m just super excited to watch the rest of it play out.” Us too, JoJo, us too.

Tune into the season premiere of The Bachelorette Tuesday, October 13th at 8pm on ABC.