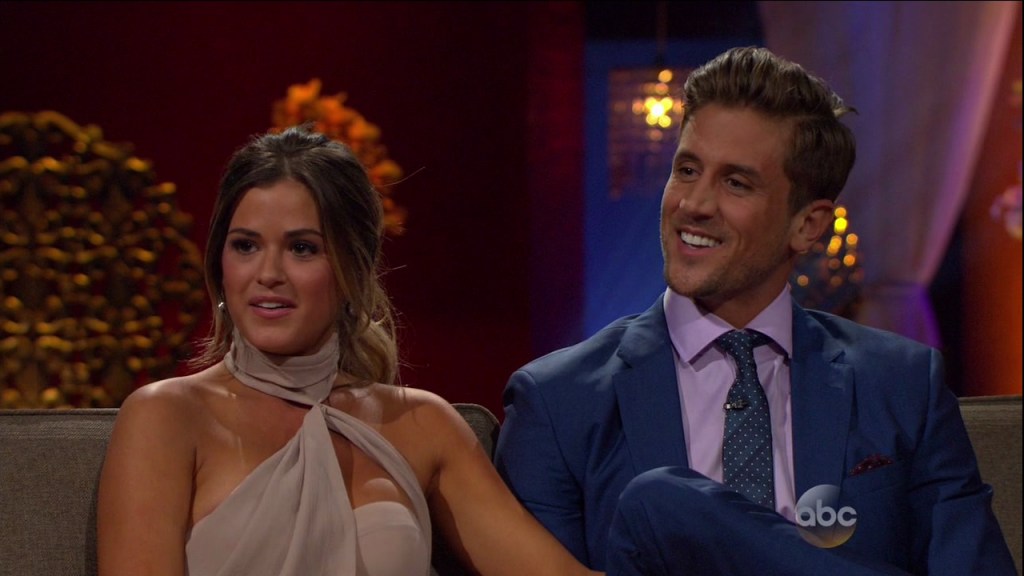 Last night, JoJo Fletcher made her final choice on the Bachelorette, and she chose Jordan Rodgers even after family seemed to favor Robby Hayes.

In the finale, both men met JoJo’s family. And while Robby impressed her parents with the archaic ritual of asking to marry JoJo, Jordan did not do the same. It may or may not have had anything to do with the fact that Mrs. Fletcher later said Robby was more “husband material.” But no matter, today it’s JoJo and Jordan who are engaged.

More: JoJo Will Be the Next ‘Bachelorette’

In an interview with People, JoJo says it was pretty much Jordan from day one. “From that first initial interaction, I knew I could fall in love with Jordan,” the 25-year-old said. “On those final days, I thought about who I couldn’t imagine saying goodbye to. It was always Jordan. And that’s how I knew.”

The Internet isn’t too thrilled about the pick—people thought Jordan was in it for the fame from day one, or the chance to the next “Bachelor”—and took to Twitter to express their grievances.

questioning EVERY aspect of my love life because jojo picked jordan over robby ……. #TheBachelorette

I just feel like we really deserve the moment JoJo punks us- picks Robby, and drags Jordan. PLEASE. 2016 has been rough. We deserve this.

Fun fact: Jordan Rogers and I have the same stats in the NFL….. 0 in everything #TheBachelorette

Watch the proposal from last night’s finale below.