A new insight. Details of Johnny Depp and Jennifer Grey’s relationship are revealed in Jennifer’s new memoir Out of the Corner
. In the memoir, released May 3, 2022, the Dirty Dancing actress recalls her short-lived engagement to the Pirates of the Caribbean star.

The two were set up on a blind date by Jennifer’s agent in 1989. “We ate, talked, drank Jack Daniel’s, laughed our asses off, took cigarette breaks midcourse. He was so ridiculously beautiful. And surprisingly open, funny, quirky and sweet,” the Ferris Bueller’s Day Off actress wrote in an excerpt of the book. Johnny proposed to her two weeks after their first date, and they bought a Pekingese poodle puppy named Lulu. “She was our practice baby and someone to keep me company when Johnny was out of town.”

However, things took a turn when Johnny was filming 21 Jump Street. “Johnny was commuting every week back and forth from Vancouver, but had begun more and more regularly to be getting into trouble: fights in bars, skirmishes with cops.” Johnny’s stress put a strain on the relationship. “He’d started missing his flights home to LA having overslept or, when he did come home, he’d be crazy jealous and paranoid about what I’d been up to while he was gone. I attributed his ill temper and unhappiness to him feeling miserable and powerless to get off 21 Jump Street.” 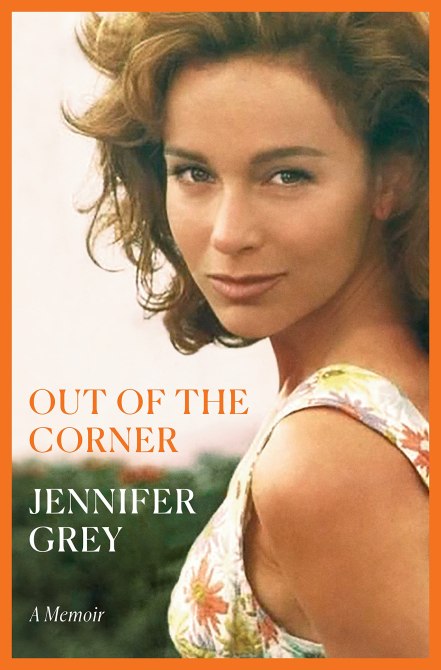 Out of the Corner by Jennifer Grey

Jennifer called it quits weeks before her 29th birthday after Johnny went to a meeting and didn’t come back where she described his behavior at the time as a “self-imposed streak of impulsive, destructive decision-making.” Johnny then went on to start a relationship with Jennifer’s next door neighbor, Winona Ryder, to which she said, “[It was] the classic nightmare of feeling replaced, like you’d never happened, but on steroids.”

When promoting the book, Jennifer told People that the relationship between her and Johnny was “a f—cking bonfire. It was literally like, “Are you f—cking kidding me? Are you f—cking kidding me? I’ve never seen a guy like this. And energetically, what it was like being with him, it was like, “Oh, I’m being totally, totally compensated for the shit I just went through.”

Johnny Depp is currently on trial with his ex-wife Amber Heard in a defamation suit. ​​Depp sued Heard for defamation in 2019, claiming that an op-ed that she wrote for the Washington Post about domestic abuse cost him his acting jobs. Depp has not responded to Jennifer’s claims in her memoir.

Out of the Corner by Jennifer Grey is available on Amazon
.