This messy saga just got even more complicated now that Johnny Depp said Amber Heard cheated with Leonardo DiCaprio and Channing Tatum during their marriage. On Monday, July 20, 34-year-old Heard revealed the accusation while taking to stand in 57-year-old Depp’s libel trial against British tabloid, The Sun.

According to the actress, ex-husband Depp often accused her of cheating on him with her co-stars—even with Leonardo DiCaprio, with whom she had only ever auditioned for a project. “He accused me of having affairs with each of my co-stars, movie after movie,” the London Fields star said before listing off names: “Eddie Redmayne, James Franco, Jim Sturgess, Kevin Costner, Liam Hemsworth, Billy Bob Thornton, Channing Tatum; even women co-stars like Kelli Garner.”

Heard testified that Depp used to jab at her about the claims and even referred to her co-stars with “derogatory” names. “He would taunt me about it—especially when he was drunk or high—and had derogatory nicknames for every one of my male co-stars he considered a sexual threat,” she said. “For example, Leonardo DiCaprio was ‘pumpkin-head,’ Channing Tatum was ‘potato-head,’ and ‘Jim Turd Sturgess.’”

During one incident, Depp was allegedly accusing her of having an affair with American painter Tasya Van Ree, whose painting was on a wall in their home. “At one point he tried to set the painting on fire with his lighter,” Heard said. “I had to physically stop him from trying to light it up. He hit me in the face with the back of his hand and drew blood, some of which ended up on the wall.” 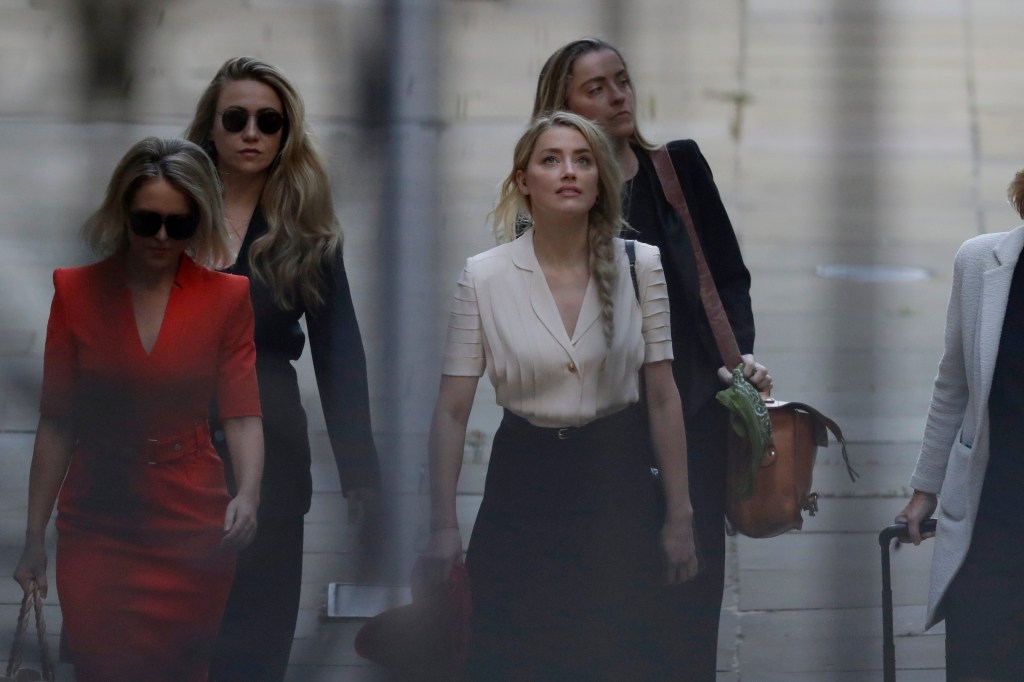 This isn’t the first time Heard has alleged physical and emotional abuse at the hands of Depp. The couple separated after news of explosive fights between them made headlines in 2016. She alleged in court on Monday that her ex-husband would often steal her phone to find evidence of an affair. “He would try and catch me out by taking my phone or telling me someone had told him I was having an affair and act as if he had information proving it—when I really hadn’t,” Heard said.

The Aquaman actress also alleged that Depp became “demanding” when asking about romantic scenes she would have with other actors on screen. “He would even get himself copies of the scripts I was looking at, without asking me, to review them for himself,” she said in court. “His rules got tighter every year we were together about what nudity or scenes were acceptable, wanting descriptions of every detail, every aspect of scenes and how they were covered, placing increasing restrictions on what I could and couldn’t do.”

She continued, “Some incidents were so severe that I was afraid he was going to kill me, either intentionally or just by losing control and going too far. He explicitly threatened to kill me many times, especially later in our relationship.”

Depp and Heard married in February 2015 and separated in January 2017. Before her marriage to Heard, Depp was married to makeup artist Lori Anne Allison from 1983 to 1986.