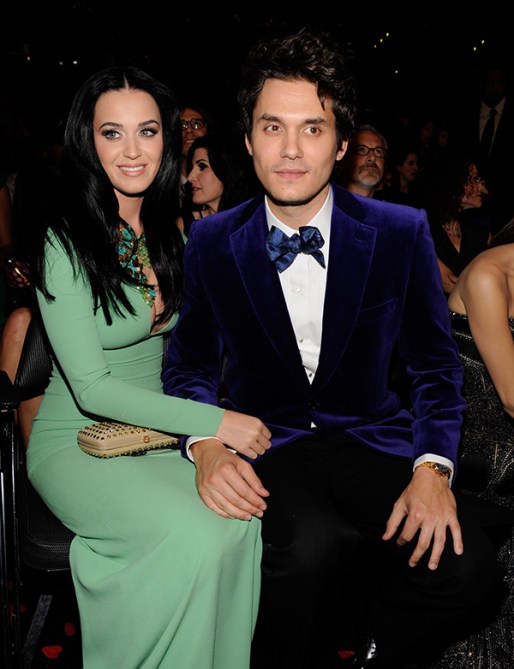 John Mayer, we’re trying really hard to like you. Katy Perry really likes you, so there must be something there. But if you insist on doing weird, underminer-y things to her in interviews, we’re going to have to put our foot down.

Perry and Mayer were on “Good Morning America” Tuesday morning to promote their new video for “Who You Love” (which is grammatically incorrect, but never mind). When asked about how he worked with Perry, he said, “I come in the studio and she plays stuff and I go [covers hand with mouth, look of disgust]. And then I’ll hear a melody, ’cause she’ll be writing something … I’ll be like, ‘Don’t…don’t …And I’ll go, ‘Come here, come here, come here, I sang this into my iPhone while you were in there, just check it out.’ [And she says] ‘Oh, I’ll do that!’ [and] I’m like, ‘good, good, good.'”

MORE: Katy Perry Tops Twitter: 9 Other Amusing Celebrities You Should Be Following, Too

So basically, Mayer thinks that he’s some kind of Svengali, who makes Perry’s music better with his little iPhone melodies. Nevermind that she’s tied with Rihanna for the female artist with the most number one songs in Billboard’s history, has sold 11 million albums, and is one of the biggest pop stars in the world. Her last album, Prism, sold more than 700,000 copies so far, while Mayer’s record Paradise Valley sold just 144,000. And Mayer still thinks he knows how to write a pop record better than she does.

For her part Perry seemed nonplussed by the dig, but we’re paying attention. It sounds like perhaps Mayer’s feeling a little bit insecure, and needs to get his digs in. What do you think of Mayer’s comments?