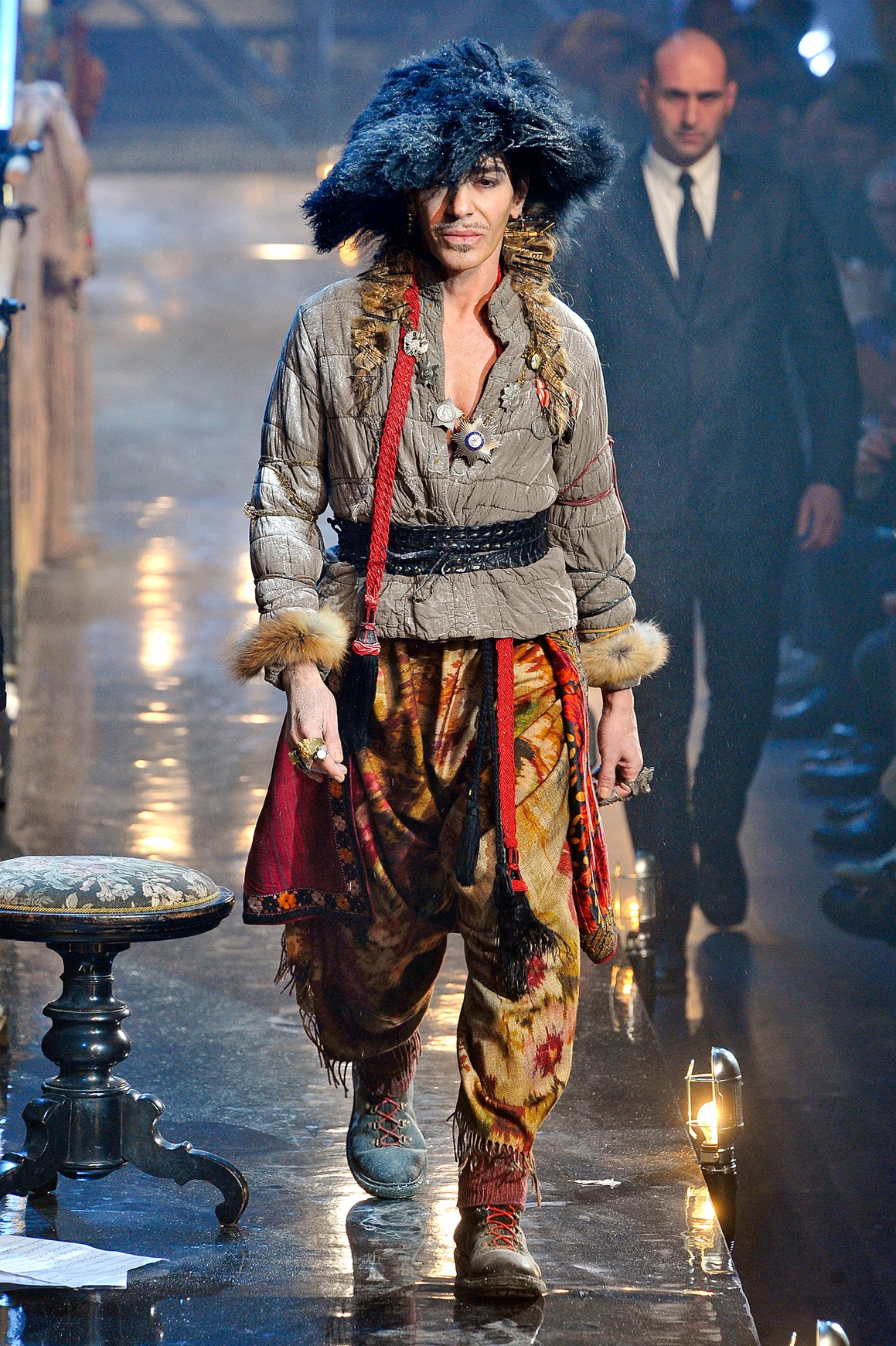 Well, this is a surprise. In some pretty stunning news, disgraced designer John Galliano is reportedly poised to make his first big move toward a return to fashion with a temporary residency at Oscar de la Renta‘s studio in New York.

According to Women’s Wear Daily, the designer, who was fired as Dior’s beloved couturier in 2011 after going on a drunken anti-Semitic rant in a Paris cafe (which unforgettably included a caught-on-video “I love Hitler” proclamation) will spend the next three weeks with de la Renta as he prepares for his New York Fashion Week show.

“John and I have known each other for many years and I am a great admirer of his talent,” de la Renta told WWD. “He has worked long and hard on his recovery and I am happy to give him the opportunity to reimmerse himself in the world of fashion and reacclimate.”

As for any concerns about potential backlash, de la Renta told WWD that he isn’t concerned. “I think John is doing all the right things. Everyone in life deserves a second chance, especially someone as talented as John. I think that life is about forgiving and helping people,” he said.

That Galliano deserves a second chance seems to the consensus, even from the The Anti-Defamation League—a strong critic of Galliano’s anti-Semitic remarks two years ago—as they told WWD Galliano has worked “arduously in changing his world view.”

In an interesting twist, it seems it  Anna Wintour—Vogue editor-in-chief and a longtime Galliano supporter— is believed to have suggested the “in residence” position for the former Dior designer, as she’s a close friend of de la Renta’s, and apparently played an large part in orchestrating Galliano’s comeback in the early ’90s, WWD pointed out.

Obviously, this development begs the inevitable question: Is Galliano being groomed to become de la Renta’s successor should he ever decides to retire? Not if the iconic designer has any say in the matter. “Am I retiring? Is John going to replace me?” he asked WWD. “Certainly not. I hope to be around for a long time.”