Despite its mixed reviews, The Kissing Booth, based on the novel of the same name by Beth Reekles, has been watched by millions of Netflix users, many of whom wondered about Joey King and Jacob Elordi’s relationship in real life. Well, much like their characters, Joey King and Jacob Elordi’s relationship was also a whirlwind romance. After they met on the set of The Kissing Booth, the two dated in real life until their breakup in 2019.

January 2017: How did Joey King and Jacob Elordi meet? 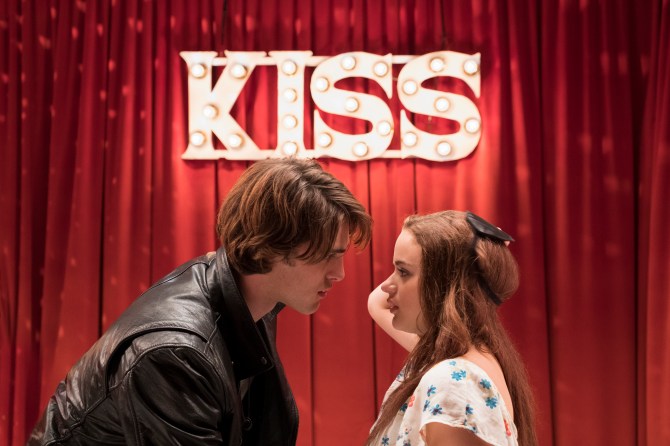 Joey King and Jacob Elordi’s relationship started in January 2017 when The Kissing Booth first started filming in Los Angeles and Cape Town, South Africa, where some scenes were filmed at the University of Capetown. Filming, which started weeks after King was first announced as the lead of The Kissing Booth, continued until April 2017.

In a May 2018 interview with Bello, King revealed that, while she thought Elordi was attractive, the two started as friends before their relationship became romantic.

“Was it love at first sight? Well, I thought he was very cute when we first met, but it started as a friendship,” she said at the time.  “Right away we were talking about gross things with each other (laughing). But before long I started to realize, ‘Hey, I think I kind of like this person!’ It was such an interesting experience meeting your boyfriend on set because you spend so much time together and become so close so fast. We were spending 17 hours a day together, and all of us would hang out after work and watch movies together and stuff. It was great.”

February 2017: When did Joey King and Jacob Elordi start dating?

Though it’s unclear when Joey King and Jacob Elordi’s relationship officially started, the Act alum revealed in an interview with Seventeen in May 2018 that a month into filming, around February 2017, was when she started to see the Euphoria actor as more than a friend.

“When we first met, me, him, and Joel went out to dinner and we had the best, most fun night ever,” she said at the time. “By the end of dinner, we had like six inside jokes. We were so close and throughout filming, I was just best friends with Jacob. I guess there was no moment, but I feel like the friendship kind of naturally was like, ‘Oh hey, this person is super frickin’ awesome. We have so much in common and we really love spending time together. Maybe there’s something more there.'”

She continued, “It was never like this moment of “Omg, I can’t let him see me like this.” You know what I mean? We were open books with each other. There was nothing we wouldn’t talk about. He’s just so great. After the first month, I was like, ‘Hmm, I think I like him.'” It seems like this is when Joey King and Jacob Elordi’s relationship started heating up.

April 2017: When did Joey King and Jacob Elordi confirm their relationship?

Joey King and Jacob Elordi’s relationship became Instagram official in April 2017 when he posted a photo of them in front of the Hollywood Sign in Los Angeles. King’s first Instagram post of Elordi came two months later on his 20th birthday on June 26, 2017. From there, the posted more and more photos together. In September 2017, Jacob made a scrapbook of his relationship with Joey, which was documented on Instagram. In November 2017, the two dressed in a couple’s costume as Jack and Sally from The Nightmare Before Christmas. In December 2017, the couple traveled to Elordi’s home in Australia. Elordi has since deleted most photos from his Instagram, so unfortunately those memories with King are nowhere to be found on the internet.

August 2018: What was Joey King and Jacob Elordi’s relationship like? 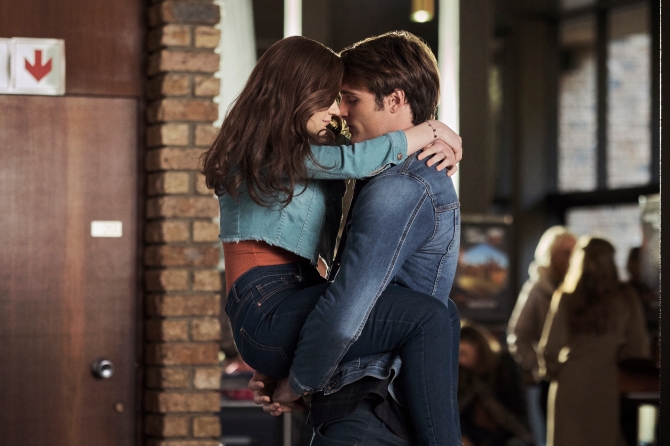 “You know what, actually it does help,” she said at the time. “It helps to have somebody by your side, cheering you on, who knows what you’re going through and who’s been through it themselves.”

November 2018: When did Joey King and Jacob Elordi break up?

Three months after Us Weekly’s update on Joey King and Jacob Elordi’s relationship, fans theorized that the couple had broken up. The speculation started after Elordi announced on his Instagram Stories at the time that he was taking a break from social media.

“G’day! Like to take a moment to thank everyone for the support over the last year,” he wrote on his Instagram Stories at the time. “I’m incredibly grateful to be able to connect with so many of you. I’m going to be signing off on this whole social media shabang while I work. Cheers for everything, stay happy :).”

He later deleted his Instagram entirely. After that, King took to her Twitter with a cryptic tweet that convinced fans the two were over. “Thank god I have my dog tho,” she tweeted at the time.

That’s when the comments came. Fans flooded King’s Instagram comments section with questions about if she and Elordi were still together. “Joey I want to know if it’s true or not coming from you because honestly everyone hates rumors so please tell me if it’s true did you and Jacob break up?” one fan wrote at the time. Another noted that the last photo King had posted with Elordi was two months before in September 2018. King went on to delete all of her photos with Elordi, which confirmed that the two had broken up. Unfortunately, that seemed to be the end of Joey King and Jacob Elordi’s relationship.

August 2019: What was Joey King and Jacob Elordi’s relationship like during The Kissing Booth 2?

In an interview on the “Mood With Lauren Elizabeth” podcast in October 2019, King opened up about what it was like to film with her ex for the sequel. She told the podcast host that the experience was “fine.”

Still, despite her history with Elordi, King told Elizabeth that she still loves the film. “I am very much, like, a freakin’ huge fan of The Kissing Booth myself which sounds really narcissistic, but I am. It’s my night light at night,” she said at the time. “Because I don’t want to watch ‘Oh I don’t know what’s going to happen and I’m really invested to see what thing they’re baking on the Great British Baking Show.’ I’ve already seen The Kissing Booth.”

August 2019: When did Jacob Elordi and Zendaya start dating?

Though Elordi friendzoned Zendaya in an interview with GQ Australia in December 2019, in which he called her his “sister,” the the two were seen kissing in New York City a few months later in February 2020.

September 2019: Who is Joey King’s boyfriend after Jacob Elordi?

However, Elordi wasn’t the only one who seemed to move on after his breakup with King. A source told E! News in September 2019 that King may be dating producer Steven Piet, who worked with her on Hulu’s The Act. According to an eyewitness, the two seemed couple-y at a screening of Harry Potter and The Chamber of Secrets at Cinespia in Los Angeles. “They were very affectionate and were with her two sisters sitting watching the movie together. Joey and Steven cuddled the entire time and looked very happy together,” the source said at the time. “They had snacks and drinks and were laughing with her sisters.”