Given rumors that he and Michelle knew each other before The Bachelorette, fans want to know everything about Joe from The Bachelorette 2021 and what his pre-show (and post-show) relationship with Michelle was.

Joe is one of 30 contestants on The Bachelorette season 18 with Michelle Young. Michelle, a 27-year-old teacher from Edina, Minnesota, was a contestant on The Bachelor season 25 with Matt James, where she was the runner-up. Michelle was confirmed as the season 18 Bachelorette during the season 25 “After the Final Rose” special, where guest host Emmanuel Acho announced Michelle and Katie Thurston, who was eliminated in 10th place on Matt’s Bachelor season, as the next Bachelorettes. Katie, who was the season 17 Bachelorette, aired her season from June to August 2021. Michelle’s season will air from October to December 2021.

So…what happened to Joe after The Bachelorette 2021 and are the rumors that he and Michelle knew each other before filming true? Read on for Joe’s time on Michelle’s Bachelorette season and the rumors about their relationship after filming stopped.

Who is Joe from The Bachelorette 2021? 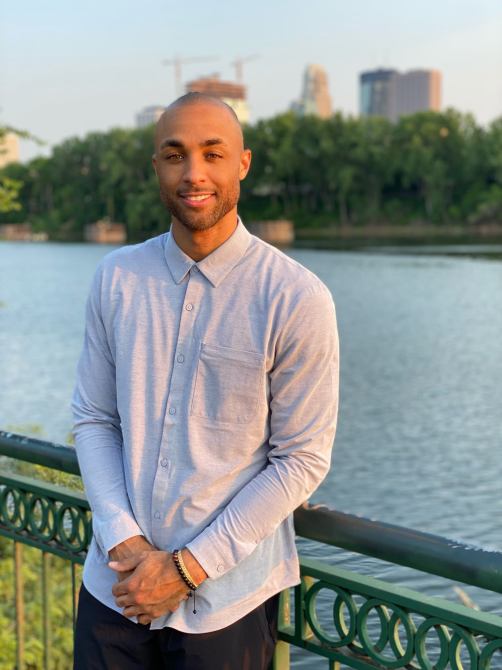 So…who is Joe Coleman from The Bachelorette season 18? Joe is a 28-year-old from Minneapolis, Minnesota. His Instagram handle is @jcol3. “let up the suicide doors this is my life homie, you decide yours,” his Instagram bio reads.

When The Bachelorette season 18 cast was announced in July 2021, Reality Steve reported that Joe and Michelle may have known each other before the show because they’re both from Minnesota and played college basketball. The rumor also becomes a part of Michelle’s Bachelorette season when the men question Michelle about her relationship with Joe before The Bachelorette. Joe responded to the rumors in an Instagram post in October 2021 when he maintained that he met Michelle for the first time while filming. “Great to finally meet you, Ms. Young,” he captioned a photo of him and Michelle on Night One.

In his Bachelorette bio, Joe, who was born and raised in Minnesota, explained that he’s on The Bachelorette to find a “real one” whom he can “build something solid” with. “Joe is a Minnesota-born-and-raised city boy with a heart of gold. He played basketball at the University of Minnesota, and while he says that basketball was his first true love, he’s now ready to build a life outside of sports and find a wife,” his bio reads. “Joe, who describes himself as introverted, is looking for a woman who is smart, caring, articulate and able to make him laugh. He wants someone with aligning values and hopes they are ready for a family because Joe hopes to have at least three or four kids! Overall, Joe wants to find a “real one” with whom he can build something solid that will stand the test of time.”

For his fun facts, Joe listed the following:

– Joe is scared of spiders.

– Joe wants to travel to the Galapagos Islands one day.

What is Joe’s job?

What is Joe’s job? Joe lists his job on The Bachelorette as “real estate developer.” Joe graduated from the University of Minnesota, Twin Cities, with degrees in business and marketing education and communication studies in 2016, according to his Linkedin. He also earned a degree in communication studies from Saint Mary’s College of California in 2015. After graduation, Joe worked as a digital content specialist for SportsEngine, NBC Sports’ youth sports site, before he was promoted to a business development specialist in October 2016. He’s also worked as a basketball trainer for Life Time Inc. and a sales representative for Infor. He currently works as a property development manager for C&S Group LLC.

While at the University of Minnesota, Twin Cities, and Saint Mary’s College of California, Joe played for their college basketball teams as a guard. He graduated from Hopkins High School in 2011 and led the school to three state championships in 2009, 2010 and 2011, which led him to be named Minnesota Mr. Basketball in 2011. He was also a Top 100 ESPN Recruit.

Does Joe win The Bachelorette 2021?

So…does Joe win The Bachelorette 2021? The answer is no. According to Reality Steve, Nayte Olukoya, a 27-year-old sales executive from Austin, Texas, was the winner of Michelle’s Bachelorette season. Nayte proposed to Michelle during the Final Rose Ceremony in Punta de Mita, Mexico, where Michelle filmed her Fantasy Suites. Michelle accepted Nayte’s proposal and gave him her Final Rose. Brandon Jones, a 26-year-old traveling nurse recruiter from Portland, Oregon, was her runner-up. (For more spoilers about Michelle’s Bachelorette season and her winner, click here.)

Reality Steve confirmed in December 2021 that Michelle and Nayte were still together. Reality Steve’s confirmation came after rumors that Michelle and Nayte had broken up after claims that he split with his girlfriend of five years right before Michelle’s Bachelorette season. There were also rumors that Michelle had reunited with Joe Coleman— who came in third place on her Bachelorette season and also lives in Michelle’s home state of Minnesota—after her breakup with Nayte.

“What’s up with rumors Nayte had a girlfriend of five years right before the show? And that [he and Michelle have] broken up, and she’s with Joe? Any validity to either statement?” a Twitter user asked Reality Steve, to which he responded, “Not true. Michelle & Nayte are engaged. You’ll see that Tuesday. People just looking for clicks.” Reality Steve also claimed that he’s talked to Nayte’s ex-girlfriend and confirmed that they had broken up long before Nayte went on Michelle’s Bachelorette season. “As for his ex, I’ve spoken to her a few times over last 2 months. She never wanted to b